The Beast of Kavos’s ‘rape kit’: Police reveal horrifying stash including a loaded shotgun, knives, screwdrivers and pliers that was discovered after serial rapist was arrested

Greek police have revealed the horrifying contents of a ‘rape kit’ that was discovered after a serial sex attacker dubbed the Beast of Kavos was arrested last week.

The stash of items, found close to where 47-year-old Dimitris Aspiotis was arrested on Friday, included a loaded shotgun, knives, pliers, and two screwdrivers.

Also included were several mobile phones, power banks and a solar charging panel, an oil lamp and candles, along with a pair of black gloves. 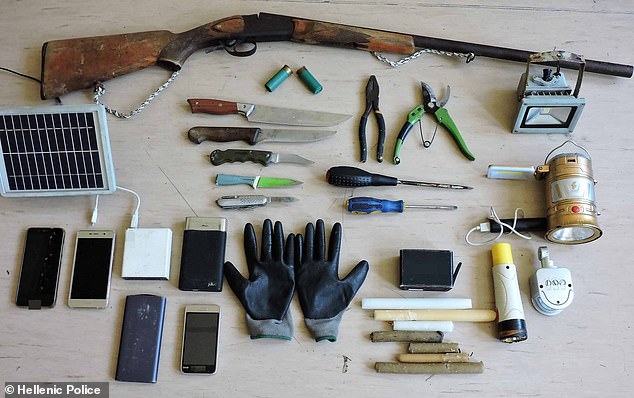 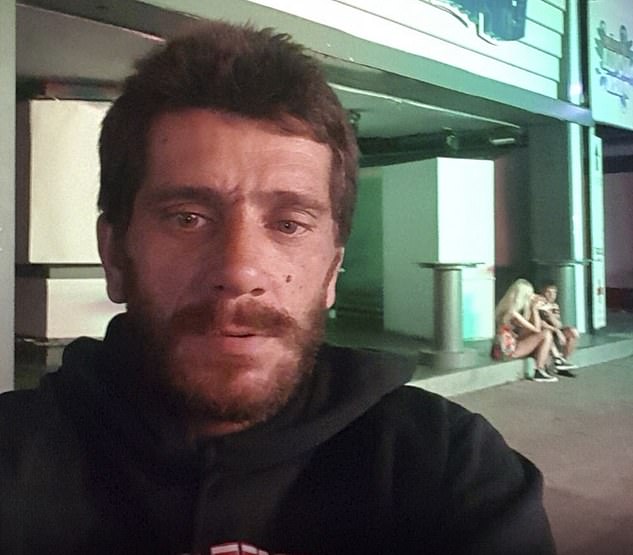 Aspiotis was arrested after falling down a cliff while trying to run from police near the town of Lefkimmi, breaking his back in the process.

He is now under guard in Corfu hospital, where he is recovering from his injuries before he can be hauled to court.

The homeless man was previously convicted of a string of attacks on women on the Greek holiday island and sentenced to 52 years in 2012.

However, he was released back on to the island in August last year after a change in the law – despite warnings from police.

Aspiotis targeted female visitors on the island, included at least four Britons. Police believe there may be more than 100 victims.

A stash of weapons found close to where he was captured included a loaded shotgun, two rounds of ammunition, five knives, two screwdrivers, pliers and secateurs 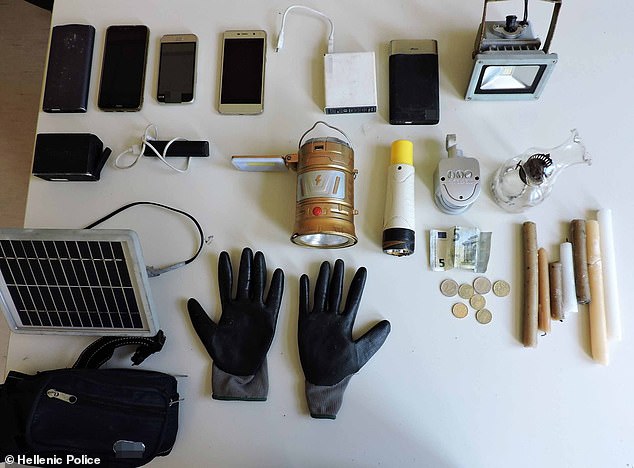 Also included in the stash were several mobile phones and power banks, a solar charging panel, candles, lamps and a pair of black gloves

Officers say his latest victim is an Albanian woman who was visiting the island with her partner earlier this month.

She went missing overnight on May 5, and police found her in a hut four days later.

The woman told officers that a man had forced her into the woods at knifepoint and held her in the hut, while forcing her to perform ‘indecent acts’.

Officers launched a hunt for the perpetrator – who they say in Aspiotis – before discovering him last week.

After being spotted by officers, police say he ran and jumped over a steep cliff towards a beach below – fracturing his leg, hip, spine and rupturing his kidney.

Officers cordoned off the beach while a rescue team was brought in to get him off the cliff face. 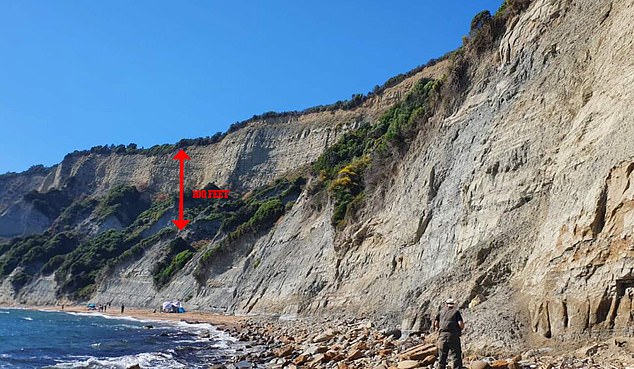 As police closed in on Aspiotis he ran and jumped over the edge of a steep cliff, falling 100ft and breaking his back in the process 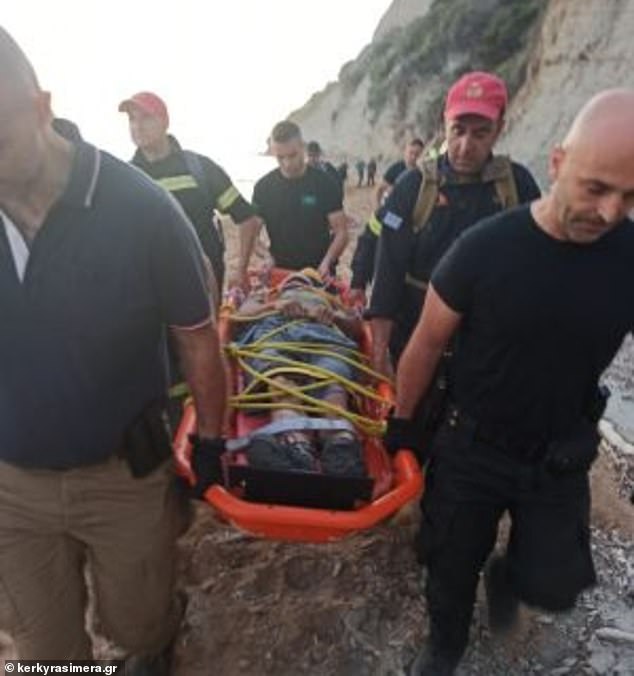 It took 50 officers and rescue workers three hours to free him from the cliff-face so he could be arrested. He is now recovering in hospital, after which he will be hauled to court

Pictures show officers carrying him away strapped to a back-board.

Greece’s Hellenic Police said more than 100 officers were involved in the search, which included dogs and the Coast Guard.

‘I have to congratulate all the police officers for the zeal and honesty they showed in their research and professionalism at all stages of this difficult operation,’ a police spokesman said.

‘They were working in very difficult conditions for many days in the forest, often endangering their own health.’

Police said that when Aspiotis was arrested he was found wearing a bum-bag with two phones inside it.

Searches of the area where he was found then uncovered the stash of weapons and equipment, which included a sleeping bag and other items for surviving outdoors.