The Chase star Shaun Wallace has slammed the ‘reprehensible’ stop and search of Team GB athlete Bianca Williams on Saturday, while revealing police stopped him twice while leaving court believing he was a robbery suspect.

Speaking on Good Morning Britain, the barrister said: ‘I’ve been the victim of racial profiling.

‘One time I was coming out of Kingston Crown Court with a solicitor who was white. 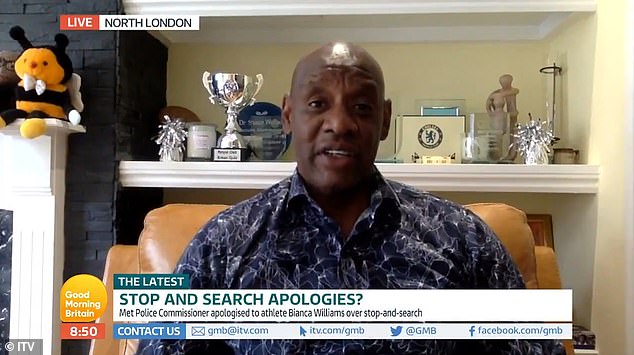 The Chase star Shaun Wallace revealed he had been the victim of racial profiling on two occasions, near crown courts in Kingston and Liverpool

‘I saw these two plain clothes officers rush up to me. They told me that I fitted the description of a person who took part in a robbery.

‘They asked me where I was coming from, I said Kingston Crown Court, they presumed I was a defendant and I had to prove where I had come from by opening my bag to show them my wig and gown. I didn’t get an apology then.’

The 60-year-old revealed he was stopped on another occasion near Liverpool Crown Court, where once again he had to show his wig and gown to prove why he was nearby.

Mrs Williams and her Portuguese sprinter husband Ricardo dos Santos, 25, were hauled from their Mercedes and handcuffed in front of their three-month-old son in Lanhill Road, Maida Vale, on Saturday afternoon. 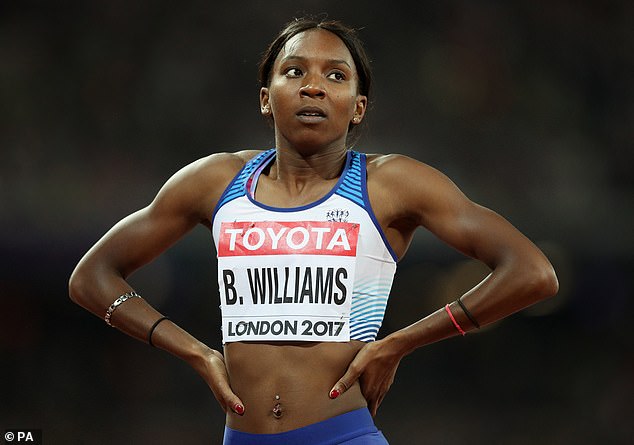 The TV personality said it was ‘totally reprehensible’.

He told GMB: ‘Yes the police have a job to do and I fully accept that, by the same token it was quite clear in a situation like that they were racially profiled, by virtue of the fact that a black man cannot drive a posh car in a certain area.

Mr Wallace, who has been on The Chase since it began in 2009, said: ‘I think it’s a clear case of conscious bias, in the way sometimes police officers react and act towards young black people in particular.

‘I do accept that police officers do have a difficult job to do, but as I say we’ve got to eradicate this conscious bias which clearly is coursing throughout the whole of the police force.’ 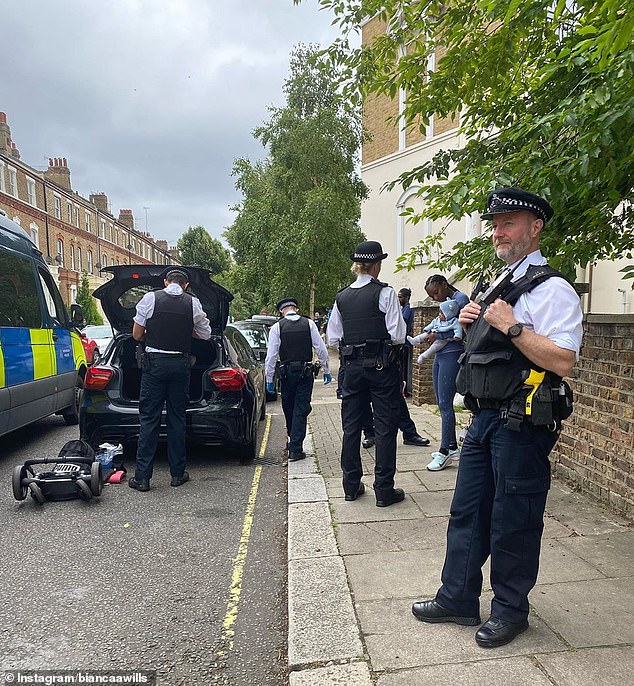 A photo shared on Instagram by Ms Williams of the stop and search confrontation. She is to the right of the centre of the photo, with her three-month-old son

‘The police really should apologise and they should have apologised from the off.

‘Where the police are wrong, they should apologise.’

Mr Wallace explained to viewers the discussion he has with young black people on dealing with the police when he visits schools, saying: ‘It’s easy for me to say that you shouldn’t react in a certain way because obviously I’ve been in that situation myself.

‘I think I have the benefit of experience knowing not to react in a way which will be to my detriment.

‘It’s very difficult in those circumstances.’

Dame Cressida told the Home Affairs committee she echoed a senior officer who had said ‘I’m sorry’ to the 26-year-old over the incident, which was heavily criticised and branded ‘racial profiling’ after video of it went viral.

And as she was questioned by the Home Affairs Committee, Dame Cressida restated the apology made by her colleague and said they were reviewing handcuff policy.

She told MPs: ‘Two of my officers spoke on our behalf to Miss Williams and I think all of us watching could empathise with somebody who is stopped in a vehicle, who has a young child in the back, who does not know what is going on and is subsequently found, together with her partner, not to be carrying any illicit goods or weapons

‘My senior officer has ‘I’m sorry’ to Miss Williams for the distress we caused her, and I say that too.’