A would-be-thief who smashed up cars belonging to NHS heroes working ‘flat out’ to help coronavirus victims has been jailed for 12 months.

Callum Wood, 31, broke into the vehicles of staff while they were ‘risking their lives’ at James Cook Hospital in Middlesbrough, a court heard.

One healthcare assistant finished a 12-hour shift on the wards and found her back windscreen shattered when she was about to drive home. 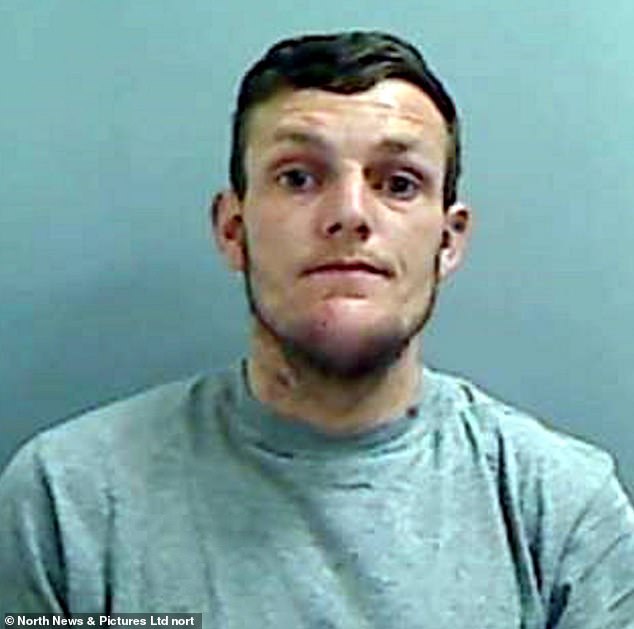 Other NHS heroes found their vehicles wrecked after slaving away on the front line, prosecutors told Teesside Magistrates Court on Monday.

Police were stunned when they heard reports of the vehicles being ‘smashed up’ in the hospital car park on Sunday at time of ‘national crisis’.

When security staff approached the thug – who had been looking for something to steal – at 2.30pm he became aggressive towards them but was arrested.

Wood, from Middlesbrough, admitted four counts of attempted theft from a motor vehicle.

Det Con Elizabeth Malcolm, from Middlesbrough CID, said: ‘At a time of national crisis, this man has broken into vehicles belonging to NHS staff and tried to steal from them.

‘It’s appalling that anyone would do this at any time, let alone when our NHS colleagues are working flat out and putting themselves at risk for others. 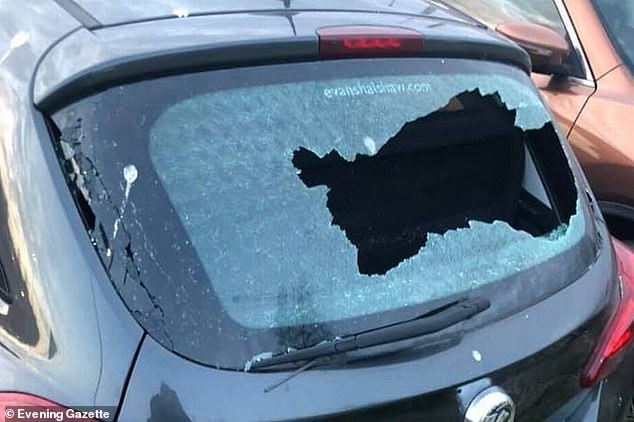 Wood, from Middlesbrough, was charged with four counts of attempted theft from a motor vehicle (pictured, the aftermath)

‘Coupled with Callum Wood’s previous offending, he was quite rightly sentenced to three months consecutive for each offence, a total of 12 months imprisonment.

‘We welcome the sentence and want to warn anyone else who thinks it is acceptable to behave in such a manner, or who causes fear or harm in the current climate, we will find those responsible and we will prosecute them.’

A further charge of being possession of a sharply bladed article was withdrawn. Wood was also ordered to pay £122 victim surcharge.