A MAN was shot in the back in Times Square on Sunday evening while reportedly walking through the area with his family.

The 21-year-old was not the intended target and was hit by the bullet after afight erupted between a group of five or six men nearby. 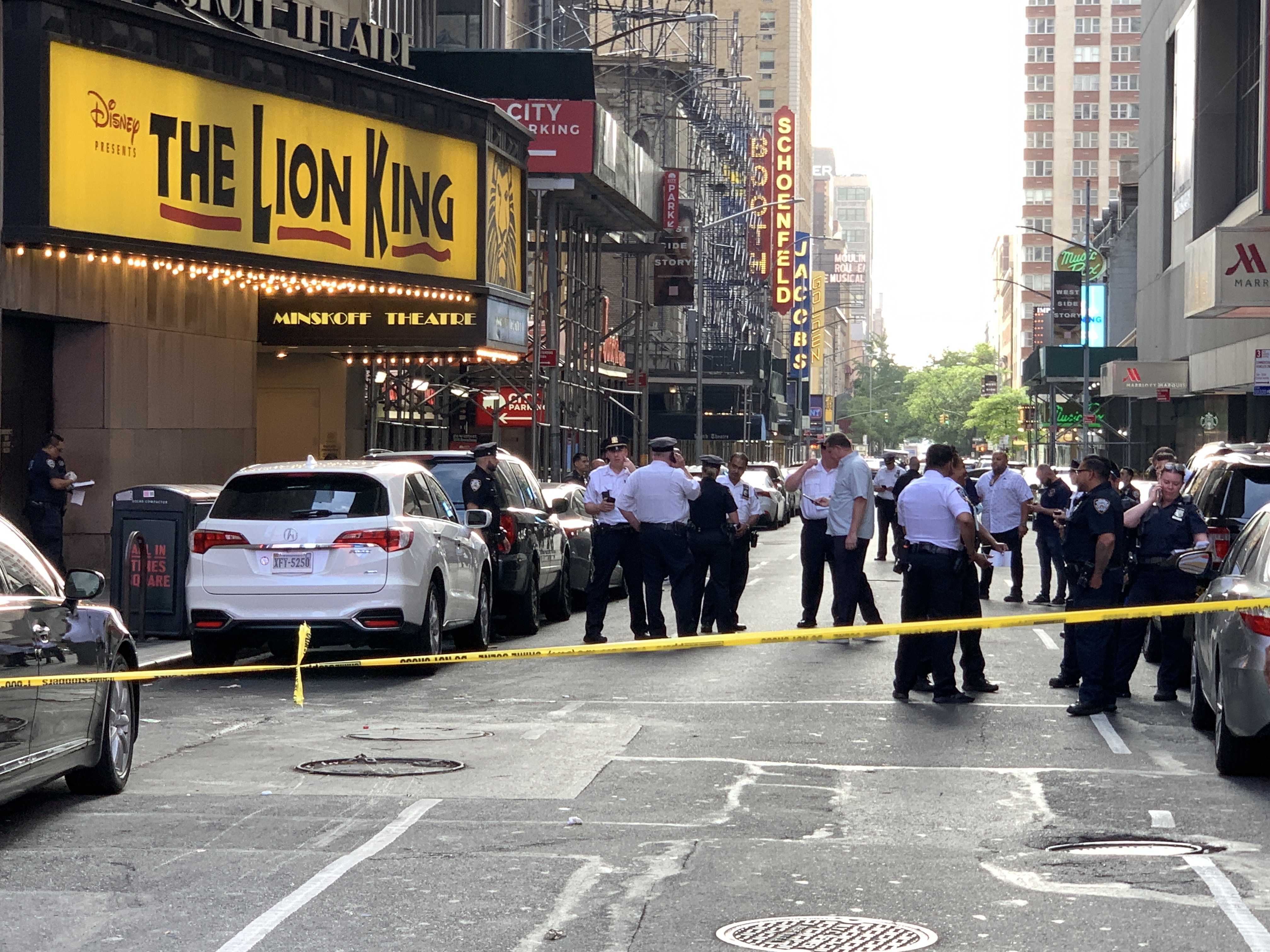 He was standing just a few feet away from the fight when one of the group pulled out a gun and started firing, police said.

The man was taken to Bellevue Hospital after suffering non-life-threatening injuries.

The bullet was visible and did not pierce through his body, according to ABC 7.

No arrests have yet been made and the gun has not been recovered as police hunt for two suspects, NBC New York reports. 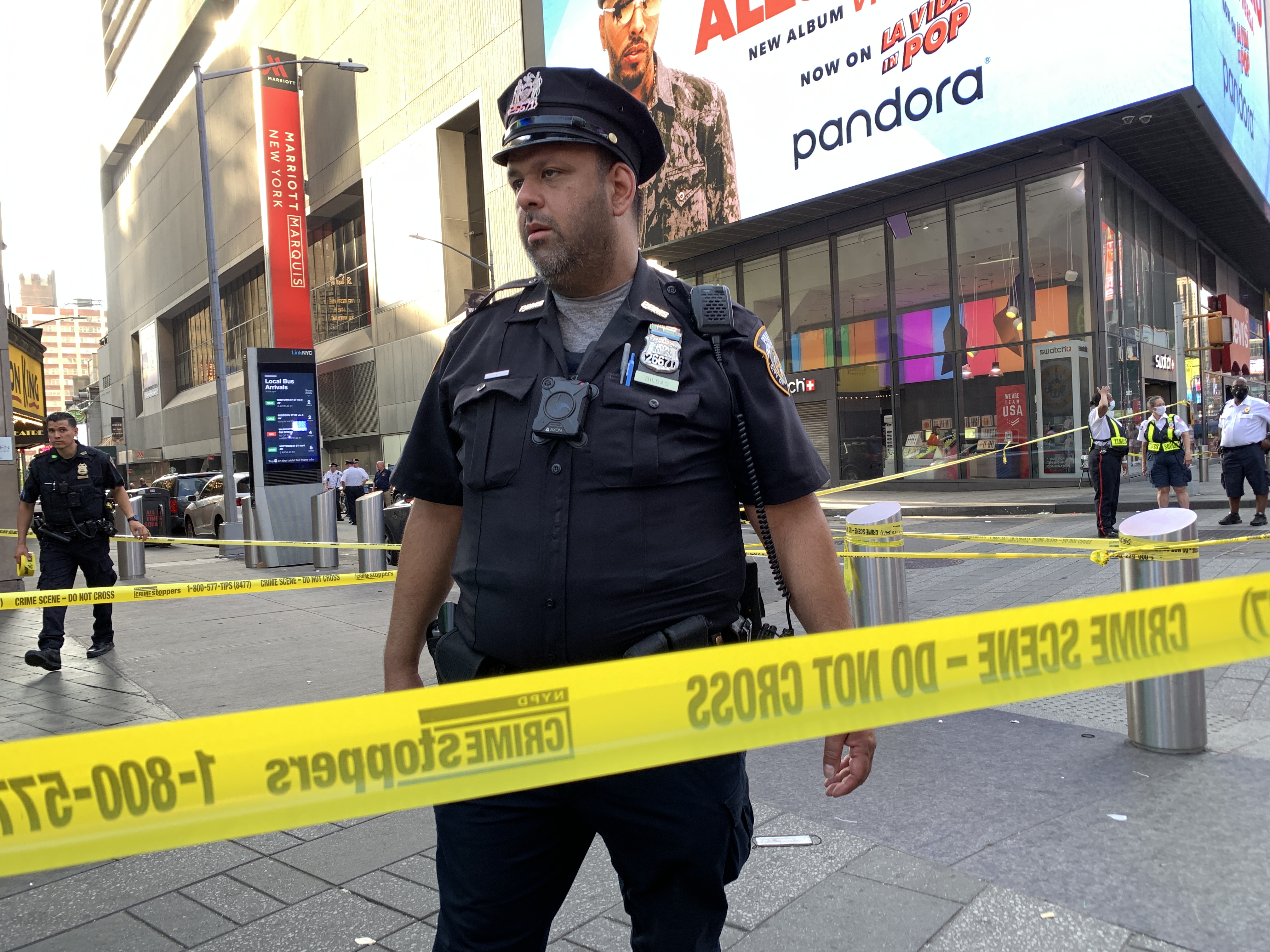 The shooting happened near 1535 Broadway at 7th Ave and 46th Street at around 5.30pm, ABC reports.

The men arguing were standing under the Marriott Marquis sign on 45th Street, according to police.

It is not clear why they were arguing.

A witness said she heard a loud pop and claimed that the victim appeared to be with friends of family when he was shot.

An official told NBC that the man is from upstate New York and had been staying in a hotel with his wife, sister, and brother-in-law.

"Everybody was kind of confused, just looking around," Sydney Santana told ABC.

"They blocked off the street really quick so no one could get down the street." 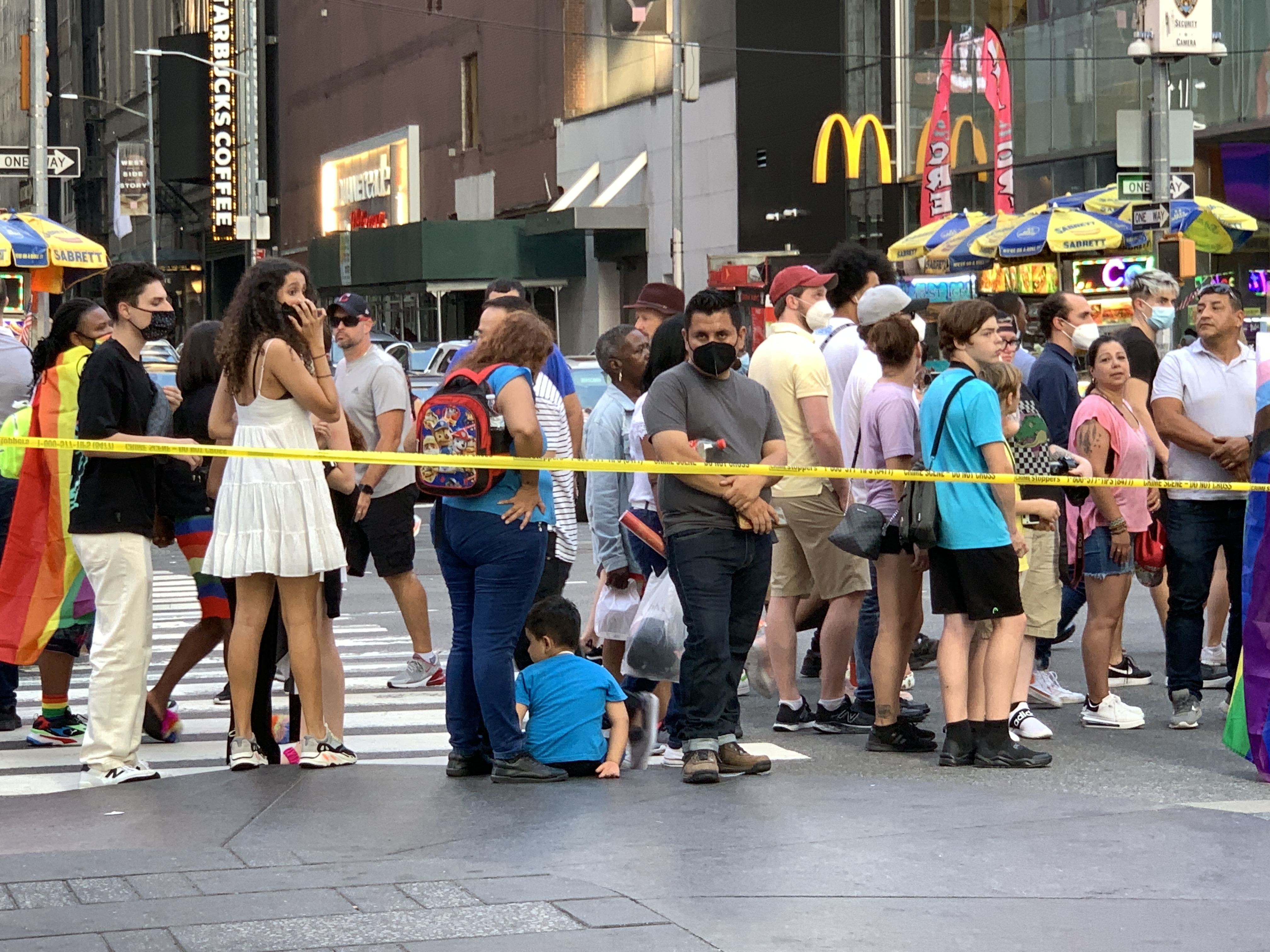 She added that the victim appeared to be alert and talking as he was taken away on a stretcher.

It comes less than a month after the last shooting in Times Square on June 3.

In May, two women and a four-year-old girl were also wounded in a shooting at the popular tourist area.

The suspect was later arrested in Florida after a four-day manhunt.

Farrakhan Muhammad, 31, was arrested in the parking lot of a Jacksonville McDonalds on May 13.

Police said he tried to shoot his brother but missed, and instead hit and injured three people: Four-year-old Skye Martinez, Wendy Magrinat, 23, and Marcela Aldana, 43.

No suspects in Sunday's shooting have yet been identified.

The NYPD has asked people to avoid the area as the investigation continues.