DONALD Trump has now been sued over his role in the Capitol riot as Dems desperately try to stop the former president from running again.

The lawsuit by the chairman of the House Homeland Security CommitteeBennie Thompson is believed to be the first filed by a member of Congress. 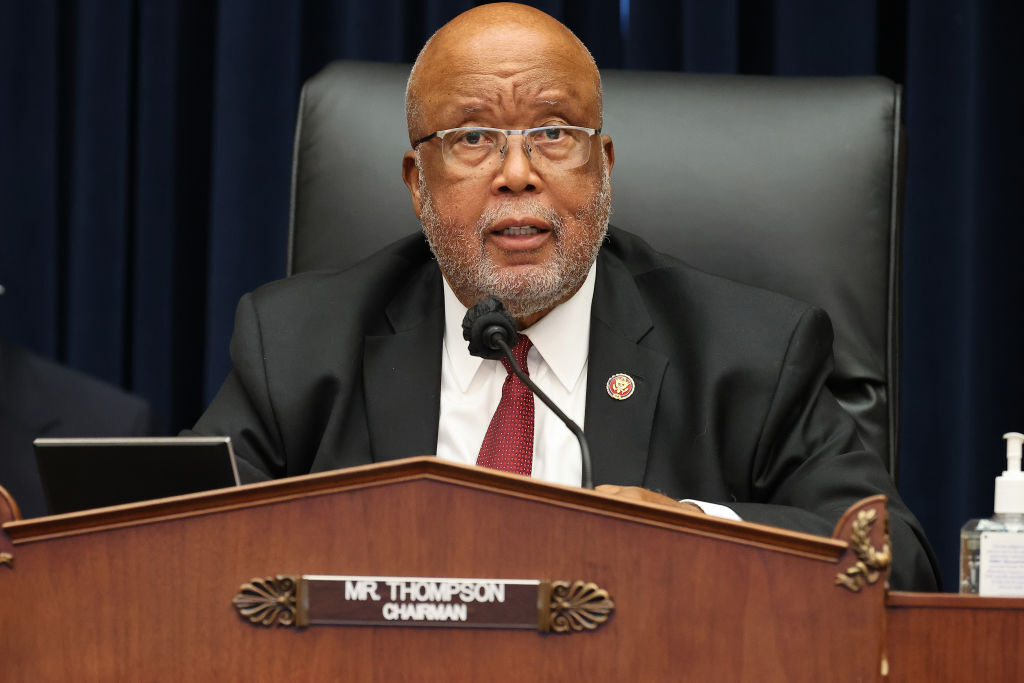 According to the N.A.A.C.P. other members of Congress, including Democrats Representatives Bonnie Watson Coleman of New Jersey and Hank Johnson of Georgia, are expected to join the litigation in the coming weeks.

The case also names as defendants the Republican former president’s personal lawyer Rudy Giuliani and groups including the Proud Boys and the Oath Keepers, extremist organizations that had members charged by the Justice Department with taking part in the siege.

Lawyers for Trump have denied that he incited the riot.

A Trump adviser didn't immediately comment about the lawsuit on Tuesday, and a lawyer for Giuliani did not immediately return an email seeking comment. 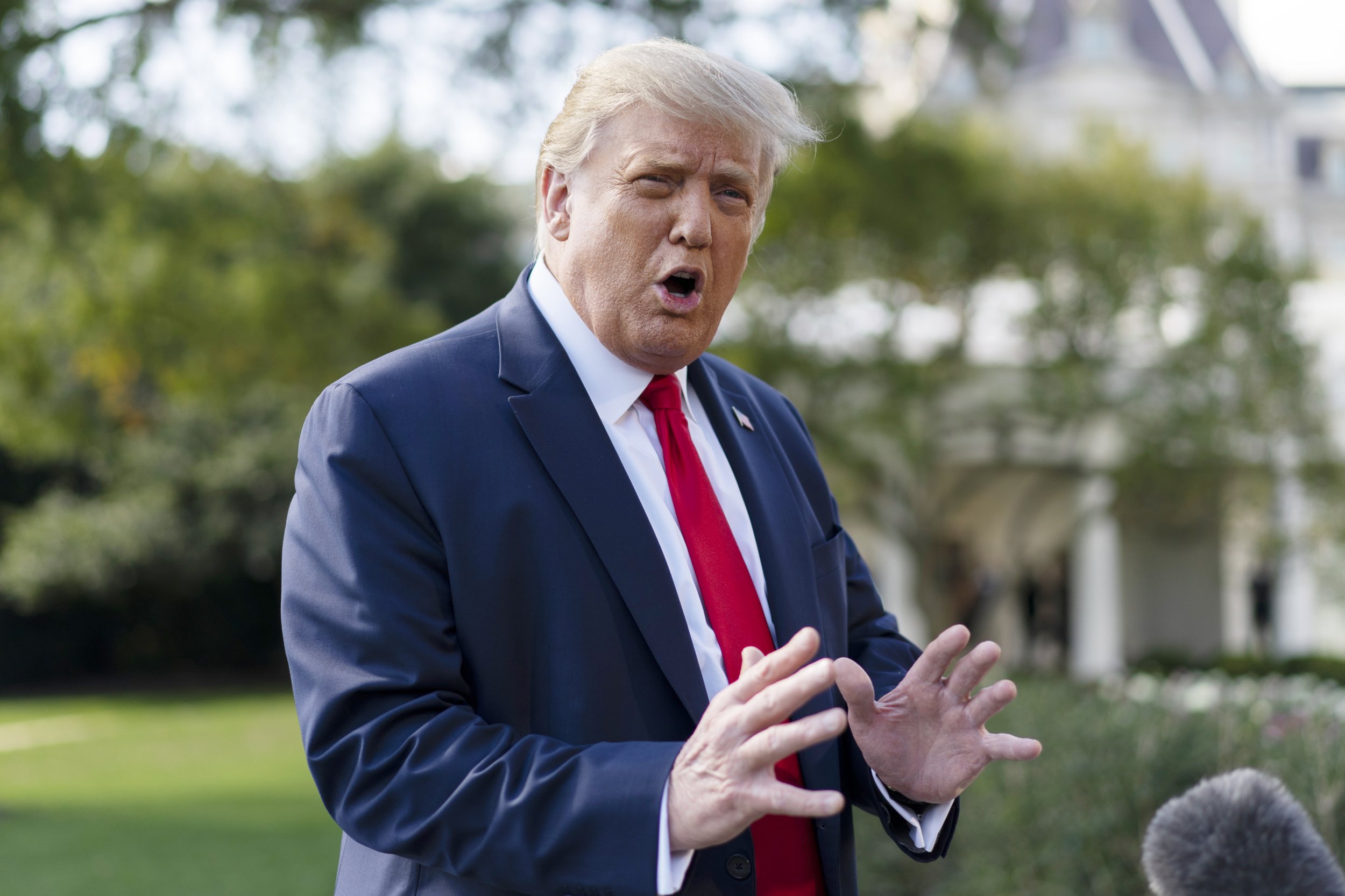 The suit, filed in federal court in Washington under a Reconstruction-era law known as the Ku Klux Klan Act, comes three days after Trump was acquitted in a Senate impeachment trial that centered on allegations that he incited the riot, in which five people died.

That acquittal is likely to open the door to fresh legal scrutiny over Trump’s actions before and during the siege.

Even some Republicans who voted to acquit Trump on Saturday acknowledged that the more proper venue to deal with Trump was in the courts, especially now that he has left the White House and lost certain legal protections that shielded him as president.

The suit traces the drawn-out effort by Trump and Giuliani to cast doubt on the election results even though courts across the country, and state election officials, repeatedly rejected their baseless allegations of fraud. Despite evidence to the contrary, the suit says, the men portrayed the election as stolen while Trump "endorsed rather than discouraged" threats of violence from his angry supporters in the weeks leading up to the assault on the Capitol. 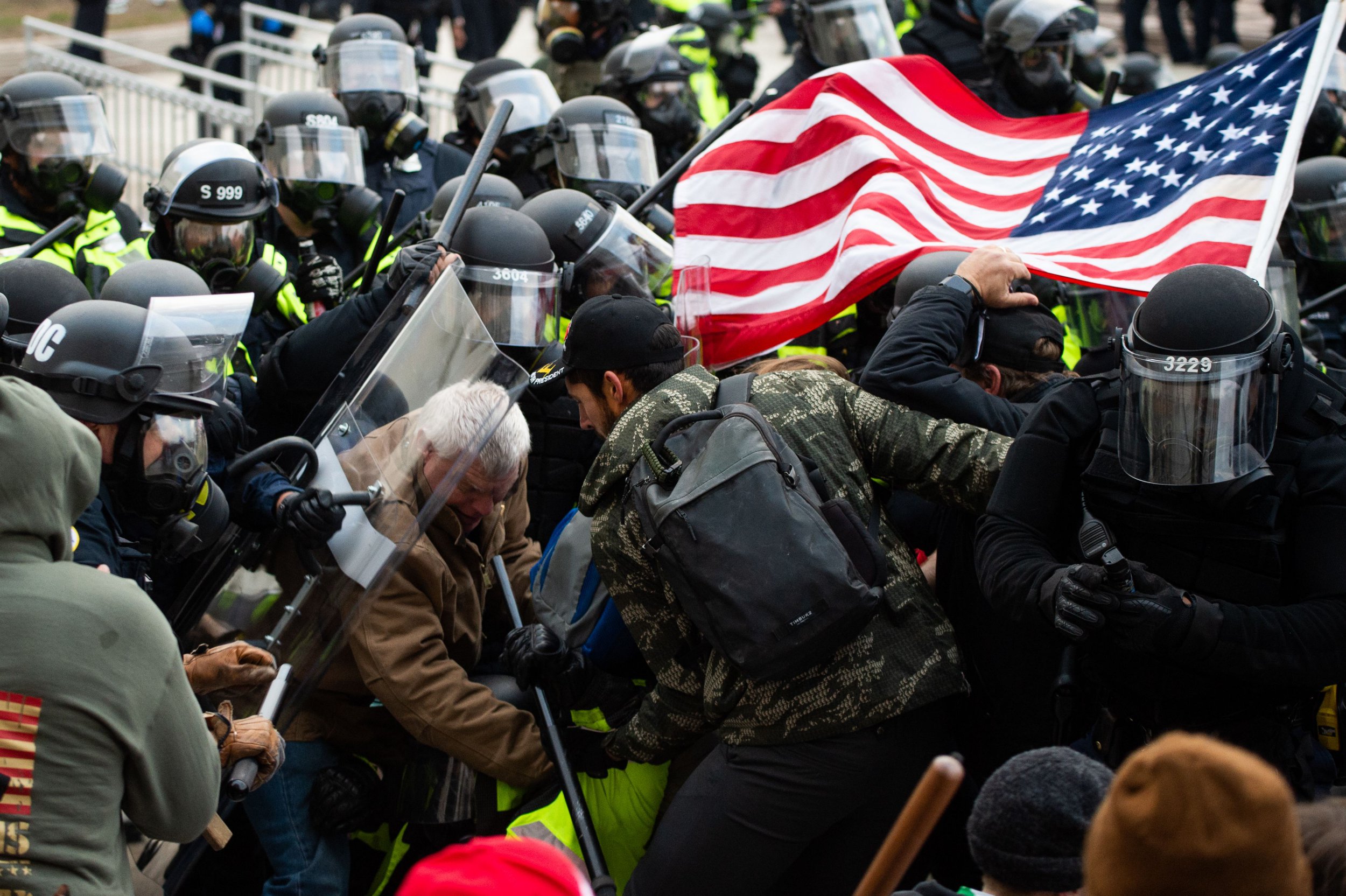 "The carefully orchestrated series of events that unfolded at the Save America rally and the storming of the Capitol was no accident or coincidence," the suit says.

"It was the intended and foreseeable culmination of a carefully coordinated campaign to interfere with the legal process required to confirm the tally of votes cast in the Electoral College."

Presidents are historically afforded broad immunity from lawsuits for actions they take in their role as commander in chief.

But the lawsuit filed Tuesday was brought against Trump in his personal, not official, capacity and alleges that none of the behavior at issue had to do with his responsibilities as president.

"Inciting a riot, or attempting to interfere with the congressional efforts to ratify the results of the election that are commended by the Constitution, could not conceivably be within the scope of ordinary responsibilities of the president," Joseph Sellers, a Washington lawyer who along with the NAACP filed the lawsuit on Thompson’s behalf, said in an interview.

"In this respect, because of his conduct, he is just like any other private citizen," Sellers said.

Though the impeachment case focused squarely on accusations of incitement, the lawsuit more broadly accuses Trump of conspiring to disrupt the constitutional activities of Congress — namely, the certification of election results establishing Biden as the rightful winner — through a monthslong effort to discredit the outcome and to lean on individual states and his own vice president to overturn the contest.

The case against Trump was brought under a provision of the Ku Klux Klan Act of 1871, which was passed in response to KKK violence and prohibits violence or intimidation meant to prevent Congress or other federal officials from carrying out their constitutional duties.

"Fortunately, this hasn’t been used very much," Sellers said.

"But what we see here is so unprecedented that it’s really reminiscent of what gave rise to the enactment of this legislation right after the Civil War."

The suit cites incendiary comments that Trump and Giuliani made in the weeks leading up to the riot and on the day of it that lawyers say were designed to mobilize supporters to work to overturn the election results and to prevent the Senate’s certification process.

That process was temporarily interrupted when Trump loyalists broke into the Capitol.

Monster gave Angel a life sentence but he'll be out in two years, say family

Currys driver sacked over 'creepy texts' to customers 'has lost everything'

Trump told supporters at a rally preceding the riot to "fight like hell," but lawyers for the former president adamantly denied during the impeachment trial that he had incited the riot.

They pointed to a remark during his speech in which he told the crowd to behave "peacefully" that day. Defense lawyers are likely to revisit those assertions in the lawsuit.

They may also argue, as was done during the impeachment case, that Trump’s speech was protected by the First Amendment.

It comes as Senator Ron Johnson downplayed the storming of the U.S. Capitol last month, saying  'didn't seem like an armed insurrection', during a conversation on conservative talk radio WISN-AM.

The Winsconsin Senator voted to acquit former President in his second impeachment trial on Saturday.

He said: “This will get me in trouble, but I don’t care.

"The group of people that supported Trump, the hundreds of thousands of people who attended those Trump rallies, those are the people that love this country.

Johnson, who has not confirmed whether he'll run for reelection in 2022, continued: "When you hear the word ‘armed,’ don’t you think of firearms? Here’s the questions I would have liked to ask -how many firearms were confiscated?

"How many shots were fired? I’m only aware of one, and I’ll defend that law enforcement officer for taking that shot, it was a tragedy, but I think there was only one," he said.

"If that was a planned armed insurrection, man, you had really a bunch of idiots."