PRESIDENT Donald Trump on Monday said "there won't be defunding" of police departments in the wake of calls for it following George Floyd's death in police custody.

Speaking during a meeting with law enforcement officers at the White House, Trump said: "There won’t be dismantling of our police, and there’s not going to be any disbanding of our police." 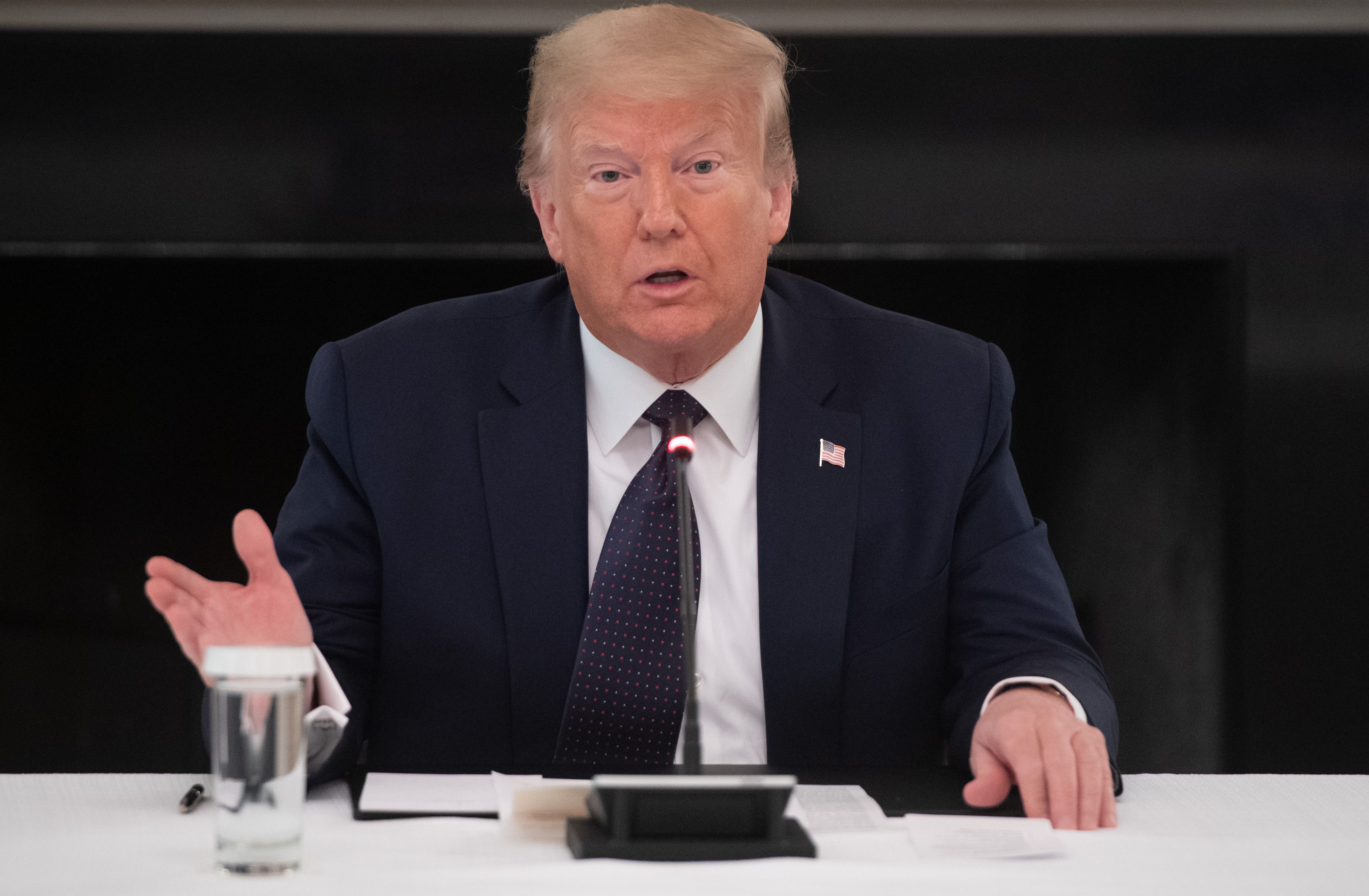 "Our police have been letting us live in peace, and we want to make sure we don’t have any bad actors in there."
"You might have some cities who wanna try" to defund police departments, the president said, but added it's a "sad situation."

The president said he believes that "99 percent" of police officers are "great people."

Activists have been calling for defunding to police departments after Floyd, a 46-year-old black man, died after getting arrested in Minneapolis on May 25 for allegedly trying to use a fake $20 bill at a deli.

White former cop Derek Chauvin kneeled on the back of Floyd's neck for nine minutes, and he later died.

On Sunday, the Minneapolis City Council voted to disband the Minneapolis Police Department, with council member Jeremiah Ellison promising that the council would “dismantle” the department.

“It is clear that our system of policing is not keeping our communities safe,” Lisa Bender, the council president, said. “Our efforts at incremental reform have failed, period.”

Nine of the council’s 12 members appeared with activists at a rally in a city park Sunday afternoon and vowed to end policing as the city currently knows it.

House Speaker Nancy Pelosi said the US can't settle for anything less than structural change.

Democratic leaders pushed back, saying their proposal would not eliminate police departments, but establish new oversight.

Joe Biden, the Democratic presidential nominee, does not believe that police should be defunded, according to his spokesperson, Andrew Bates.

The Justice in Policing Act would limit legal protections for police, create a national database of excessive use of force incidents, and would ban police chokeholds, among other changes.

The legislation would revise the federal criminal police misconduct statute to make it easier to prosecute officers who are involved in misconduct knowingly or with reckless disregard.

The legislation would also create a National Police Misconduct Registry, a database to try to prevent officers from transferring from one department to another with past misconduct undetected.