PRESIDENT Trump plans to send 150 federal agents to Chicago for a lengthy stay as unrest in the city sparked by Black Lives Matter protesters continues unabated.

The Department of Homeland Security is slated to have about 150 of its Homeland Security Investigations agents embark for the troubled city to deal with the spike in crime, an official with direct knowledge of the plans told the Associated Press. 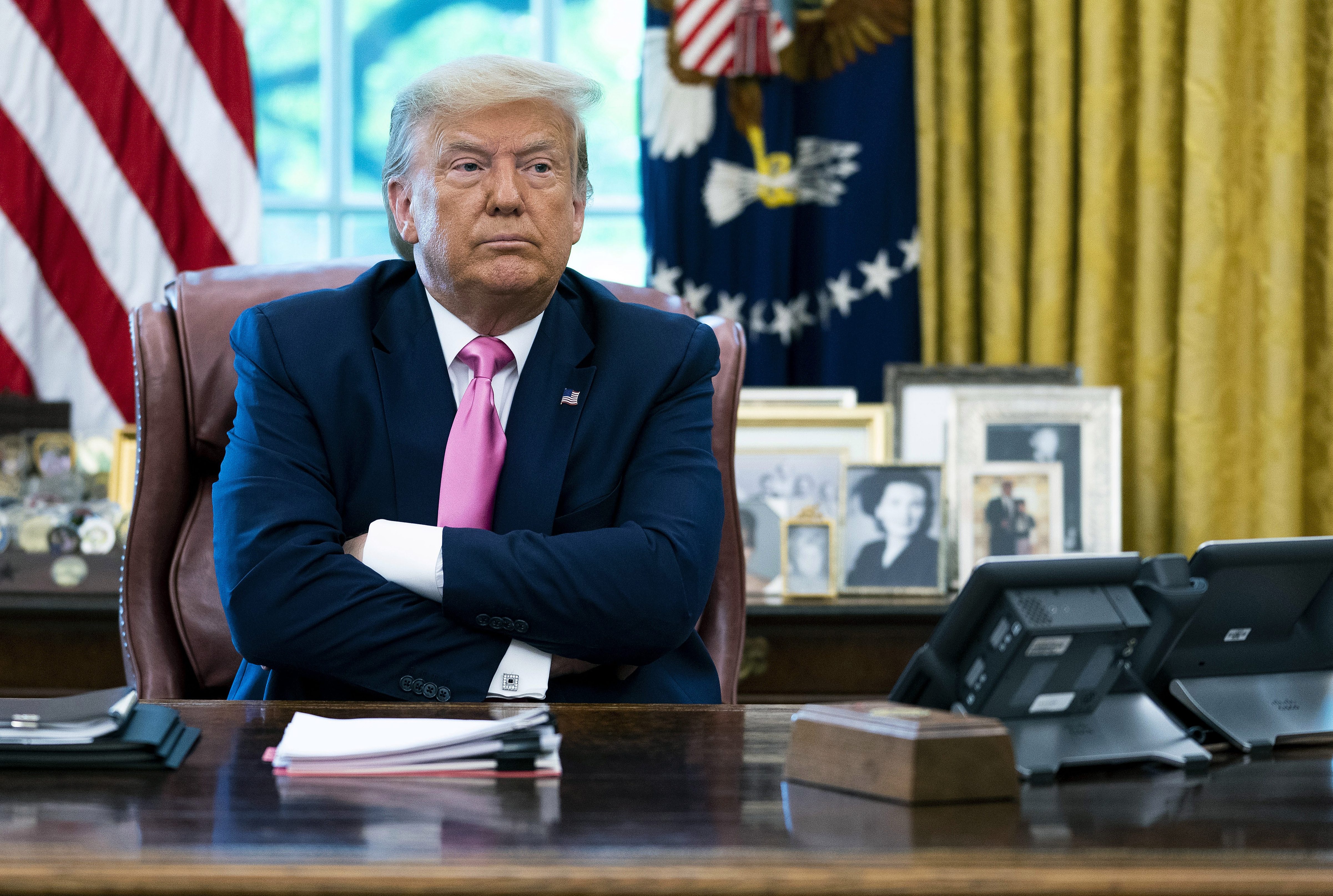 The president confirmed Monday that the federal government was getting involved in the Illinois city as clashes between protesters and police ensued.

The agents being tasked with turning around Chicago are typically used in investigations into human trafficking, drugs and weapons smuggling. Any arrests made will be for federal crimes, not local ones, the AP reported.

The agents' exact orders upon arriving in Chicago, and how they'll work with local police, was not immediately clear.

When questioned Monday about the initial reports to send an additional 175 officers into the area, Trump replied: "Well, it depends on what your definition of 'troops' is. I mean, we're sending law enforcement."

The president also made it clear the government's intervention in Portland and upcoming move into Chicago may only be the start of federal troops coming to the aid of several beleaguered cities.

Speaking from the White House on Monday, Trump said: "We're not going to let New York and Chicago and Philadelphia, Detroit and Baltimore and all of these, Oakland is a mess.

"We're not going to let this happen in our country. All run by liberal Democrats."

Honing in on the violence in Chicago, Trump said with the number of shootings over the weekend – 63 – the city is "worse than Afghanistan."

The law enforcement officers will focus on illegal gun sales and gun violence among other targets, CNN reported.

Earlier on Monday, Chicago's Mayor Lori Lightfoot voiced her concerns with sending in the troops.

She said: "We don't need federal agents without any insignia taking people off the streets and holding them, I think, unlawfully. That's not what we need."