Liz Truss is facing a backlash after she refused to say whether Emmanuel Macron was a ‘friend or foe’ of Britain.

The Foreign Secretary, speaking to Tory members in Norwich last night, claimed ‘the jury’s out’ on the French President.

As well as risking a diplomatic spat across the Channel, the Tory leadership favourite’s comments prompted immediate criticism – including a rebuke from Berlin.

Ms Truss, who is widely expected to replace Boris Johnson as Prime Minister next month, was accused of a ‘worrying lack of judgement’ and of ‘playing to the gallery’ with her remarks.

The Foreign Secretary has previously used the Tory leadership contest to pledge to be ‘robust’ with French authorities over the Channel migrant crisis.

She is also claimed to be considering a fresh Brexit fight with France and other EU nations by tearing up the Northern Ireland Protocol within days of entering Number 10. 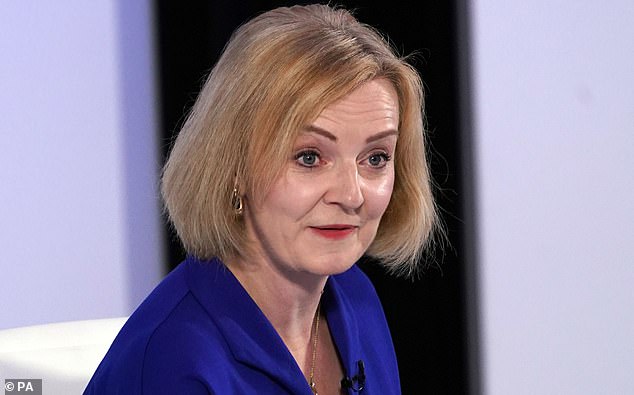 Liz Truss, speaking to Tory members in Norwich last night, claimed ‘the jury’s out’ on the French President 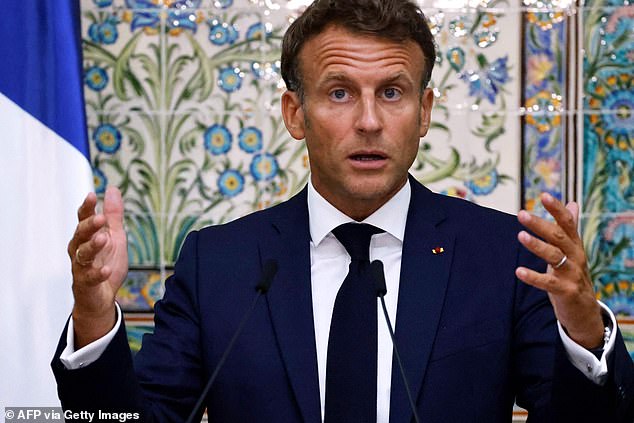 Awkward! Sunak says Truss is a better choice as PM than Boris… but she chooses Johnson over Rishi 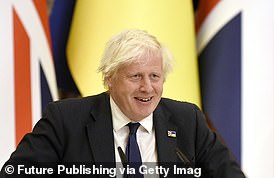 The Foreign Secretary’s answer came shortly after Mr Sunak himself had said he would rather Ms Truss as PM than Mr Johnson.

‘Lots of you here, I’m sure (are) upset with me for resigning, wish Boris was here, that is not going to help us move forward.

‘We’ve got to move forward as a party and when this is over we’re all on the same team, we’re all in the same family.

‘We’ve got to focus on beating Keir Starmer, and we’re not going to do that if we’re looking backwards. We’ve got to look forwards.’

Speaking at the penultimate hustings event in the Tory leadership contest last night, Ms Truss said of Mr Macron: ‘If I become PM, I will judge him on deeds not words.’

But critics pointed to how the UK and France are currently working together with other Western nations to face down Russian aggression in Ukraine.

Former Tory MP David Gauke, who served in Theresa May’s Cabinet alongside Ms Truss, said: ‘There’s playing to the gallery and then there’s letting the prejudices of the gallery go to your head, especially when now is one of the worst times to try to fragment the West.’

Lord Barwell, who was Mrs May’s chief of staff when she was PM, said: ‘You would have thought the Foreign Secretary was aware we are in a military alliance with France.’

And David Lammy, Labour’s shadow foreign secretary, added: ‘At a time when the West must stay united in the face of Russian attempts to divide us, the fact the Foreign Secretary has chosen to needlessly insult one of our closest allies shows a terrible and worrying lack of judgement.

‘Liz Truss’ decision making has clearly become clouded by weeks and weeks of playing to the gallery of Tory members rather than focusing on the country.’

Meanwhile, Germany’s ambassador to the UK issued a gentle rebuke to Ms Truss on the importance of Anglo-French relations.

Miguel Berger told BBC Radio 4’s Today programme: ‘I would say that the relationship with France is of crucial importance for the UK, so my recommendation would be really to look for a relationship that is as close as possible.’

He added: ‘I think there needs to be an effort to reach a good understanding and cooperation with our French neighbours.’

But Ms Truss did find backing for her comments about Mr Macron among her supporters.

Some noted how late last year, ahead of his successful campaign to be re-elected as French President, Mr Macron was reported to have referred to Mr Johnson as a ‘clown’ in a private conversation.

Meanwhile veteran Tory MP John Redwood, who is tipped for a Treasury role if Ms Truss becomes PM, said: ‘President Macron could show friendship to the UK by arresting the people smugglers on French beaches, and stopping the small boats undertaking illegal and dangerous voyages.

‘He could also back the need for GB to be able to sell goods freely in Northern Ireland.’

When Rishi Sunak, who is Ms Truss’s rival for the Tory leadership, was also asked whether Mr Macron was a ‘friend or foe’ at last night’s hustings, he quickly answered: ‘Friend.’