THE UK's daily Covid deaths have dropped below 200 for the first time in three days – as cases fall after JVT's grim Christmas warning.

A further 193 people lost their lives on Friday, down on the 214 fatalities recorded yesterday. 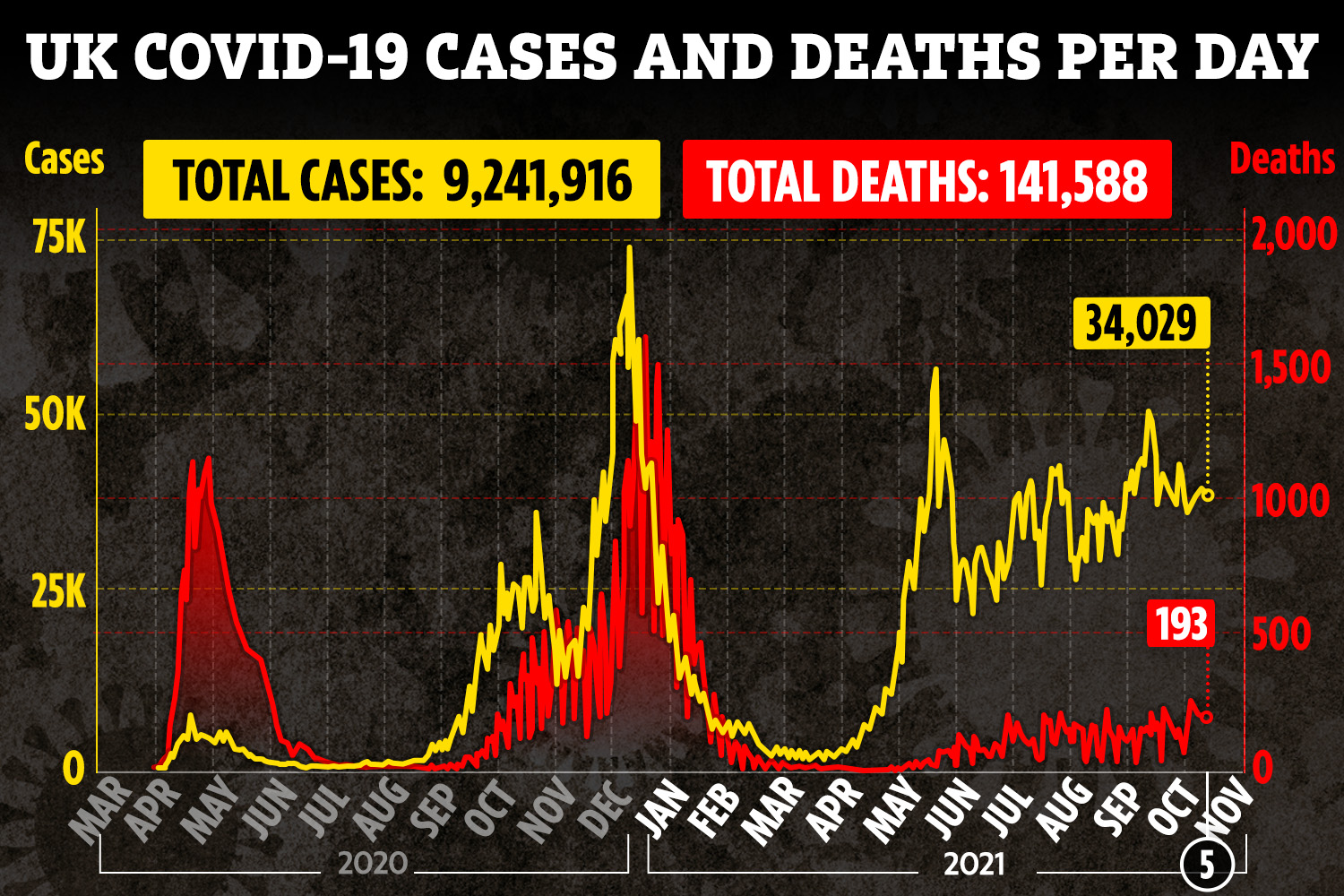 It follows a week of soaring death tolls, with yesterday marking the third day in a row that fatalities crossed the 200 mark.

Earlier this week, Deputy chief medical officer Jonathan Van-Tam warned Christmas is under threat for the UK as Covid is once again "penetrating" the older vulnerable group.

Van-Tam said the festive season will be "problematic" as the UK is "running quite hot" with high cases and rising deaths.

Hopes of a normal Christmas are starting to increase, but with no enforced social distancing and high case rates continuing – with flu still to come – scientists are worried.

Prof Van-Tam told the BBC: "Christmas, and indeed all of the darker winter months, are potentially going to be problematic.

"If you then look at hospital admissions, those have plateaued in the last four days. And if you look at the total number of patients in hospital with Covid, those have gone down in the last two or three days, but only a small bit.

"So what that tells me is that we have to just wait and see a bit longer – this could be a pause before things go up, it could be the very first signs that things are beginning to stabilise but at a high rate.

"But my worry is that the deaths are increasing and that shows that the infection is now starting to penetrate into those older age groups."

But, in a positive sign that a normal Christmas could be on the cards, statistics have shown that Covid-19 infections have dropped in schoolkids for the first time in weeks – as the crucial R rate plummets to as low as 0.9.

Around one in 50 Brits are currently infected with Covid-19 and one expert this week claimed we had 'passed the 2021' peak of infections.

Rates have decreased in school kids in year 7 to 11, but still remain at high levels.

Official graphs from the Office for National Statistics (ONS) show that cases in this age group are still higher than others but that they have significantly tailed off in the last week.

Experts have warned that it's too early to distinguish whether or not the October half term break has had an impact on infections.

An R value between 0.9 and 1.1 means that, on average, every 10 people infected will infect between 9 and 11 other people.

The Midlands, the North East and Yorkshire and the North West have the lowest rates in England – all between 0.9 and 1.1.