UK economy eases fears by surging 0.5% in May… but will the Bank of England now act to hike interest rates to curb rampant inflation?

The UK economy defied fears of a looming recession by surging 0.5 per cent in May.

Official figures showed GDP performing far better than the 0.1 per cent that had been pencilled in by analysts.

There was a bounceback across all three main sectors of the economy – services, manufacturing and construction.

The previous estimate for a 0.3 per cent drop in April was also revised down by 0.1 percentage points.

Chancellor Nadhim Zahawi said it was ‘great’ that UK plc was back into positive territory.

However, the better-than-expected showing will heighten anticipation that the Bank of England will take tough action to rein in rampant inflation – forecast to reach 11 per cent by the end of the year.

Anxiety about tipping the economy into recession has been tempering the Bank’s moves on interest rates. 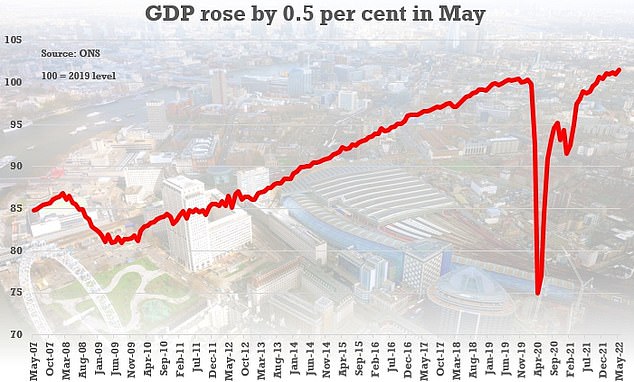 Official figures showed GDP performing far better than the 0.1 per cent that had been pencilled in by analysts

‘I know people are concerned, so we are continuing to support families and economic growth.

‘We’re working alongside the Bank of England to bear down on inflation and I am confident we can create a stronger economy for everyone across the UK.’

Darren Morgan, director for economic statistics at the Office for National Statistics (ONS), said: ‘The economy rebounded in May with growth across all main sectors.

‘Health was the biggest driver, with many more people seeing GPs, despite test and trace and the vaccination programmes winding down.

‘There was widespread growth across manufacturing after several tough months while construction also fared well with housebuilding and office refurbishment driving growth.’

There are fears that, with inflation already at 9.1 per cent, consumer spending will tumble as households tighten their belts, which could tip the UK into recession.

The data showed that growth in consumer-facing services fell by 0.1 per cent in May 2022, driven by a 0.5 per cent fall in retail trade as consumers reined in their spending amid cost pressures.

Overall, services output still grew by 0.4 per cent in May, while manufacturing rose by 1.4 per cent and construction lifted by 1.5 per cent, marking its seventh month of growth.

He said: ‘This is in part due to the impact of the Jubilee bank holidays, and this noise will continue to obscure the true state of the economy over the next few months.

‘The priority of the next prime minister must be getting the economy growing again.’ 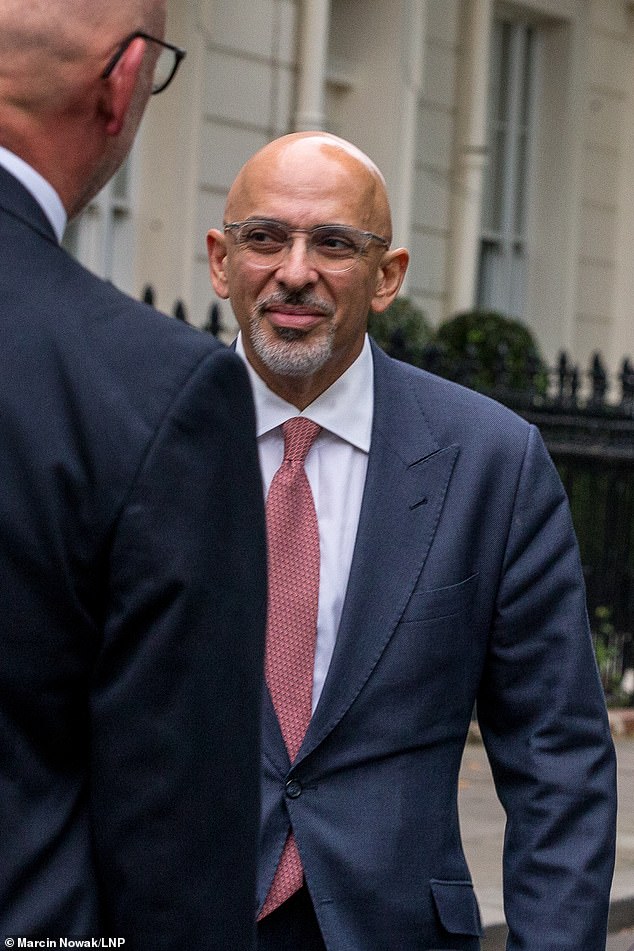