A Ukrainian refugee who survived April’s Bucha massacre has given birth in Britain.

Lena Kulakovska, 37, fled in June when she was 36 weeks pregnant.

Her baby Nicole was born in a Plymouth hospital last month.

‘I didn’t want to go anywhere,’ the mother said. 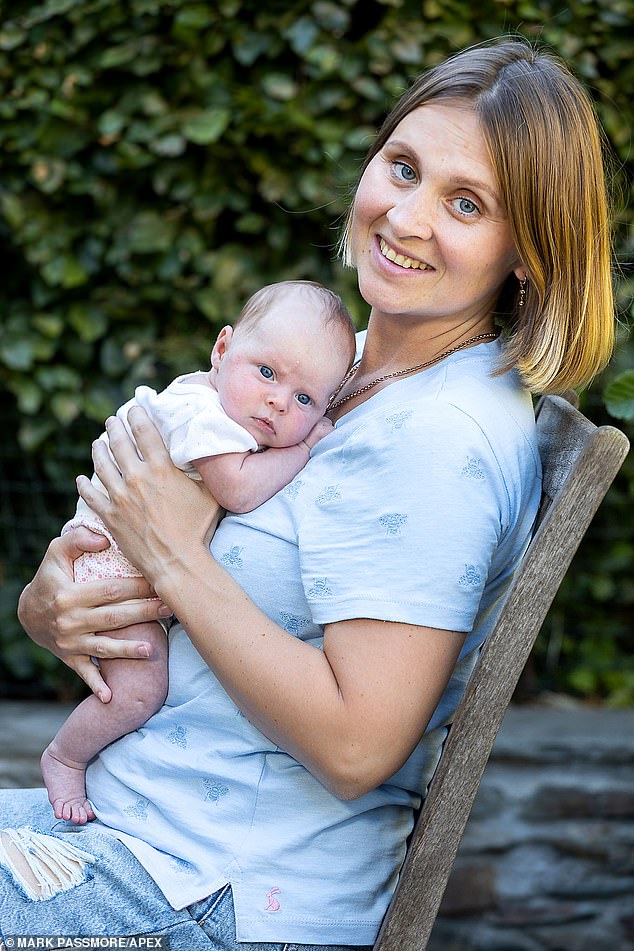 Lena Kulakovska, 37, fled in June when she was 36 weeks pregnant, and has since given birth to her daughter Nicole 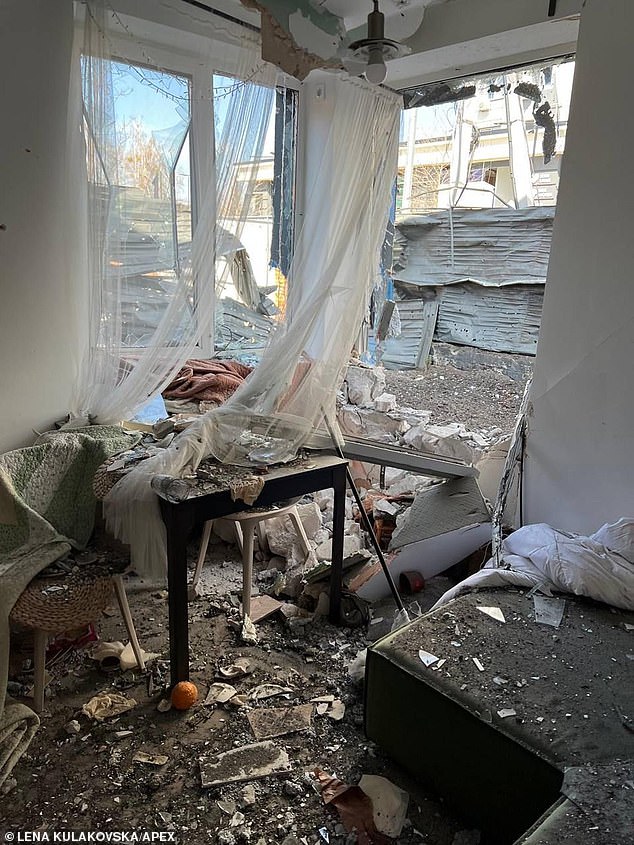 Lena said she stayed in Ukraine as long as she could, but realising she may have to give birth in a basement, she fled to the UK

‘I stayed in Ukraine until June hoping the war would end. But I didn’t want to give birth in a basement, so I decided to go.’

Her husband Sergeii, 39, was not able to join her as men aged between 18 and 60 are banned from leaving Ukraine in case they are needed in the war.

However, she was able to bring son Kyryl, seven, and daughter Arina, five, to the UK.

They are staying with Archdeacon of Plymouth Nick Shutt and his wife Corinne.

The young baby shares her July 5th birthday with her sister Arina.