A Melbourne underworld figure who owes $67 million to the Australian Tax Office has been accused in court of negotiating the purchase of a $3.4 million Fitzroy property, while also holding a secret stake in a lucrative tip in Melbourne’s north-west.

The allegations were made during a property dispute in the Supreme Court between a company linked to Tom Karas, which launched legal proceedings against a company owned by convicted drug dealer Shane Charter and his brother Craig.

Karas, who was in 2011 named as a “primary person of interest” in Melbourne’s organised crime scene by the Purana anti-gangland taskforce. He allegedly agreed to buy the Nicholson Street townhouse in 2019 and used financial consultant Alexander Gulabovski as a “front” for the deal, according to the court case. 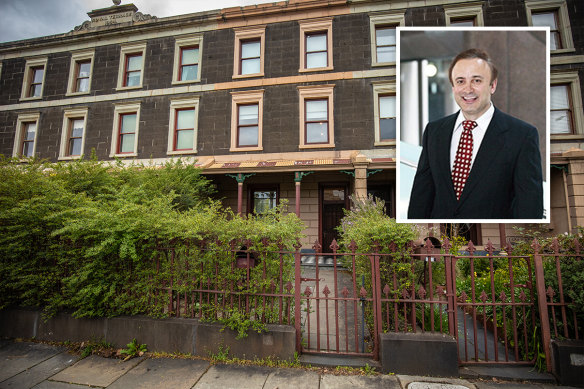 However, the sale never reached settlement and a company owned by Karas’ wife Irene Meletsis, which includes Gulabovski as a director, is now taking Supreme Court action to enforce a contract with the Charter brothers.

The Charters have been embroiled in a protracted legal dispute with Karas and Meletsis, who lived in the three-storey residence for more than a decade until they were evicted in 2019 over failure to pay $12,000 in rent, according to a previous hearing in the Victorian Civil and Administrative Tribunal. 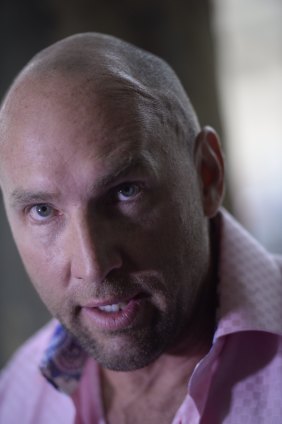 The Charters changed the locks to the property while Karas was attending a funeral.

Shane Charter, a biochemist who became embroiled in the Essendon supplements scandal, told the Supreme Court of Victoria that he and his brother negotiated with Karas, and agreed on a price of $3.4 million.

Charter said he had confidence the deal would settle because Karas was receiving significant income from a secret stake in the Bulla Tip and Quarry.

“Just as usual, he (Karas) said, ‘I will just find a puppet to front it and I will funnel my money’ from the Bulla tip interest that he had, and get the deal happening,” Charter told the court last month.

Charter’s evidence raises questions about whether the bankruptcy trustee for Karas and the ATO are aware of his alleged holding in the tip.

When contacted by The Age, Karas denied having any financial interest in the tip.

Karas, who did not give evidence during a four-day trial last month, confirmed he had discussed the purchase of the Fitzroy home with the Charters, but said he was negotiating on behalf of a friend who would finance the deal and rent the property back to Karas and his wife.

He accused the Charter brothers of wanting to rescind the contract-of-sale because the value of the property had recently increased to about $4 million.

Gulabovski confirmed to the court that he was not involved in negotiations for the property, but had agreed with Karas to purchase the property in his company’s name, while also structuring the loan agreements.

He said he was aware of Karas’ bankruptcy when entering the deal.

Karas, who was declared bankrupt in 2015, owes almost $67 million to the tax office, according to a creditors report by Pitcher Partners from May 2020, after battling with authorities for more than a decade over the source of his wealth.

“[Tom Karas] is a primary person of interest to the joint special project conducted between the serious non-compliance section of the ATO and Victoria Police’s Purana taskforce investigating those who may be involved in, or benefiting from, Melbourne’s organised crime scene,” ATO officer George Khouri said in a 2011 affidavit filed in the Supreme Court. Mr Karas was never charged with any crime in relation to those allegations.

ATO investigators also discovered that the Greek ID card of Christos Karaglanis, a truck driver and seasonal olive picker from a small town in far-eastern Greece, had been reported as stolen to the European police agency, Interpol.

According to the ATO, Mr Karas, a cousin of Mr Karaglanis, allegedly used his identity to make multimillion-dollar loans and investments in the property and share markets in a bid to launder drug money.

“Karas’ tax indebtedness arises in part because he received, but did not disclose, proceeds from the use of a false identity,” Mr Kouri said in the affidavit.

Supreme Court Justice James Gorton is expected to hand down a decision in the coming months over the dispute.