A rare piece of artwork, newly attributed to Vincent van Gogh, is going on display at the Amsterdam museum named after the Dutch master.

The ‘new’ Van Gogh drawing, called Study For ‘Worn Out’, dating from November 1882, is part of a Dutch private collection and was known only to a handful of people, including a few from the Van Gogh Museum.

The owner, who remains anonymous, asked the museum to determine if the unsigned drawing was by Van Gogh. 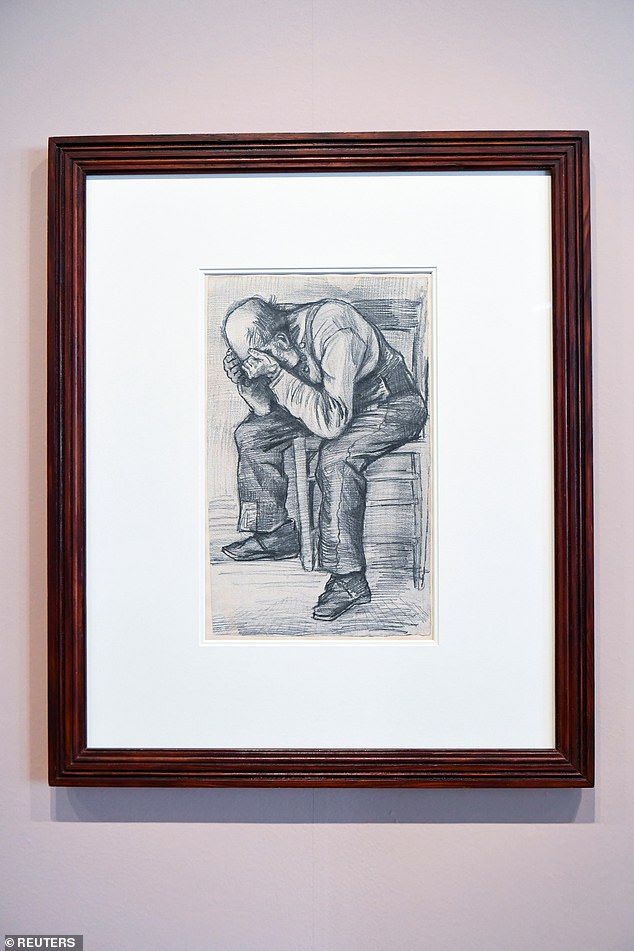 Senior researcher Teio Meedendorp said that from the style, to the materials used – a thick carpenter’s pencil and coarse watercolour paper – it conformed to Van Gogh’s Hague drawings.

There were even traces of damage on the back linking it to the way Van Gogh used wads of starch to attach sheets of paper to drawing boards.

‘It’s quite rare for a new work to be attributed to Van Gogh,’ the museum’s director Emilie Gordenker said in a statement.

‘We’re proud to be able to share this early drawing and its story with our visitors.’

The piece comes from a time in the artist’s career when he was working to improve his skills as a painter of people and portraits by drawing them over and over again.

‘It was quite clear that they are related,’ Mr Meedendorp said. 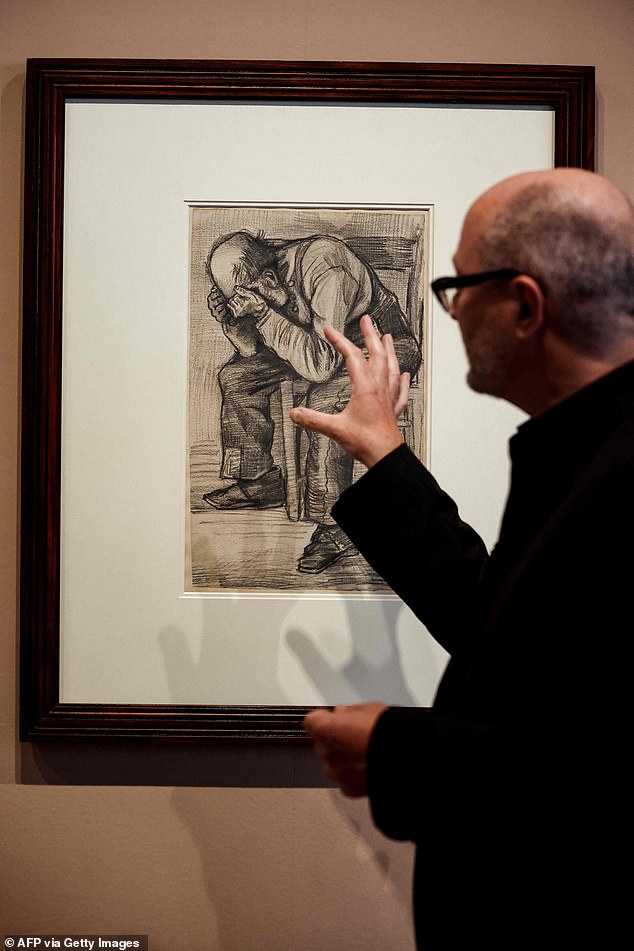 The drawing, called Study For ‘Worn Out’, shows an elderly man sitting on a wooden chair, his head in his hands – and the museum already owns the almost identical drawing titled Worn Out 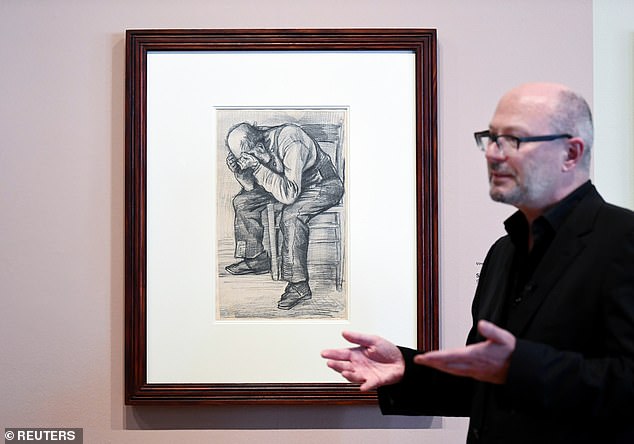 Senior researcher Teio Meedendorp (pictured) said that from the style, to the materials used – a thick carpenter’s pencil and coarse watercolour paper – the study conformed to Van Gogh’s Hague drawings

The study, that has never been displayed publicly before, has been loaned to the museum and goes on show from Friday until January 2.

It shows an elderly, balding man sitting, hunched forwards, on a wooden chair, his head in his hands. Even the model’s trousers appear to conform to the English title, with a patch clearly visible on the right leg.

It is a far cry from the vibrant oil paintings of vases of sunflowers and French landscapes that eventually turned Van Gogh – after his death in 1890 – into one of the world’s most famous artists, whose works have attracted astronomical prices at auction.

Instead, it illustrates how as a young artist practising his craft in The Hague in 1882, Van Gogh had to confront an uncomfortable truth. 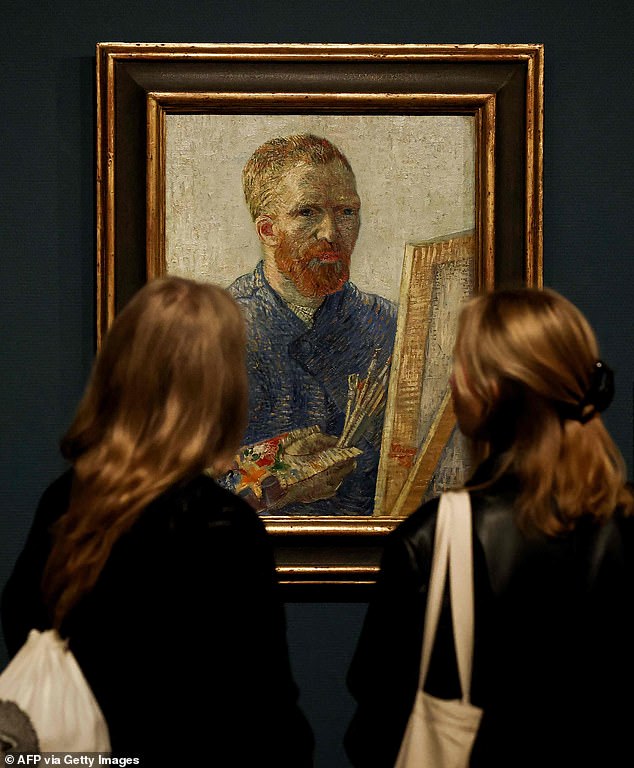 The piece comes from a time in the artist’s career when he was working to improve his skills as a painter of people and portraits by drawing them over and over again. Pictured: Visitors look at a self portrait of Van Gogh

‘He discovered that he lacked the ability to paint people. So he was already drawing them but he liked to paint,’ Mr Meedendorp said.

‘So in order to be able to paint people as well, he went back to the drawing board.’

Van Gogh, who was famously reliant on his brother Theo’s generosity throughout his life, gave the drawings an English title in a bid to build a bit of name recognition and possibly even land a job at an illustrated magazine.

‘In his mind, he had an idea that he would reach out farther than Holland in the end as an artist,’ Mr Meedendorp said.