TWITTER has used its new "manipulated media" label for the first time ever on a video retweeted by Donald Trump. 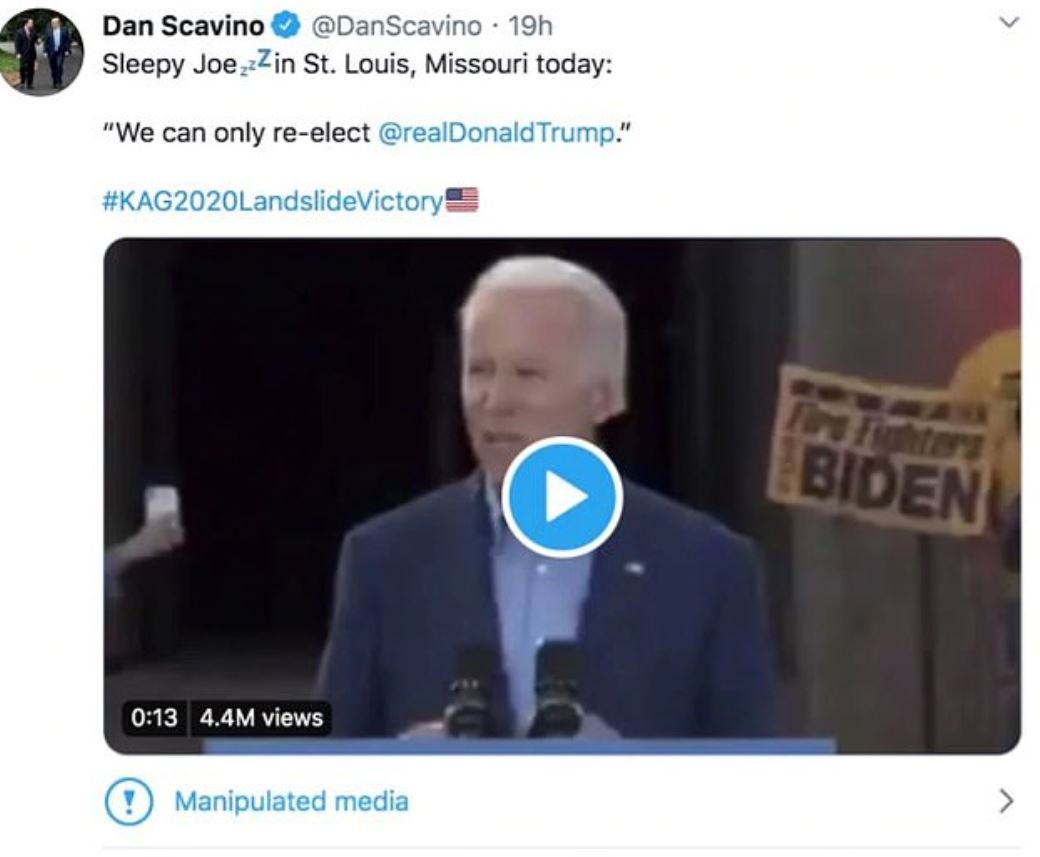 It showed Biden stumbling on a speech in Kansas City, Missouri, in which he said the words "Excuse me. We can only re-elect Donald Trump."

Biden's full sentence, which was cut off by the clip, was "Excuse me. We can only re-elect Donald Trump if in fact we get engaged in this circular firing squad here. It's gotta be a positive campaign so join us."

Twitter implemented its new policy, which labels tweets with manipulated or synthetic media such as deep fakes or more manually edited videos on March 5.

The new rules state: "You may not deceptively share synthetic or manipulated media that are likely to cause harm".

However the video has since had the warning removed.

Scavino has hit back saying "The video was NOT manipulated" in a later tweet, insisting it was "simply shortened".

The implementation of the new policy had some teething problems and the new label was not showing for all users.

The tag was applied on Sunday afternoon, only after it had been viewed 5.8 million times.

Twitter said it was not showing when people searched for the tweet or clicked into it, but only when it was seen in timelines.

A Twitter spokesman said the company was working on a fix.

The new policy has been created to help users notice what is and is not a reliable source of information on Twitter. 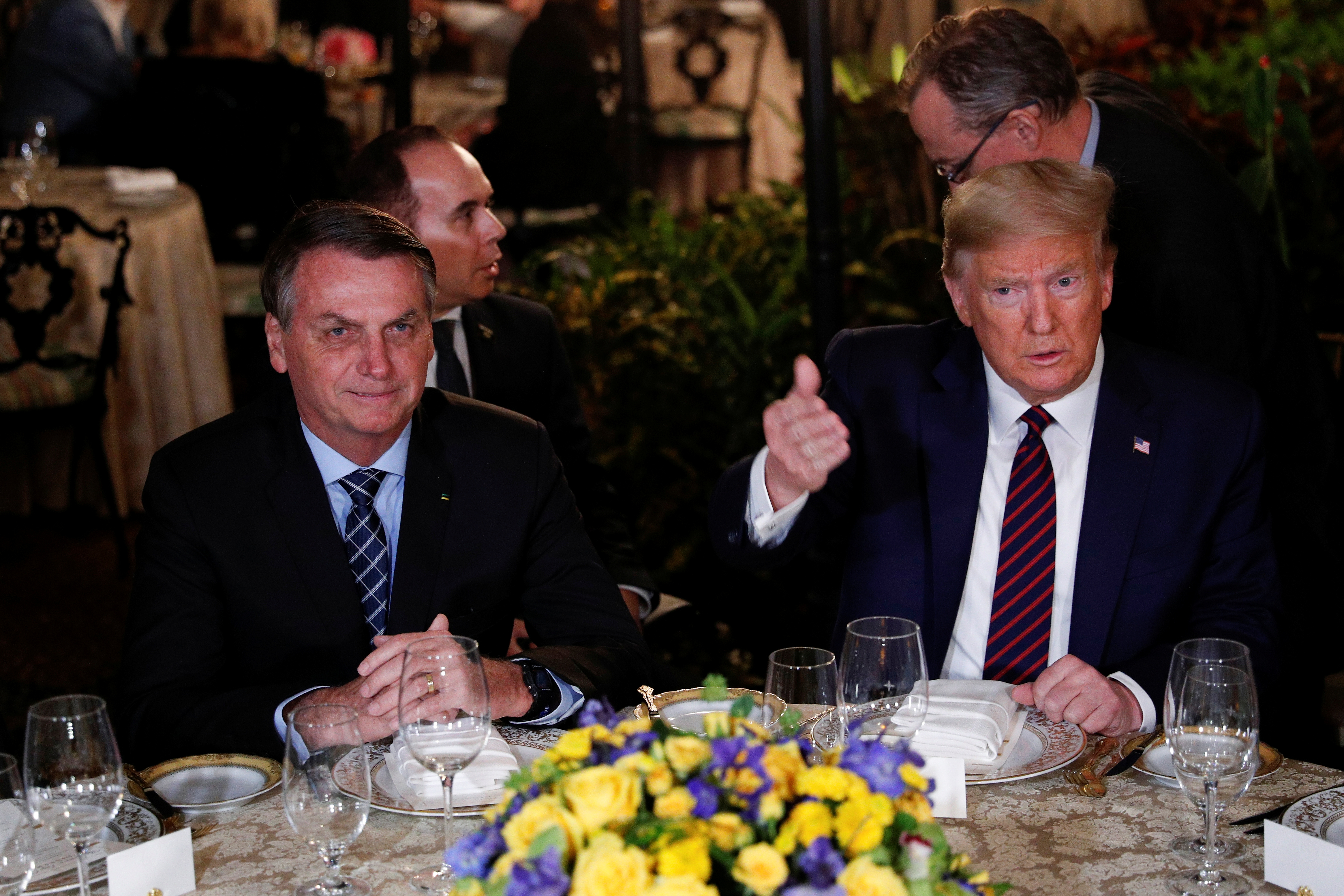 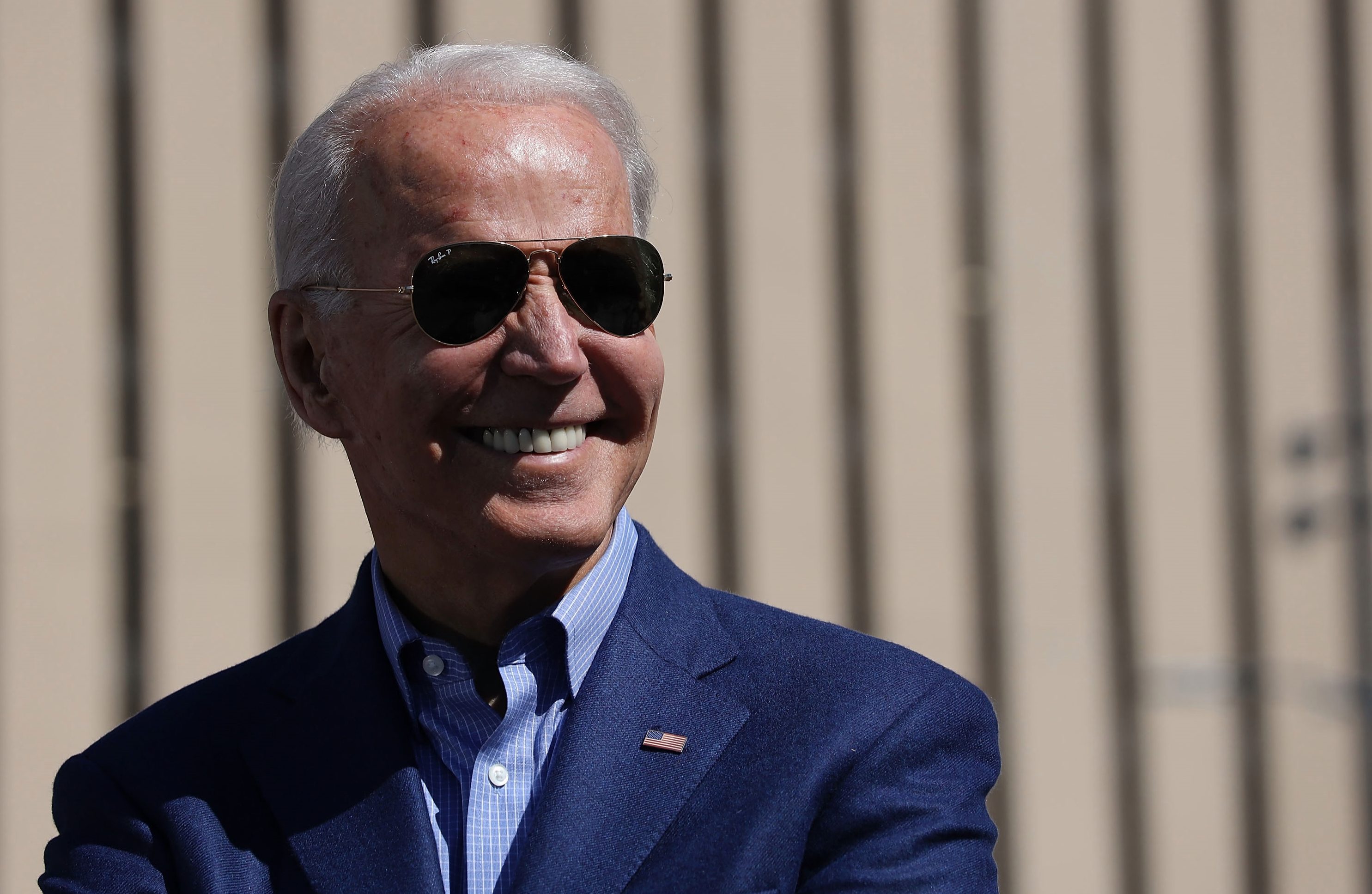 The upcoming presidential election, and the fake news and manipulated videos and stories that marred the 2016 election sparked major investigations over foreign interference, including the Muller report.

This has put major pressure on social media companies to police misleading or false information on their platforms ahead of November's presidential election.

"That means understanding whether the content you see is real or fabricated and having the ability to find more context about what you see on Twitter.

"Therefore, we may label Tweets that include media (videos, audio, and images) that have been deceptively altered or fabricated.

"In addition, you may not share deceptively altered media on Twitter in ways that mislead or deceive people about the media's authenticity where threats to physical safety or other serious harm may result."

The video was also posted on Scavino's Facebook page, where it had about 1 million views.

The Biden campaign slammed Facebook Inc. for showing the video on its platforms without labels.

Biden's campaign manager, Greg Schultz, said: "Facebook won't say it, but it is apparent to all who have examined their conduct and policies: they care first and foremost about money and, to that end, are willing to serve as one of the world's most effective mediums for the spread of vile lies."

Twitter said the move would help reduce the flow of election-related misinformation. 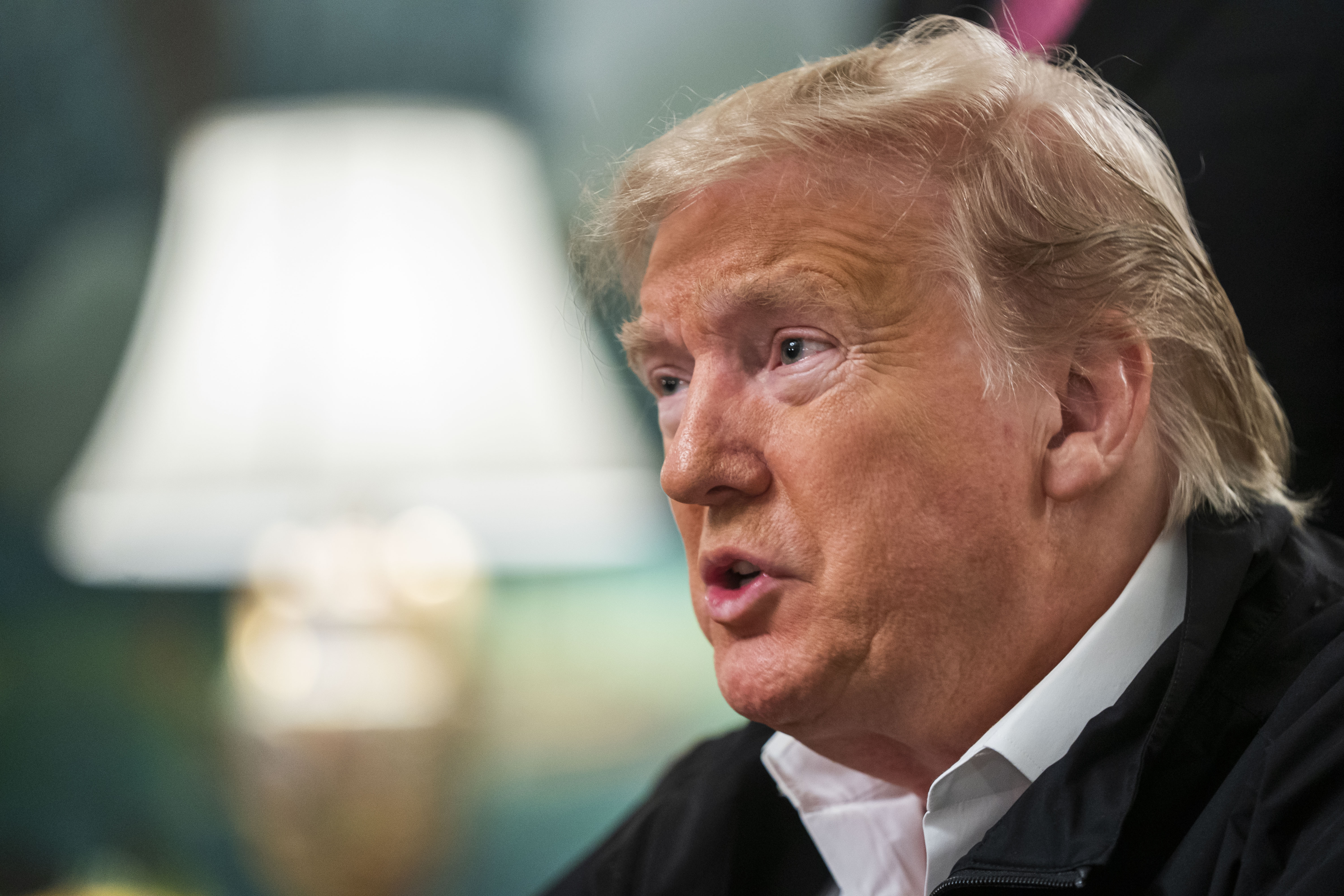