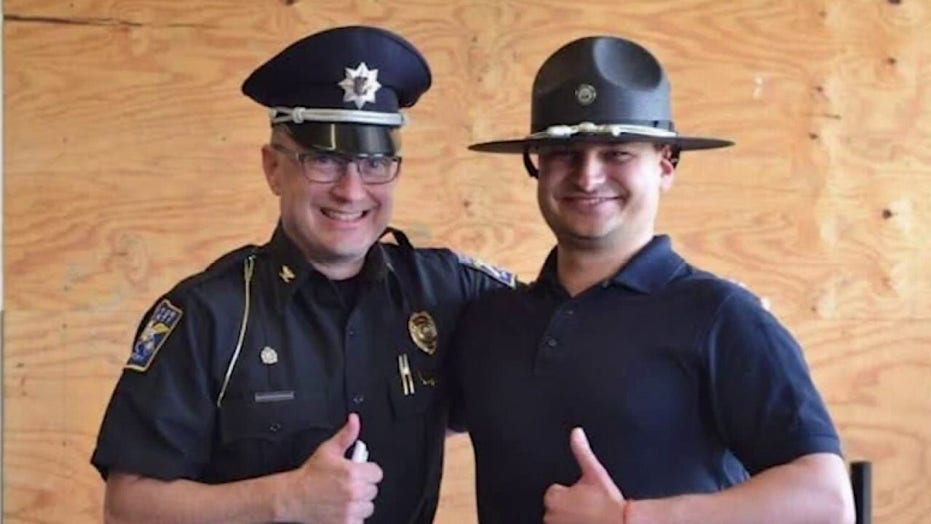 American officers involved in training Ukrainian police speak out on the ‘incredible experience’ and what tactics are now being used in the war.

The already challenging path to bringing home Americans jailed in Russia and Ukraine is likely even more complicated now with a war overwhelming the region and increasingly hostile relations between the United States and the Kremlin.

Marine veteran Trevor Reed and corporate security executive Paul Whelan are each serving lengthy prison sentences in Russia, but their families have long held out hope for some sort of deal — including a possible prisoner exchange — that could get their loved ones home.

Now, though, that seems a much harder ask.

“I can’t help but think that this is not going to help Trevor get released sooner, obviously,” Reed’s mother, Paula Reed, said in an interview with The Associated Press. 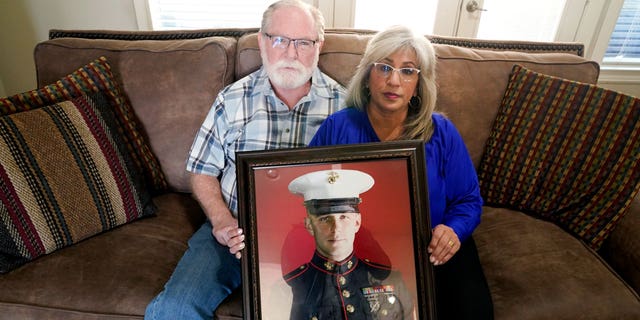 Joey and Paula Reed pose for a photo with a portrait of their son, Marine veteran and Russian prisoner Trevor Reed, at their home in Fort Worth, Texas, Feb. 15, 2022.
(AP Photo/LM Otero, File)

The war with Ukraine has not only occupied global attention, but it has also led to punishing economic sanctions by the U.S. and escalating Russian aggression in the face of international condemnation over its invasion. Though the conflict has not closed off avenues for bringing home Reed and Whelan, the prospect of concessions by either side anytime soon is eclipsed by the likelihood of continued antagonism by Russia.

“If this becomes long and drawn out, and they take over Ukraine, then the Western countries and the United States are going to be at odds with Russia for a long time,” said Reed’s father, Joey Reed. “That could lead to additional charges against our son, if he lives, and keep him there indefinitely, which is not uncommon in Russia.”

He said he was particularly concerned about a loss of communications between the two superpowers that could foreclose any possibility of the U.S. government getting him home.

“We’ve been told that even during the Cold War, they kept channels open. Even Kennedy was able to talk to Khrushchev during the Cuban missile crisis,” Reed said. “Anyone that’s advocating for closing embassies and cutting them off, that’s a gigantic mistake when two major nuclear powers are not speaking and are at odds with each other.”

State Department principal deputy press spokeswoman Jalina Porter, asked by the AP Thursday about how the war affected the cases of all three men, said only that the administration’s top priority is the “safety and security of all Americans,” including Reed and Whelan.

“This is something that the secretary works on day in and day out,” she said.

Reed, who is from Texas, was sentenced to nine years in prison in 2020 on charges that he assaulted police officers who were driving him to a police station after picking him up following a night of heavy drinking at a party. He has struggled with health issues behind bars, most recently coughing up blood this week, his father said.

He is regarded by the U.S. government as a wrongful detainee, as is Whelan, a Michigan corporate security executive sentenced in 2020 to 16 years in prison on espionage-related charges that his family says are entirely bogus.

Whelan’s sister, Elizabeth, said she’s been “doom-scrolling” news about the war on Twitter like everyone else, concerned about the impact of the war on her brother and the possibility of another “Iron Curtain” falling in the region.

She said the U.S. could use the conflict as a fresh opportunity to press for the release of Reed and Whelan by making it a condition of any lifting of the sanctions against Russia, though it is not clear that that would happen. 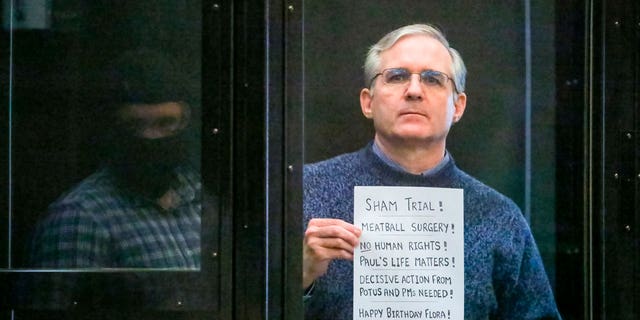 Paul Whelan, a former U.S. Marine who was arrested for alleged spying, listens to the verdict in a courtroom at the Moscow City Court in Moscow, Russia, June 15, 2020.
(Sofia Sandurskaya, Moscow News Agency photo via AP)

Ukraine, meanwhile, is holding North Dakota farmer Kurt Groszhans, accused in a plot to assassinate a current member of the country’s political cabinet. His family and supporters say the charges are trumped up, and were designed to silence Groszhan’s own allegations of government corruption in Ukraine.

Kristi Magnusson, Groszhan’s sister, said in a statement provided to AP that she was concerned that the State Department was not “advocating for his release because it would be inferring that Ukraine is engaged in corrupt activities right at a time when State is focused on being as supportive as possible of Ukraine against the Russians.

“We support the Ukrainian people against Russia as well, but our brother is a sitting duck in that prison and we need him to be released so at least he can try to survive on his own,” she added.

Unlike Reed and Whelan, the U.S. has not designated Groszhans as a wrongful detainee.