It’s not just rain to watch out for! Warning millions of flying ants could invade Wembley during tonight’s final with showers predicted for kick-off – but Wimbledon should stay dry

Players and fans may have to brace themselves to tackle a different kind of storm during tonight’s Euros final as the Met Office has warned that millions of flying ants are taking flight this weekend and could descend on areas including Wembley.

Over roughly three months each summer, weather conditions are ideal for the insects to mate while in flight around England and as well as showery weather predicted for the match, the swarm of ants could invade north west London.

The phenomenon was shown in spectacular fashion on Friday when the Met Office tweeted weather radar images that showed, as well as rain clouds, vast swarms of flying ants around London.

‘Our radar is picking up more than just rain this morning – it’s actually insects!’ the Met Office said. ‘Whilst there are a few rain showers, many of the echoes are in fact insects.’

In the wake of the image, insect experts have said the ants could cause annoyances for players and spectators alike at the Euro 2020 final, while they would also likely make an appearance on centre court for the weekend’s Wimbledon finals. 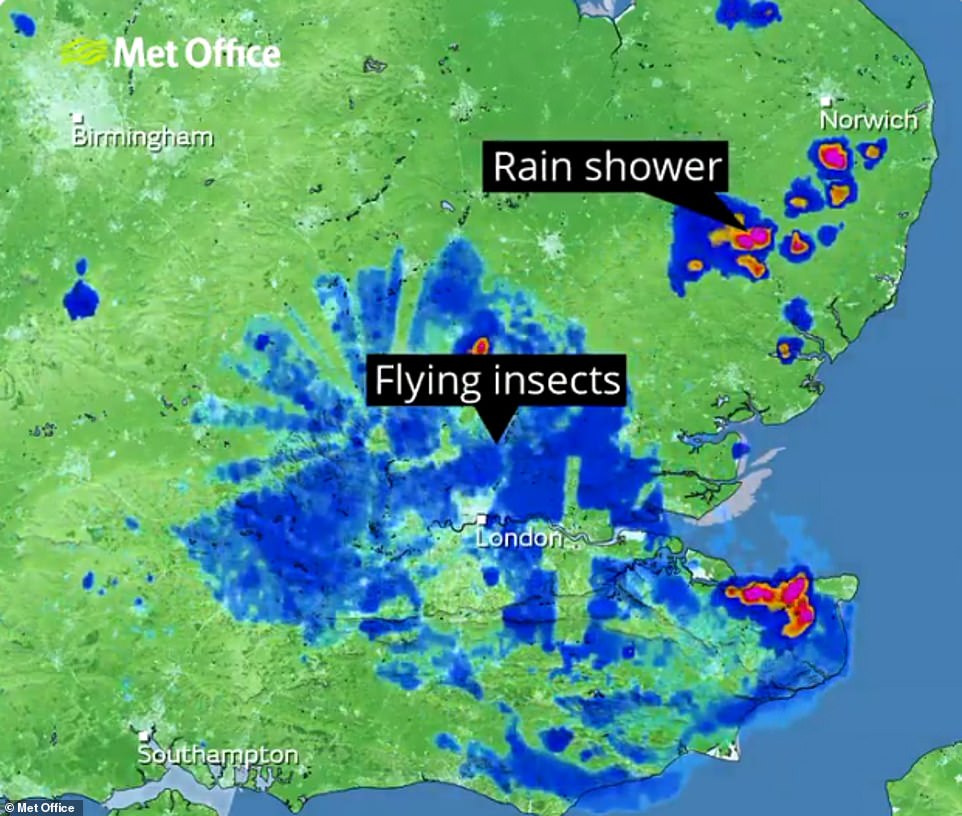 The Met Office warned that millions of flying ants (pictured on radar on Friday) are set to invade the country including Wembley where more than 60,000 fans are set to watch England take on Italy in the final of the Euro 2020 Championship 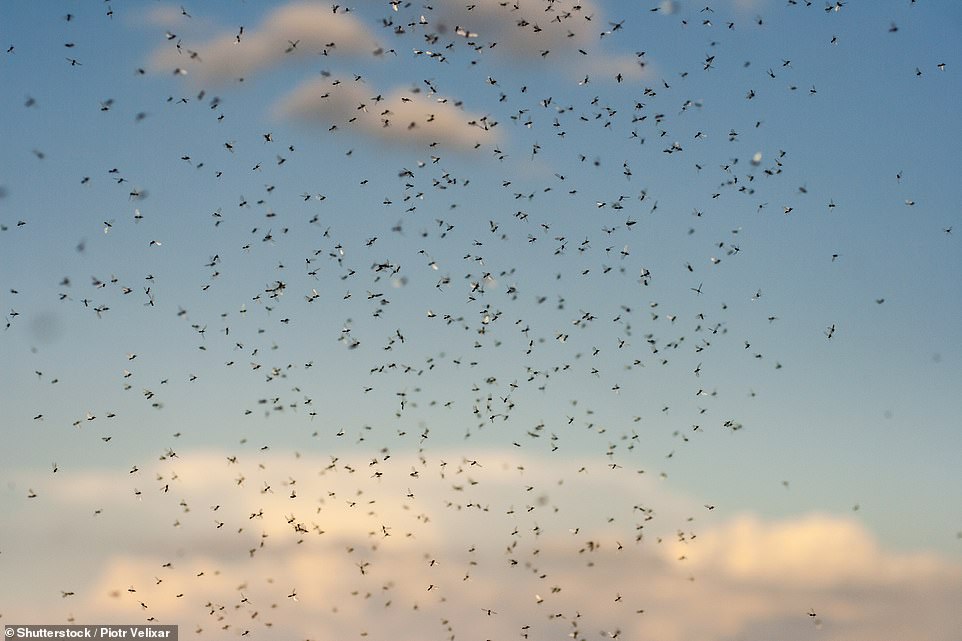 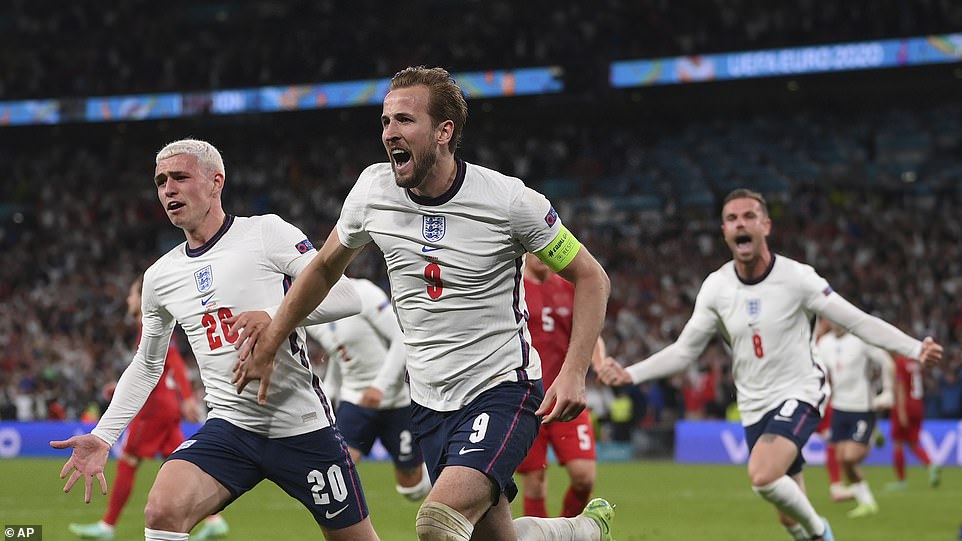 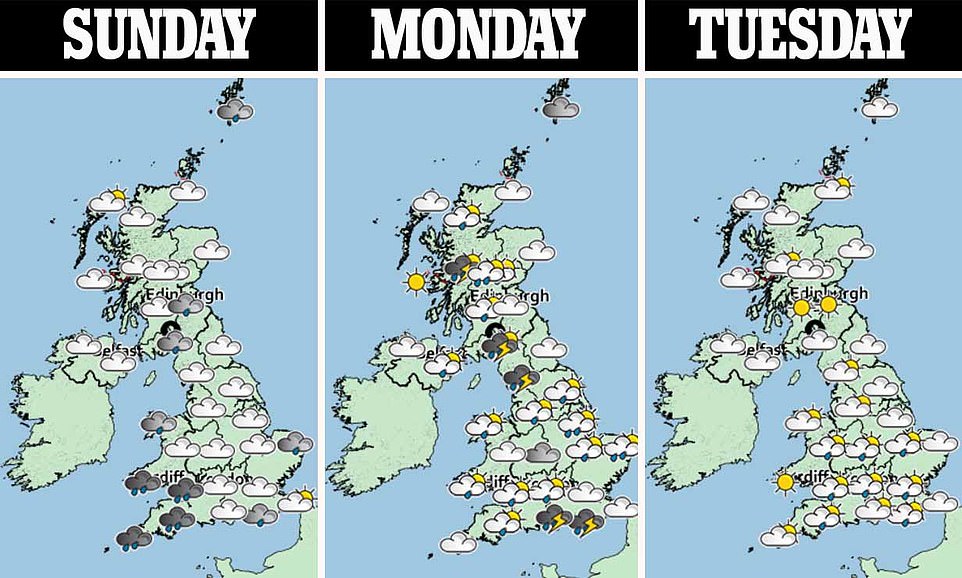 Adam Hart, professor of Science Communication at the University of Gloucestershire and a fellow of the Royal Entomological Society, told Sky News the swarms signalled the beginning of this year’s flying ant season.

Professor Hart added: ‘If conditions are right on Sunday there may be more than three lions on shirts at Wembley and all around the country.’

In what could be a good omen for Gareth Southgate’s squad, meteorologists have predicted the same 20C temperature and showery outlook which struck Wembley Stadium on the day of the final 55 years ago.

This comes despite the fact that average temperatures have risen markedly over the past half a century due to climate change, forecasters have said.

Met Office meteorologist Greg Dewhurst said: ‘I can tell you that on July 30 1966, the weather was very similar to what is forecast for Sunday. 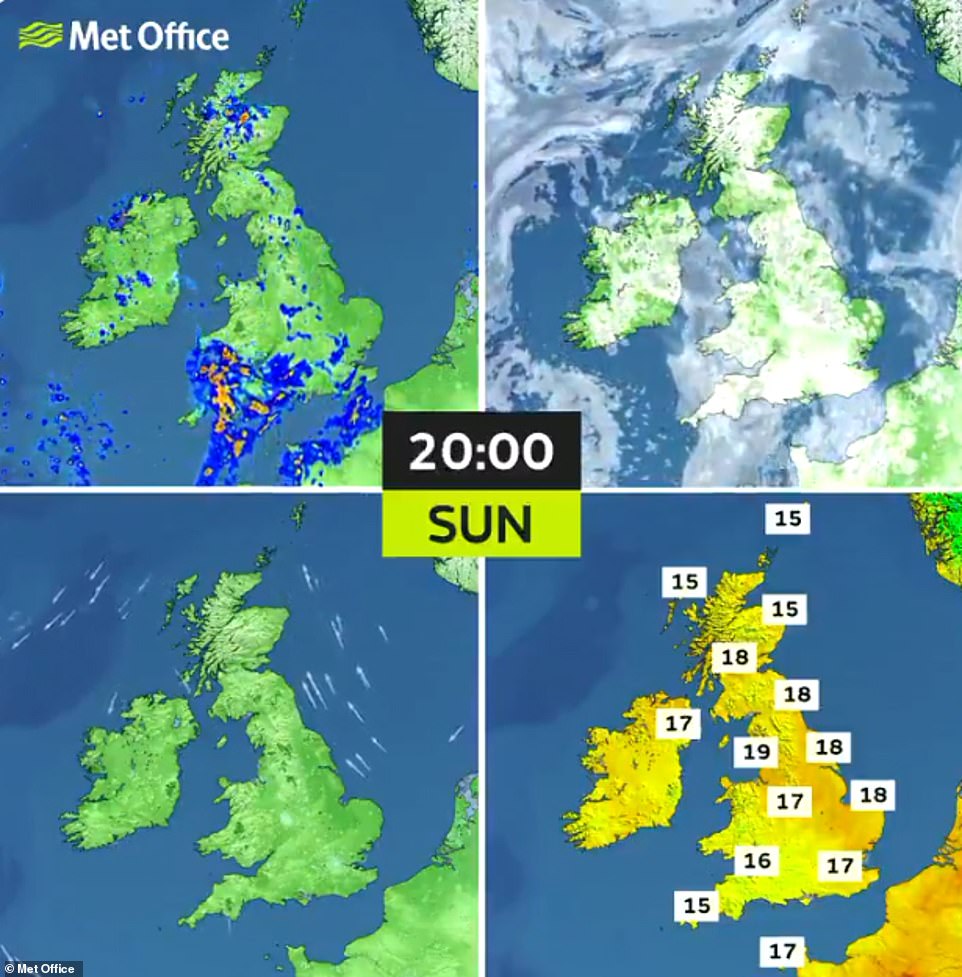 ‘It reached around 20C and there were a few showers around.’

Mr Dewhurst said this follows a weekend of patchy rain for much of the nation, adding that football fans watching at Wembley and in Trafalgar Square should brace themselves for a risk of rain showers.

He said: ‘We have got a bright start across much of the UK, but we’ll see outbreaks of rain developing across Wales and south-west England on Sunday morning.

‘This rain will move eastwards – probably reaching the London area at around 7pm or 8pm.’

Across the UK, heavy downpours and risk of thunderstorms can be expected in parts of the country.

‘We’re going to continue to see heavy downpours in places. As is the nature of showers not everyone will see them and where it stays dry there will be some warm spells of sunshine. 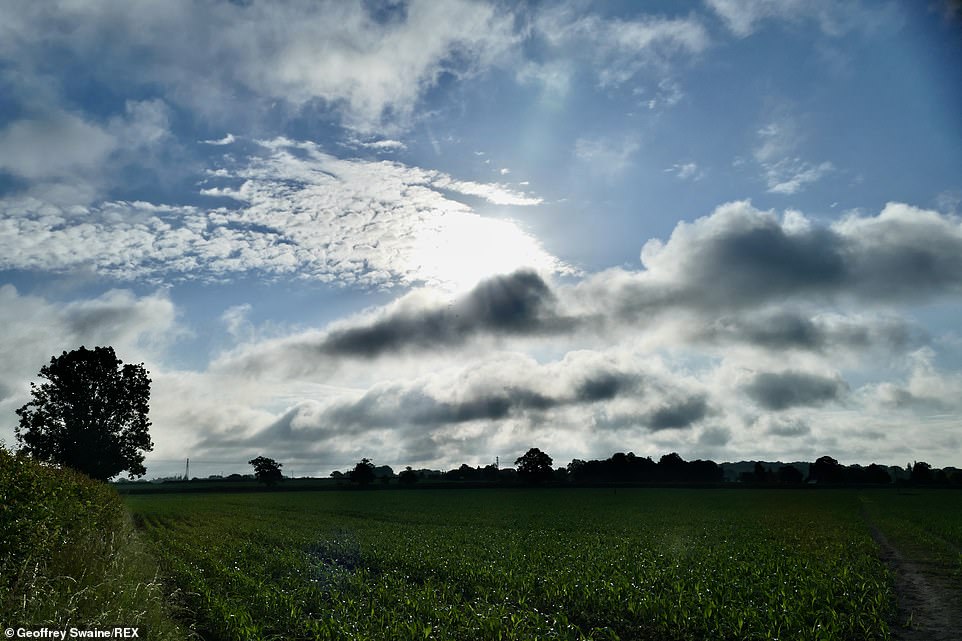 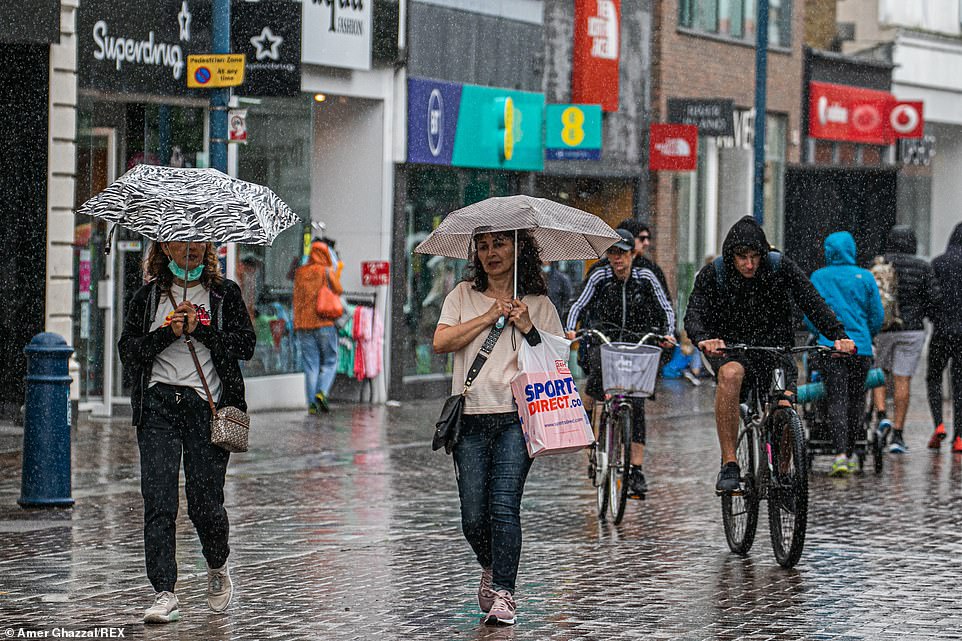 The Met Office has said that Showers and thunderstorms are predicted for norther parts of England and Scotland throughout today with some showers in the south of England later this evening. Pictured: Kingston, London, yesterday afternoon

‘On Sunday there will be quite a bright start in many places with some spells of sunshine at times. But showers will develop quite quickly through the morning particularly across more northern parts of the country and across northern England and Scotland, some really torrential downpours are possible here and there with a risk of hail and thunder.

‘Later in the afternoon, there will be cloudier skies with outbreaks of rain coming in to south Wales and south west England but it should be a bit warmer than Saturday.

‘The showers will continue for a time across more northern areas with still a few heavier ones around. Meanwhile the band of showery rain across western parts will work its way towards the south east.’

The start of the week will continue to see wet and thundery conditions in parts of the UK but with dryer and warmer weather arriving by Wednesday.