If you’ve looked at the MLB standings recently, the line most likely to cause a double take belongs to the Cincinnati Reds. Specifically, the win column, which stood at a shockingly meager 5 on Monday morning.

And that was after a weekend series triumph that brought them up almost exponentially from 3 and finally eased the ignominy of having fewer 2022 wins than the local football team that hadn’t played since February.

So they stand at 5-23. Five wins in 28 games. It looks like a typo. As does the Reds' -79 run differential, which is a prodigious amount of inferiority racked up in roughly a month. It is, for reference, one more run on the wrong side of the tally than the 2021 Miami Marlins managed in a full 67-95 season.

Making matters worse, it’s hard to view it as anything other than a cosmic test after Reds president Phil Castellini, a member of the family who owns the team, responded to fan discontent over an offseason sell-off by quipping, “Well, where are you going to go?”

There was little mystery to the motivation for a winter surrender that saw five prominent 2021 contributors traded away, two lost uncontested to free agency and useful starting pitcher Wade Miley literally given away on waivers. The Castellini family had ordered a serious budget reduction. Or, as general manager Nick Krall put it, in an all-time example of transparent PR mumbo jumbo, the Reds were “aligning our payroll with our resources.”

How the Reds wound up with a historically bad start

The teardown the Reds undertook was not even the winter’s most extreme example of the form. They didn’t enter the season projected to be the worst team in baseball or even in their division.

So how did the Reds get here? And is it as bad as it looks from under those paper bags?

That eye-popping 5-23 is eye-popping for a reason. Only three teams since 1903 have started out the season with a worse record. The 2003 Detroit Tigers and 1988 Baltimore Orioles started 3-25, while the 1936 St. Louis Browns went 4-24 as manager Rogers Hornsby was apparently betting on horse racing during games. So, not illustrious company.

This season’s Reds are one of seven teams to get out of the gates with a 5-23 record, the most recent being the 1981 Chicago Cubs.

But! The historically bad month is not as historically bad when compared to all 28-game stretches instead of just season-opening ones. Like anything else, the no good, terrible, very bad record is more noticeable when it comes at the beginning of the season.

Most seasons actually “feature” a team or two going through it like the Reds have, or worse. The 2021 season had the Arizona Diamondbacks and Baltimore Orioles. The 2019 season had the Pittsburgh Pirates and Detroit Tigers. Overall, 44 different teams have had at least one 28-game span of 5-23 or worse since the 1995 strike. 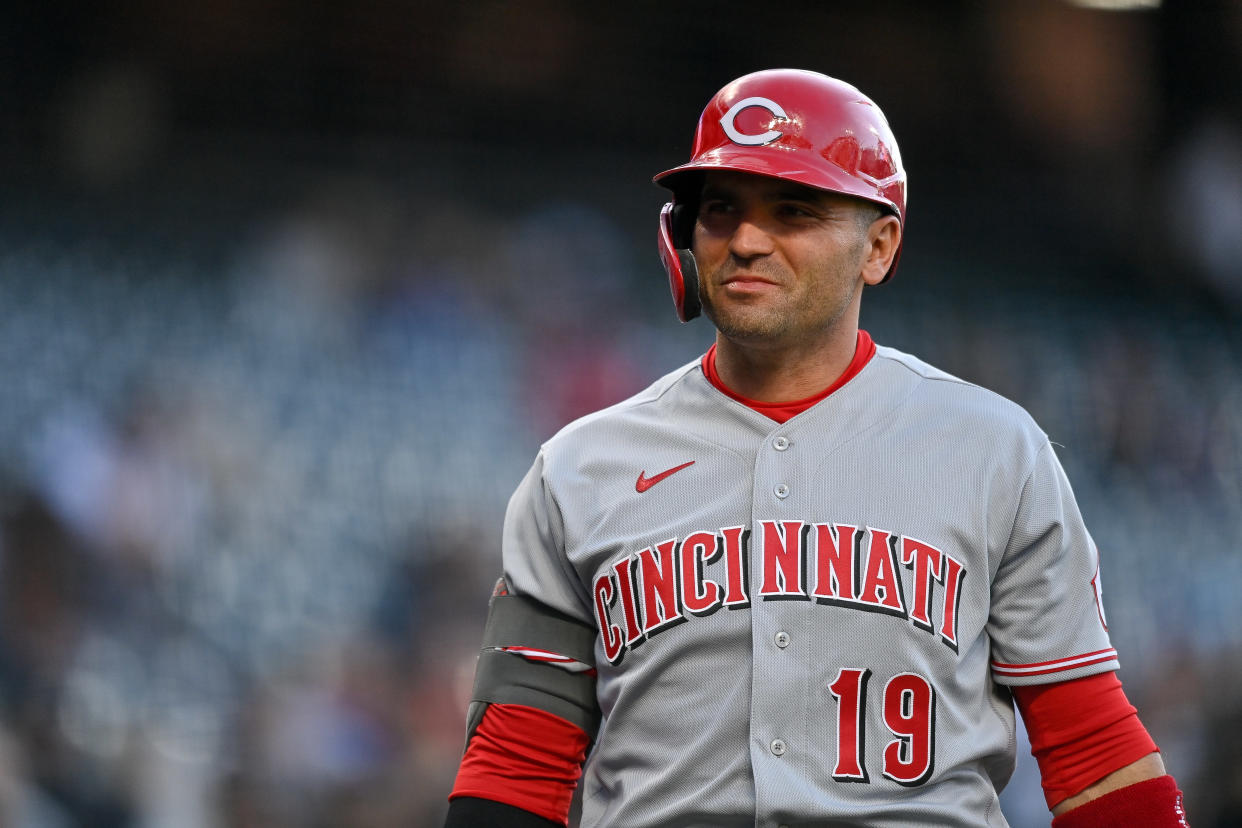 Will the Reds rebound?

In terms of any measure of success, the Reds have completely doomed their 2022 season. On the morning of opening day, FanGraphs projected them to win 85.5 games, with a 48.6% chance of reaching MLB’s newly expanded postseason. They’re now projected for 58.4 wins and their playoff odds are down to 1.4% percent, which is basically math’s version of a courtesy trot.

Still, that 85-win projection didn’t appear out of thin air.

After a series of obvious cost-cutting moves, the Reds came into spring looking like a frustrating, middling team that decided to punt instead of pursuing wins in a mediocre division. But they didn’t look like a total disaster. Then, just about everything that could go wrong has gone wrong and the ship sank.

Their best position player — 2021 NL Rookie of the Year Jonathan India — has scraped together only 11 games and 45 plate appearances between injuries. Their second-best position player — Joey Votto — slumped mightily to start the season, might be especially affected by the deadened ball AND is currently on the COVID IL.

While everything about the Reds has been awful, the decimation of the pitching staff stands out like a glaring sore thumb on a whole hand of sore thumbs.

Their best pitcher by a mile, Luis Castillo, is making his first start of the season Monday after dealing with a shoulder injury in spring. Super-hyped prospect Hunter Greene has been called into action and had his fastball routinely pulverized. Another top prospect, Nick Lodolo, fared somewhat better (only a 5.52 ERA) but also hit the IL. One of the rare reinforcements who could have helped immediately, pitcher Mike Minor, has also been out with an injury.

The Reds’ team ERA stands at 6.61 in a season with minimal offense around the league. The second-worst team ERA belongs to the Washington Nationals at 4.92. Basically, the home run surge is dead … except when you’re playing the Reds.

As Castillo returns, the odds are that things will get less dire — at least until the trade deadline, when Castillo himself figures to be on the block. No. 2 starter Tyler Mahle probably won’t trudge through a whole season with his ERA hovering almost three whole runs above his FIP — a metric that estimates ERA based on outcomes the pitcher more directly controls.

Perfect storms of maladies and misfortune happen. The Diamondbacks experienced such a storm last season — when they won only two games over 28 games between May and June. Madison Bumgarner had the worst month of his life. Several lineup constants hit a cold streak simultaneously. A barrage of rookie pitchers took serious lumps. A similarly innocuous team saw a meh season turn into a disaster. Now this year's Arizona team is exceeding expectations with only moderately different personnel.

There are … a lot of differences between Arizona's path and the one the Reds are blazing, but the wild swings in fortune are illustrative. Sometimes everything goes wrong at once. In the long run, that record will probably float closer to the team's true talent. The series the Reds won this weekend — a first on the season — may have been the beginning of that equalizing force.

They took two of three from the Pirates, a team trying to win even less vigorously. A team projected to be the second-worst in baseball for the rest of the season.

FanGraphs projects that the Reds will be only the seventh-worst team in baseball from here on out. It might still leave them with the worst record in baseball, but it will be a gentler, more anonymous version of worst. Like the kind that comes from a 5-23 stretch in June.