Charles Manson – the twisted cult leader who inspired a group of followers to murder seven people in 1969 – died in hospital aged 83 in November 2017.

Charles Manson was convicted of orchestrating the 1969 murders of pregnant actress Sharon Tate and six others. 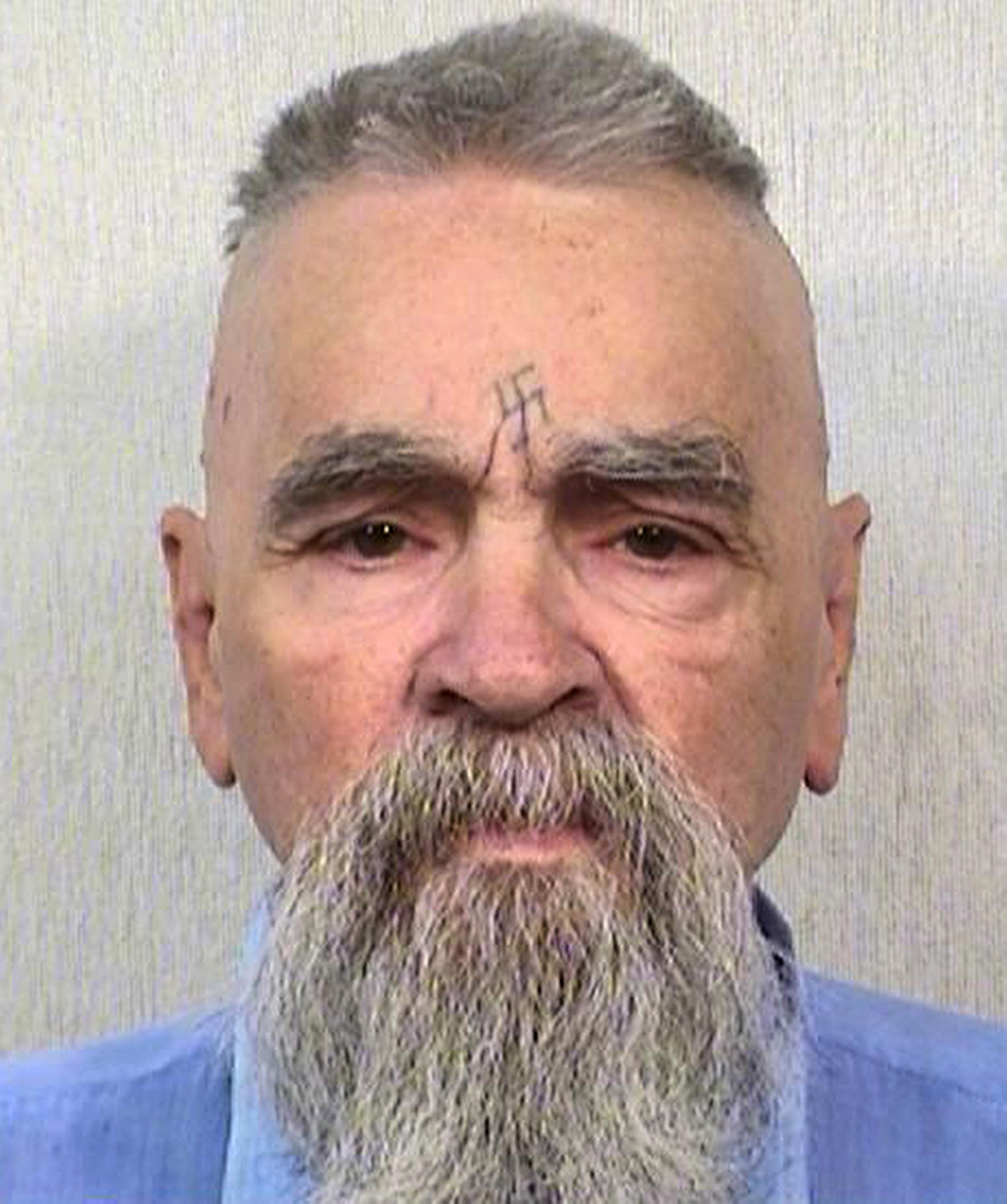 Who was Charles Manson?

He was born in Cincinatti, Ohio, in 1934 and quickly turned to crime during an unsettled childhood.

In his late teens, Manson was released from a juvenile institution to live with relatives in West Virginia.

In January 1955 he married a hospital waitress named Rosalie Jean Willi but the marriage hit the rocks when he was imprisoned for car theft.

While Manson, who had an higher-than average IQ and reportedly a magnetic personality, was in prison Rosalie gave birth to their son Charles Manson Jr and divorced him.

After he was released he turned to pimping and was imprisoned again in 1960, where he learned to play the guitar.

After leaving prison he moved to San Francisco and was successful in gathering a small group of young, largely female devotees, mainly from broken middle-class homes.

He preached a bizarre philosophy incorporating Christianity, Scientology and the hippy movement.

What was Manson's cause of death?

On November 19, 2017, the evil cult leader died aged 83 in Mercy Hospital in California.

Previously, TMZ reported that Manson was rushed to a Bakersfield hospital on November 12 and had been steadily deteriorating.

A source said "it's just a matter of time" reporting that Manson is lying still, covered in blankets and guarded by five uniformed cops.

On January 3, 2017, Manson left California’s Corcoran State Prison to get medical treatment as it emerged he had suffered significant intestinal bleeding.

Reports at the time suggested that he was "seriously ill", but too weak for surgery so he was returned to his cells.

The same month, Manson was refused a wish to father his fifth child, with the maniac's 27-year-old former fianceé Afton "Star" Burton hoping to obtain his sperm. 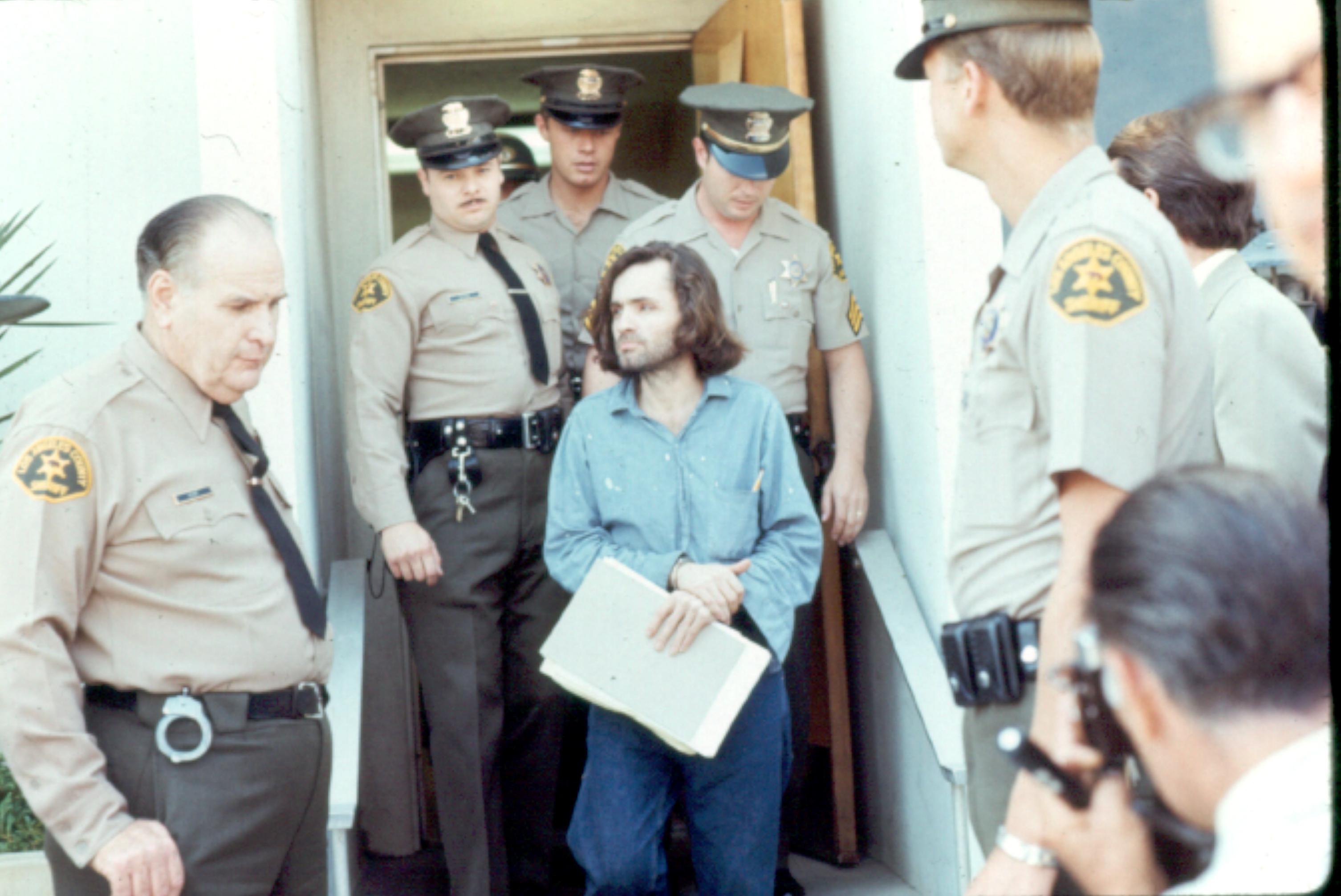 What were the Manson Family's crimes?

In the 1960s, Manson assembled a group of runaways and outcasts known as the Manson Family.

In the summer of 1969, he directed his mostly young, female followers to murder seven people in what prosecutors said was part of a plan to incite a race war.

In May of that year Manson shot a black drug dealer named Bernard "Lotsapoppa" Crowe, who survived but never reported the crime.

When was Sharon Tate murdered?

On August 8, 1969, the feared cult leader ordered four of his blood-thirsty disciples – Susan Atkins, Linda Kasabian, Patricia Krenwinkel and Charles "Tex" Watson – to the Beverly Hills address of movie actress Sharon Tate with the instruction to kill everyone in the house.

Manson told them to “totally destroy everyone in it, as gruesome as you can.”

As well as Tate, who was married to director Roman Polanski, they murdered four other people at the property that fateful night.

On the night she was killed she had three friends over for a dinner party: hairstylist Jay Sebring, Polanski’s friend Wojciech Frykowski and his partner, the coffee heiress Abigail Folger.

Music producer Quincy Jones was also meant to be there but he had forgotten about the invite.

The story of their murders is being retold in The Haunting of Sharon Tate, starring Hilary Duff.

The cult leader wanted the people in the house dead because he had been rejected by music producer Terry Melcher who had lived in the house but since left the property.

When the murderous cult arrived at the house, caretaker Steven Parent was spotted and shot to death.

After they got inside the house, the cult members attacked the dinner party guests while they were sleeping, stabbing them repeatedly.

Watson claimed that Sharon begged him to let her live long enough to have her son but the savage cult members knifed her 16 times.

He said her final words were: “Mother, mother” and they carved a cross into her stomach.

They used their blood to write "Rise," "Death to Pigs," and "Healter Skelter," a misplaced reference to the Beatles song "Helter Skelter," on the walls and refrigerator door.

Manson and his accomplices were all sent down for the murders, apart from Kasabian who testified against them and played no direct part in the killings.

Manson was originally sentenced to death but was spared execution and his sentence was converted to life in prison after the California Supreme Court declared the death penalty unconstitutional in that state.

The Manson era is evoked in a new Quentin Tarantino film Once Upon Time in Hollywood. 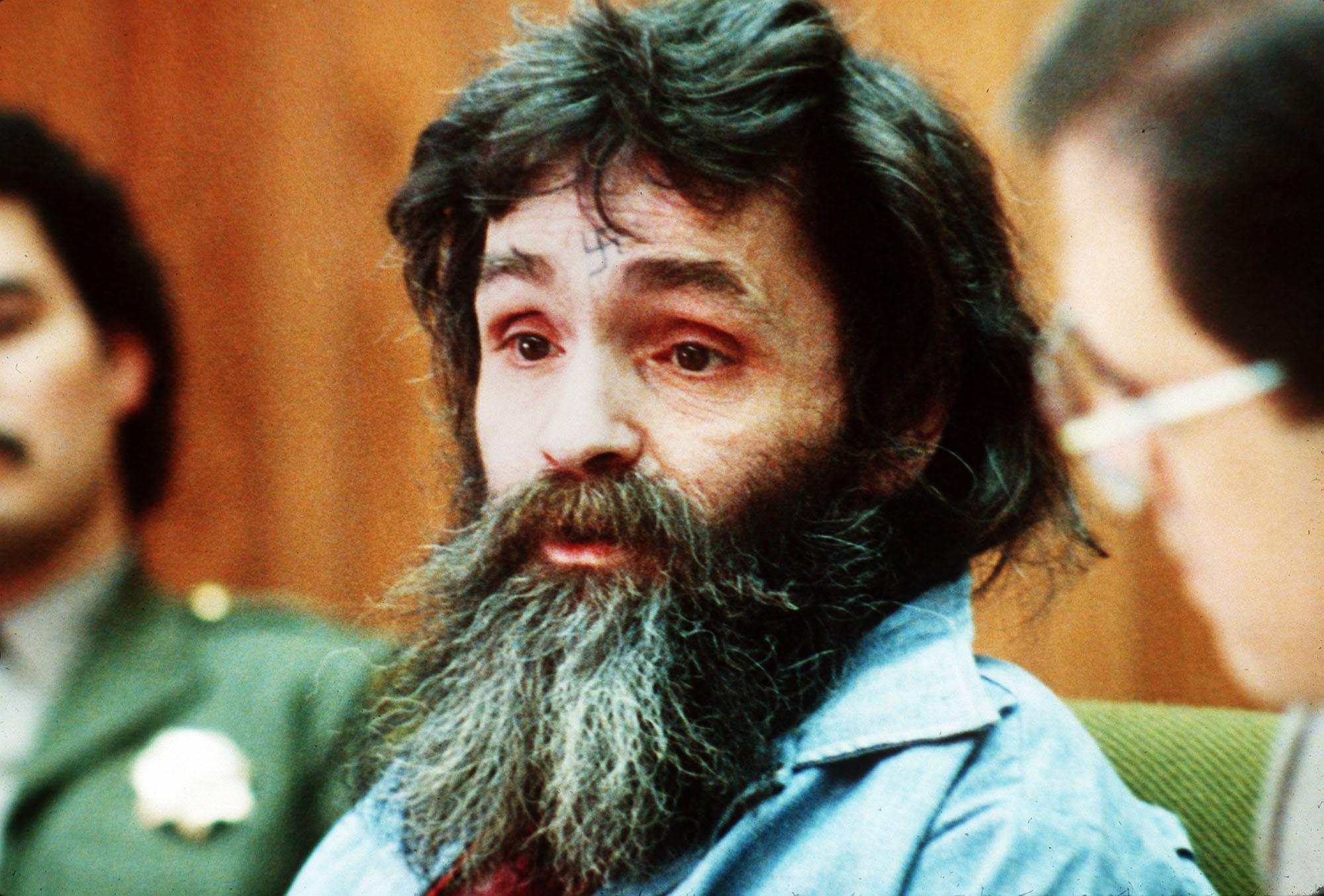 Was Manson involved with the Beach Boys?

In 1968, Dennis Wilson of the Beach Boys was driving through Malibu when he picked up two female hitchhikers, Patricia Krenwinkel and Ella Jo Bailey, and dropped them off.

He noticed the same two girls hitchhiking again and this time he took them to his home but when he returned from a recording session later that night, he was met in his driveway by Manson.

About a dozen people were occupying the premises, most of them female and Dennis became fascinated by then singer-songwriter Manson, his music and his followers.

Wilson recorded a Manson song for the Beach Boys called Never Learn Not to Love but took sole credit.

The two fell out and Wilson reportedly beat Manson up after he threatened him with a bullet.