GLORIA Bambo was a 20-year-old black woman who was found hanging in her roommate's garage on July 12.

The police department have labeled her death a suicide. 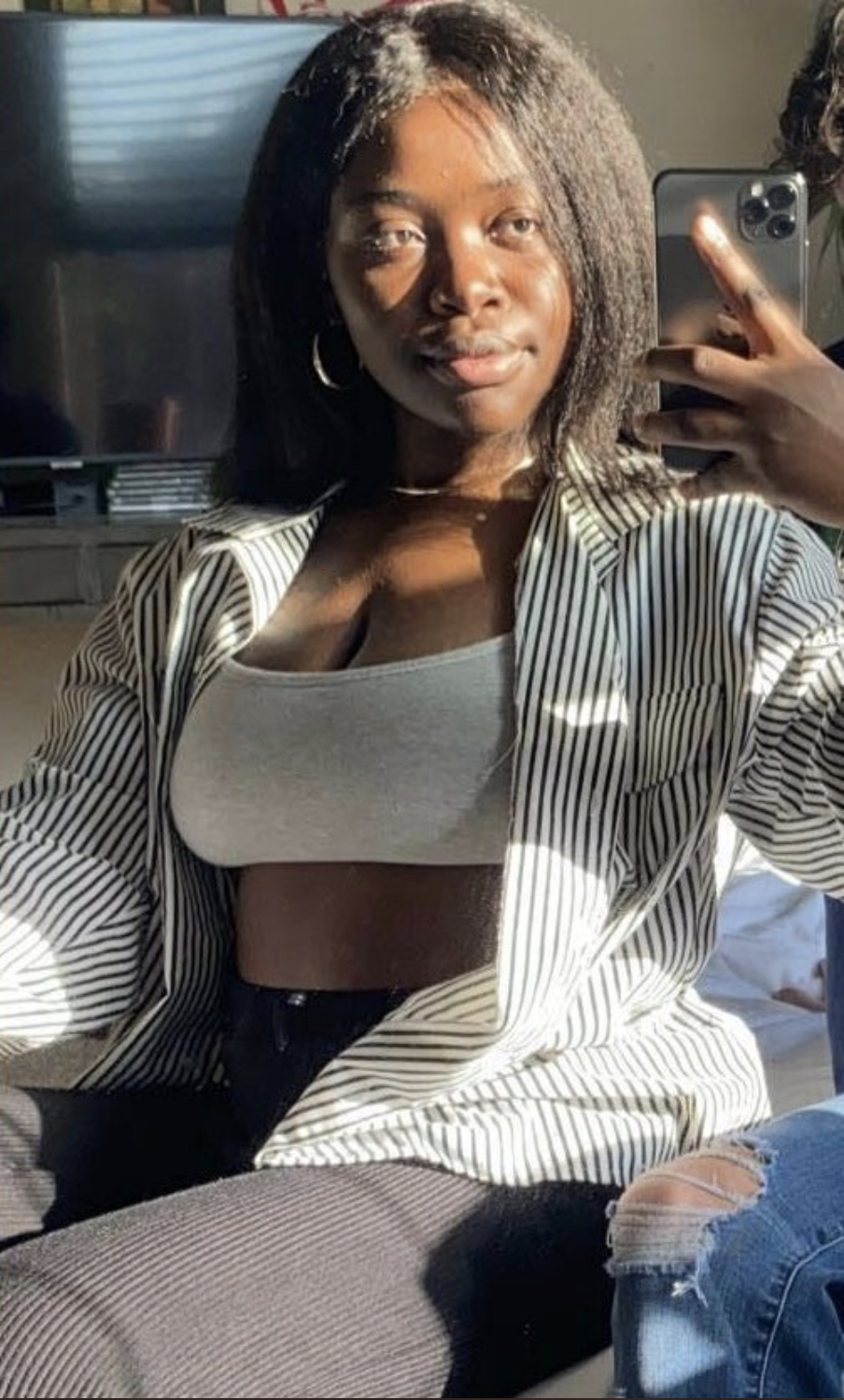 Social media users are speculating she may have been lynched, although there are no reports to confirm this.

Who was Gloria Bambo?

Gloria Bambo was a young black woman who was found hanging in her white roommate's garage on July 12 in McKinney, Texas.

The McKinney police department have ruled her death a suicide.

They suspected no foul play in the case.

Social media users are speculating that her death may have been a lynching. 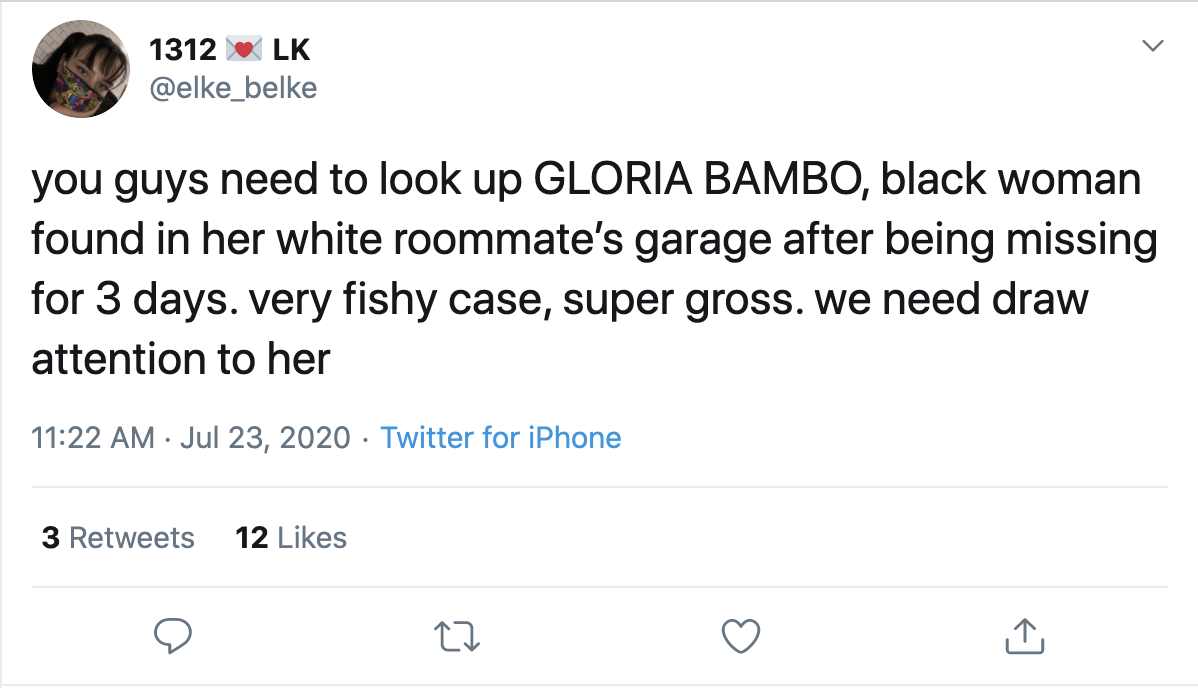 "You guys need to look up GLORIA BAMBO, black woman found in her white roommate’s garage after being missing for 3 days. very fishy case, super gross. we need draw attention to her," one user wrote on Twitter.

"Another black person found hung, we are not hanging ourselves!!!!!!!! #GLORIABAMBO" another added.

Bambo's death is one of several hangings of African Americans to have come out of the US in recent months.

"THERE IS LYNCHINGS GOING ON IN AMERICA 2020 WHY IS NO ONE TALKIN ABOUT IT, THIS IS NOT A JOKE OR FAKE NEWS #GLORIABAMBO SAY HER NAME" another user demanded.

What happened to her?

Earlier this week, a Facebook user by the name of Jamilla Arnold posted about the death of Gloria Bambo.

“Gloria Bambo, a South African citizen, and a resident of McKinney, Texas was found hung inside her garage.

Gloria resided with her roommate, a white male who found her in the garage Sunday July 12, 2020,” the post reads.

“Gloria went missing Thursday and supposedly died in that garage the same day July 9. Gloria’s body was in that garage 3 days, where people resided, and repairs were made.

No one has heard anything about this Why? We need to know what happened to Gloria?”

The post tagged the Collin County NAACP, The Dallas Morning News and other media outlets.

Arnold’s message has been shared over 1,800 times with more than 250 comments.

Who is her roommate?

The McKinney department noted that Bambo, 20, was found hanging by her “19-year-old male roommate.”

It did not provide details on when or where she was found.

“My friend, who was also #gloriabambo’s roommate asked me to make this post on his behalf and share the correct information in regards to her passing,” the caption read.

The user published a supposed statement from the unnamed roommate, who claimed Bambo was living with mental health issues like bipolar and anxiety disorders.

The roommate also claimed Bambo was estranged from her family and had recently been fired from her job.

The Collin County NAACP tweeted at the McKinney Police Department demanding further results from the investigation.

They said they would not "accept the sole statement from the roommate."

What have the McKinney police department said about her tragic death?

The McKinney police department released a statement on her passing on social media after ruling her death a suicide. 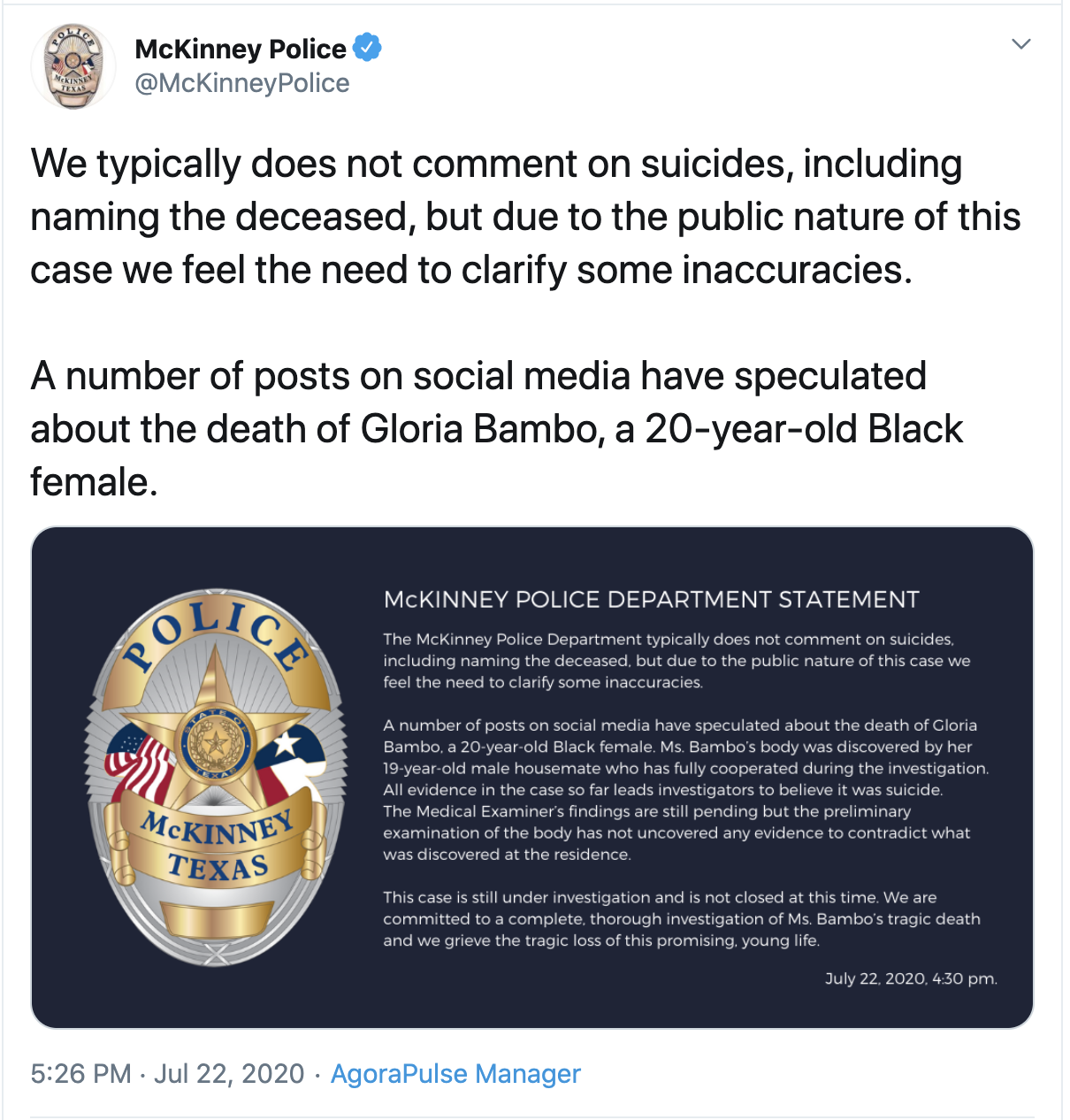 “The McKinney Police Department typically does not comment on suicides, including naming the deceased, but due to the public nature of this case we feel the need to clarify some inaccuracies,” the post reads.

"A number of posts on social media have speculated about the death of Bambo.

Her body was discovered by her 19-year-old male housemate who has fully cooperated during the investigation. "

The statement cotinues: "All evidence in the case so far leads investigators to believe it was suicide.

"The Medical Examiner’s findings are still pending but the preliminary examination of the body has not uncovered any evidence to contradict what was discovered at the residence.

"This case is still under investigation and is not closed at this time.

"We are committed to a complete, thorough investigation of Ms. Bambo’s tragic death and we grieve the tragic loss of this promising, young life."