The ’90s marked some tough times for Winona Ryder. In a new interview for Harper’s Bazaar, the digital cover star opened up about the struggles she faced behind the scenes after splitting from ex-fiancé Johnny Depp in the early ’90s in the midst of an intense tabloid culture.

“That was my Girl, Interrupted real life,” the actress told the magazine, referencing the 1999 psychological drama she starred in.

Recalling her role in the 1993 film The House of the Spirits, Ryder described how she took the advice of her therapist and tried to imagine being gentle to her younger self. “I remember, I was playing this character who ends up getting tortured in a Chilean prison,” she said. “I would look at these fake bruises and cuts on my face [from the shoot], and I would struggle to see myself as this little girl. ‘Would you be treating this girl like you’re treating yourself?’ I remember looking at myself and saying, ‘This is what I’m doing to myself inside.’ Because I just wasn’t taking care of myself.”

She also got comforting words from Michelle Pfeiffer, whom she worked with on The Age of Innocence, out that same year. “I remember Michelle being like, ‘This is going to pass,'” Ryder recalled. “But I couldn’t hear it.” 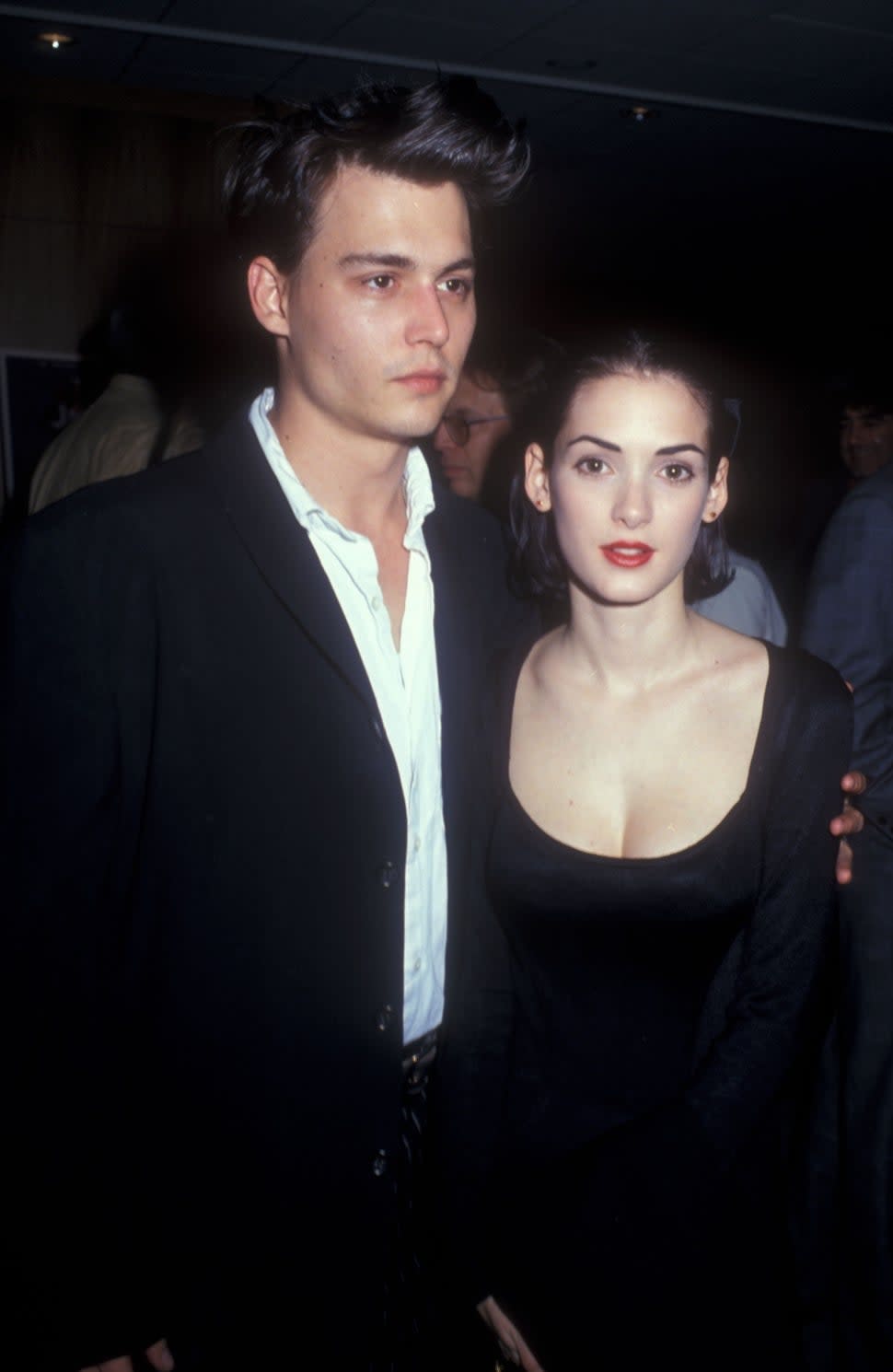 That was the extent the generally private 50-year-old star shared. “I’ve never talked about it,” Ryder noted. “There’s this part of me that’s very private. I have such, like, a place in my heart for those days. But for someone younger who grew up with social media, it’s hard to describe.”

Decades removed from her romance with Depp, the Stranger Things star has been in a relationship with Scott Mackinlay Hahn for reportedly more than a decade.

“We have so much in common,” she told Harper’s Bazaar of her man. “We connected on so many levels. But it was amazing that he’s not in this business…. I really did try to keep it quiet.”