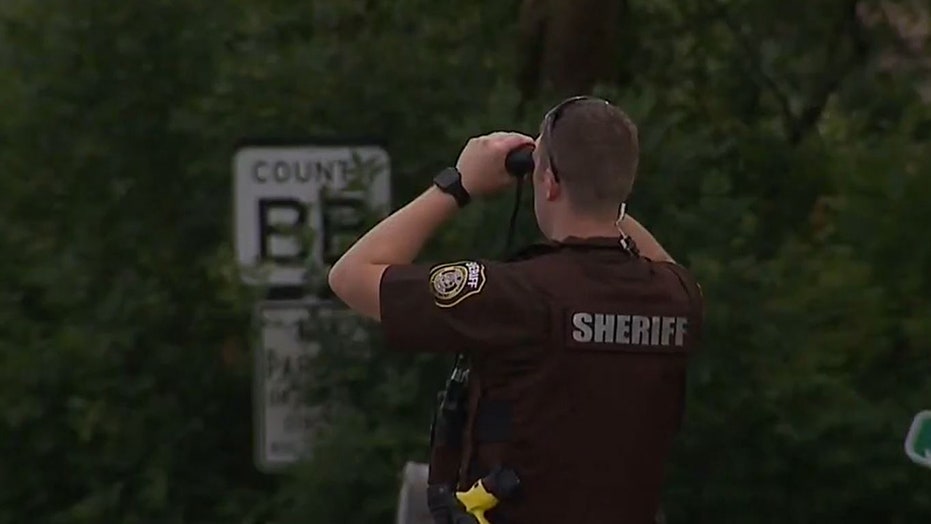 A manhunt was underway in Wisconsin Tuesday evening after a brazen armed bank robbery about 35 miles outside Milwaukee that prompted a heavy police response and the partial closure of an interstate.

The Oconomowoc robbery occurred at about 1:45 p.m. Nearby residents were urged to shelter in place, but it was unclear if the message was tied to the robbery. Officers in tactical gear were seen carrying long guns and searching the area around westbound I-94 in Waukesha County, which was shut down for a large portion of the day, FOX 6 of Milwaukee reported.

“They were tacted up,” a driver said. “Saw a couple of officers in command post vehicles looking at drone video.”

The manhunt continued into the late evening Tuesday.

The bank robbery suspect was described as a 6-foot tall heavyset White man in his 20s, who was last seen wearing a black hoodie and black pants. He was possibly barefoot, FOX 6 reported. 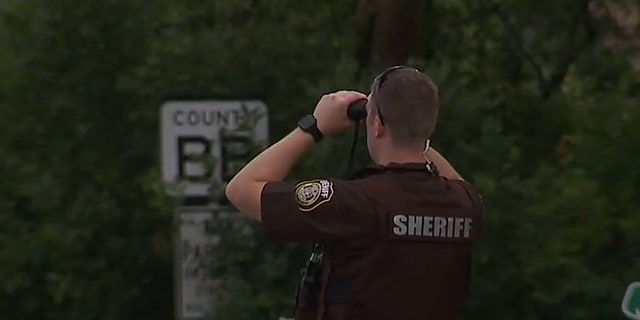 The Waukesha County Sheriff’s Department, Oconomowoc police, and several other agencies are taking part in the search.

Stephanie Ohlfs, the vice president and marketing manager of Waukesha State Bank, said the bank is working with authorities, according to the Sentinel.