WORKERS removing a statue of Confederate leader Jefferson Davis in the Kentucky State Capitol Building made a surprising discovery.

Hidden in the base of the statue was a bottle of bourbon whiskey, and a newspaper from October 20, 1936, the day it was erected. 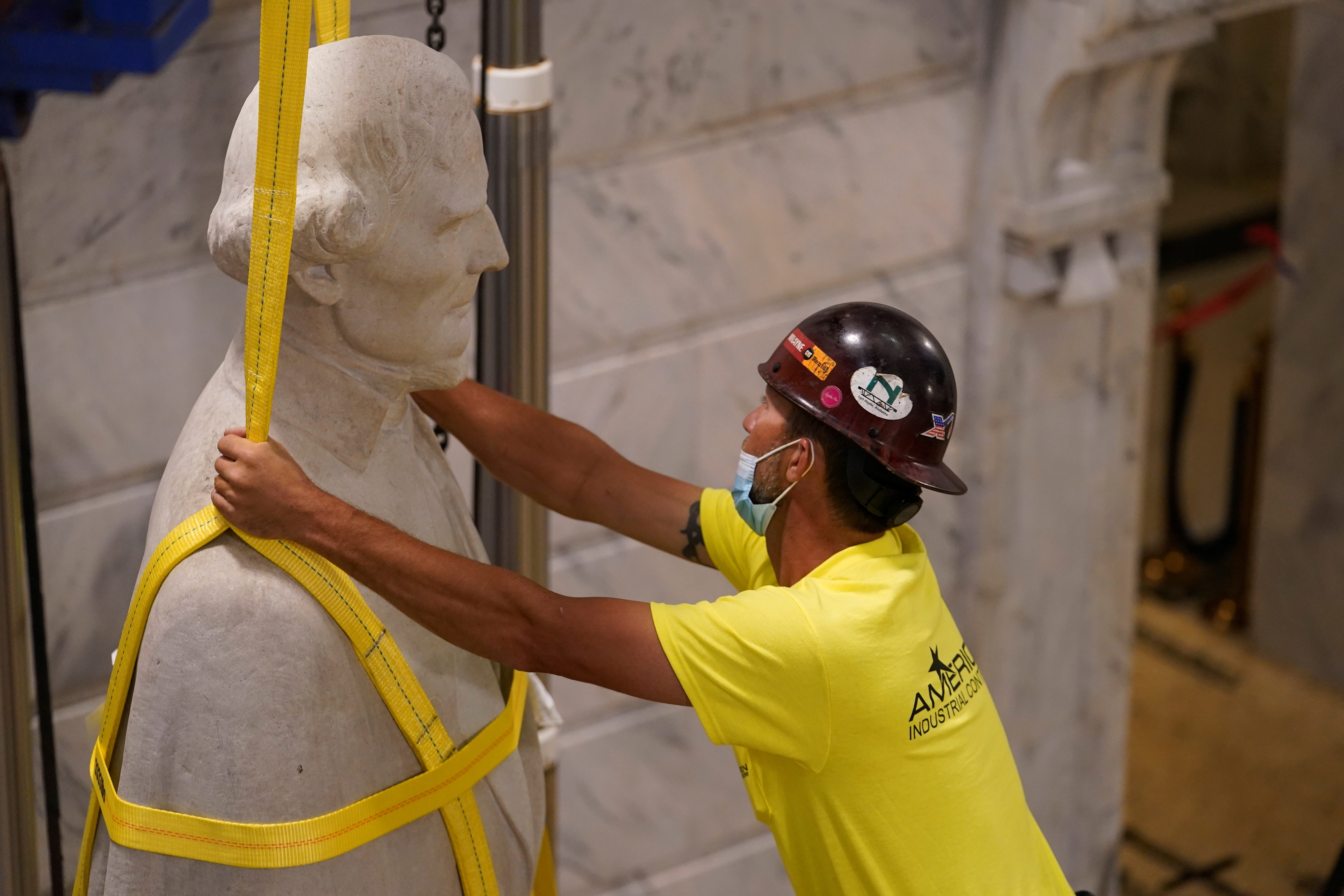 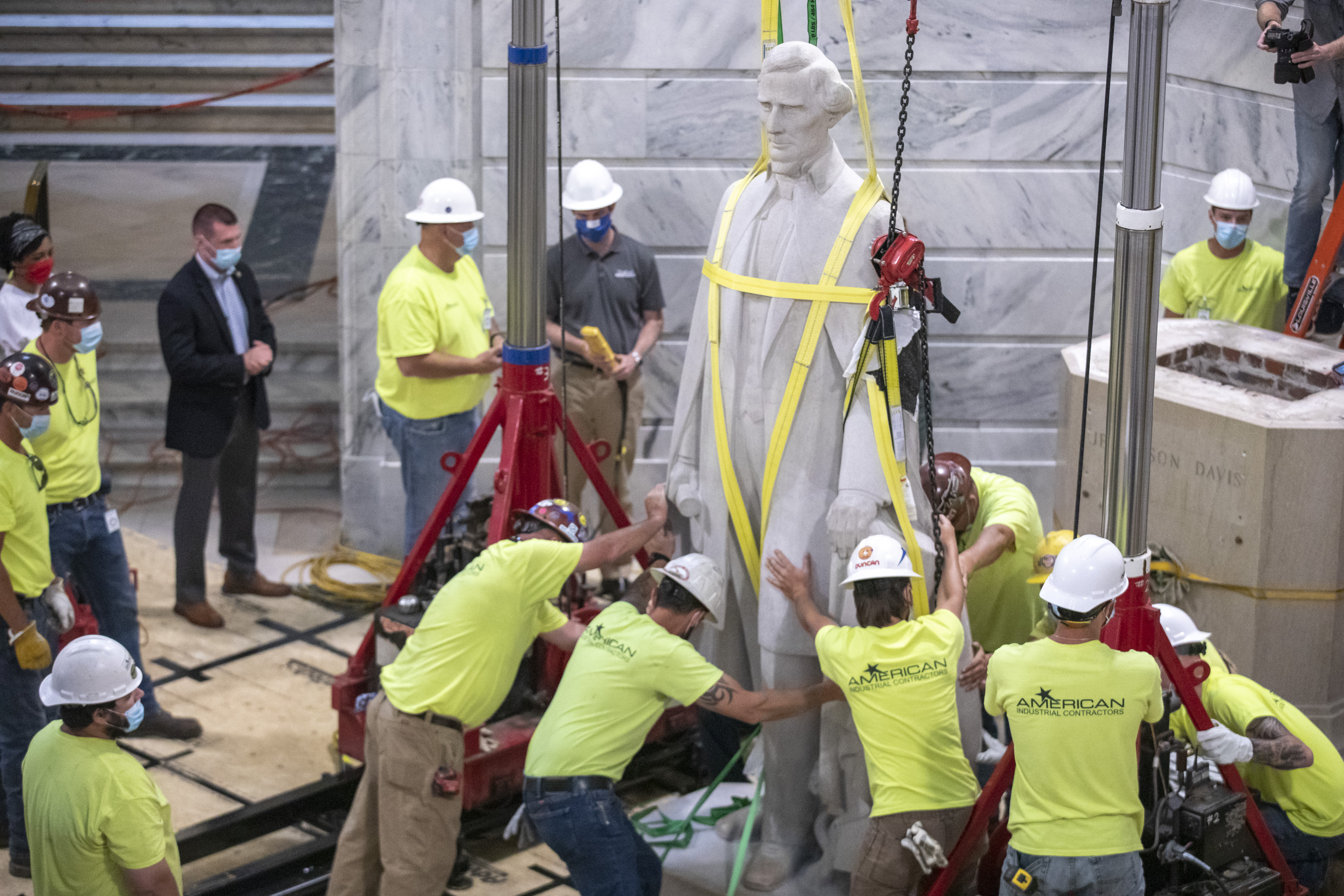 Governor Andy Beshear pulled the artefacts out of the hole left by the Confederate monument's removal, Spectrum News 1 reported.

“Today I pressed the button to bring it down," Gov. Beshear tweeted on Saturday.

“Now, every child who walks into their Capitol feels welcome. Today we took a step forward for the betterment of every single Kentuckian."

Confederate statues are being taken down across the US in response to public pressure following the death of George Floyd and the rise of the Black Lives Matter movement.

Another statue of Davis in Virginia was torn down by protesters last week. 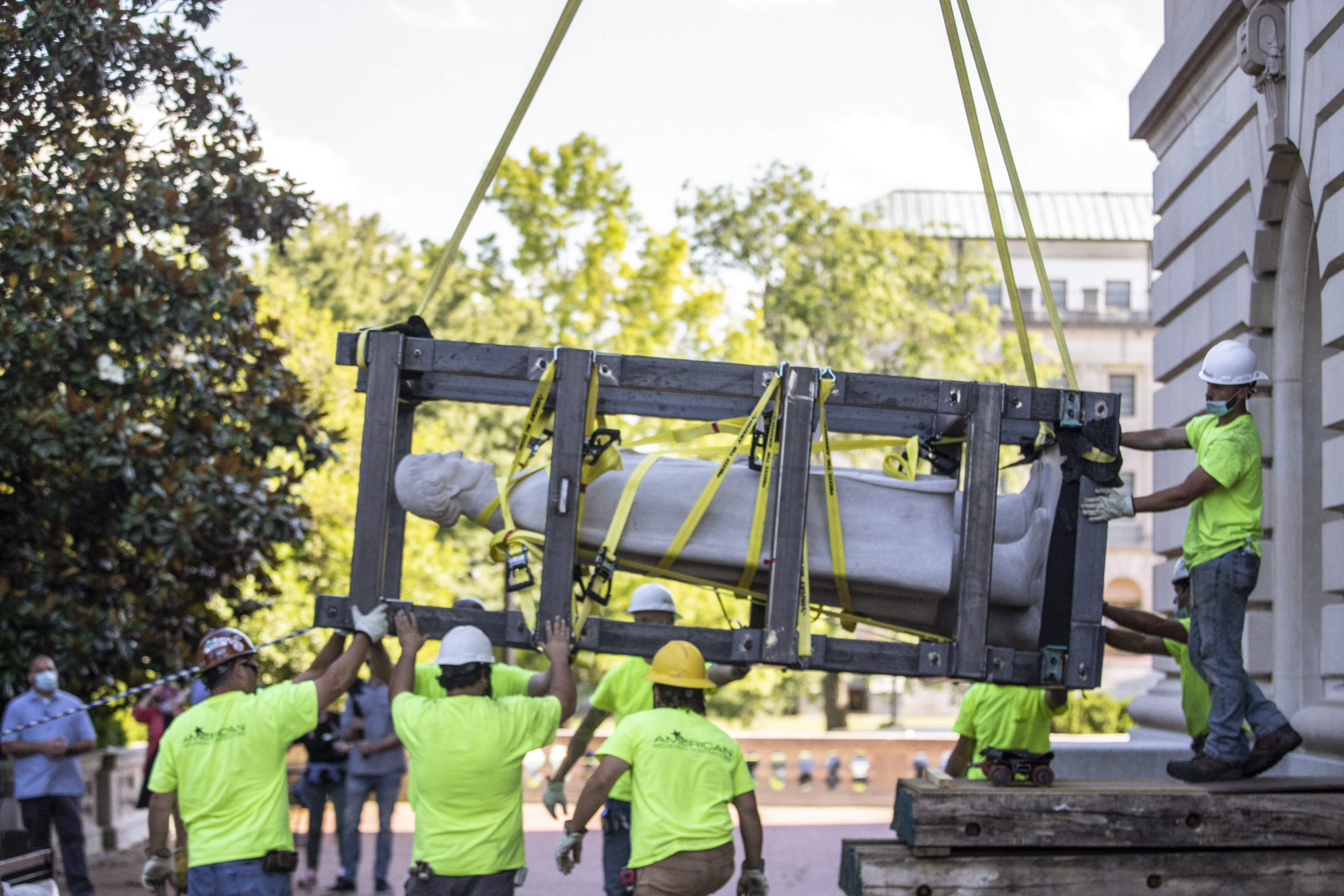 Across the country, at least 10 monuments of controversial historical figures have been removed, and people have targeted similar monuments in more than 20 cities.

The statue of Davis – a former slave owner – was toppled along Richmond's famed Monument Avenue late on Wednesday night.

About 80 miles away, protesters beheaded and then pulled down four statues that were part of a Confederate monument in Portsmouth.

A statue of Christopher Columbus in Richmond was torn down by protesters, set on fire and then submerged into a lake on Tuesday.

Demonstrators also gathered in Linn Park last week and toppled down a statue of the Confederate Navy captain Charles Linn in Birmingham, Alabama.

In yet another instance, a statue of Confederate general Lawrence Sullivan Ross on the Texas A&M campus was defaced with graffiti.

The movement has even spread across the pond.

In the UK a statue of slave trader Edward Colston was pulled down during an anti-racism demonstration and tossed into Bristol Harbour.