WORKMEN posed for selfies with a World War Two BOMB before they were told to down their tools and run in fear it could still explode.

Landscape gardener Stephen Cochrane, 36, and his men found the unexploded device while digging foundations for a new fence in Weeton, North Yorkshire. 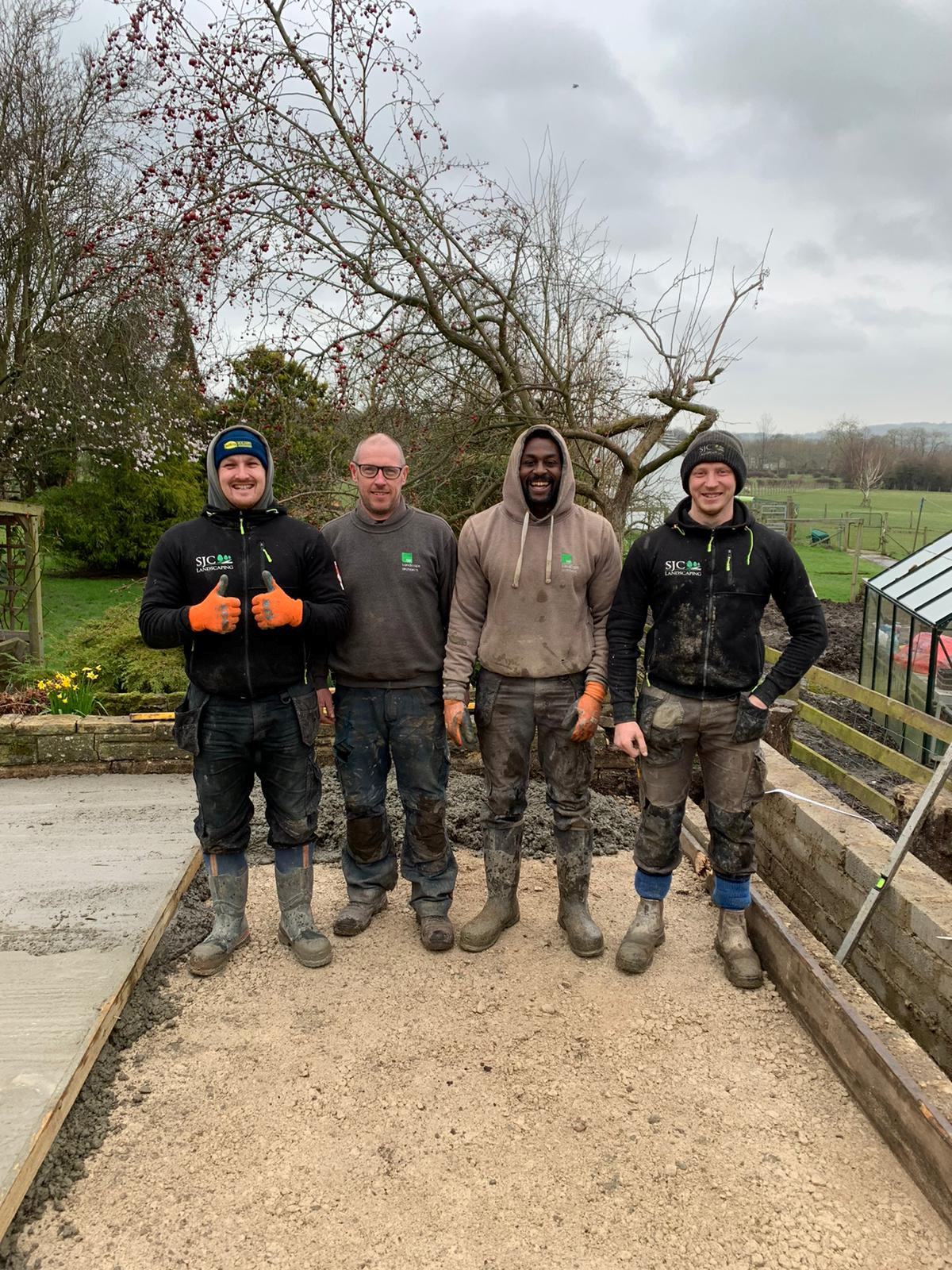 They washed it and took snaps of it after Stephen’s metal detectorist brother-in-law told them it was safe.

But a few hours later Stephen decided to get a second opinion and sent a photo of his find to police.

They checked with the bomb squad – who immediately ordered everyone in the street to evacuate.

Dad-of-three Stephen said: "We'd gone about two feet down and one of the lads hit it with shovel a couples of times.

"He thought it was a big rock at first, then we brushed the dirt away around it and discovered it was a bomb.

"We were passing it around and having a look.

"When I got home later, it was a sense of 'bloody hell that was dangerous', but also relief.

"I didn't realise how serious it was until the police said we weren't allowed to clean our tools up or anything.

"The whole street was evacuated and we weren't allowed to go back to the house.

"My little boy is really clever and big into his history, I was going to clean it up and take it home for him to have a real piece of history to keep.”

One of the lads hit it with shovel … He thought it was a big rock at first, then we brushed the dirt away around it and discovered it was a bomb.

Stephen, of Otley, West Yorkshire, has since spoken to a pal who served in the military who told him the shell could have exploded.

He added: "He told me they have a ballistic head and if the crystals inside it vibrate it could have set it off.

"I feel very lucky that I didn't, it was madness what we were doing looking back at it.

"I was quite silly not to get an expert opinion on it straightaway, I just took my brother-in-law's word for it as he is pretty clued up on this sort of thing.

"It's not every day you come across a World War Two bomb at work.

"It didn't hit home until later how dangerous and silly we were being.

North Yorkshire Police confirmed on twitter at the time that a cordon was in place after the bomb was found on Thursday.

The force later tweeted: "And just like that, it's all sorted.

"EOD have removed the shell, the cordon has been lifted, and life in Weeton can get back to normal on this lovely sunny afternoon.

"Thanks for your patience everyone."