A 2,700ft tribute fit for a Queen: World’s tallest building the Burj Khalifa is lit up with an image of late monarch and the British flag – after Brandenburg Gate and the Empire State building illuminated to mark the world-renowned royal’s passing

The world’s tallest building, the Burj Khalifa, has been lit up with an image of Queen Elizabeth II and the Union Jack in tribute to Her Majesty.

It is one of a number of iconic sites across the world that have marked the death of the 96-year-old monarch, with the Brandenburg Gate in Berlin and the Empire State Building in New York also commemorating her.

Since the Queen’s death was announced on Thursday evening, tributes have poured in from around the world as the UK and millions of others mourn her passing.

In a striking image, the 2,700ft tall Burj Khalifa in Dubai was covered in the livery of the British flag as the United Arab Emirates showed its solidarity with the UK.

It also displayed a huge portrait of Her Majesty, beaming her image bright into the night sky in the Middle Eastern country.

In Germany the iconic Brandenburg Gate in Berlin was also lit up with the Union Jack as it expressed its mourning for the Queen.

And in the United States the Empire State Building was lit up in purple in its own tribute to the late Monarch, while in Australia an image of the Queen was displayed on the Sydney Opera House. 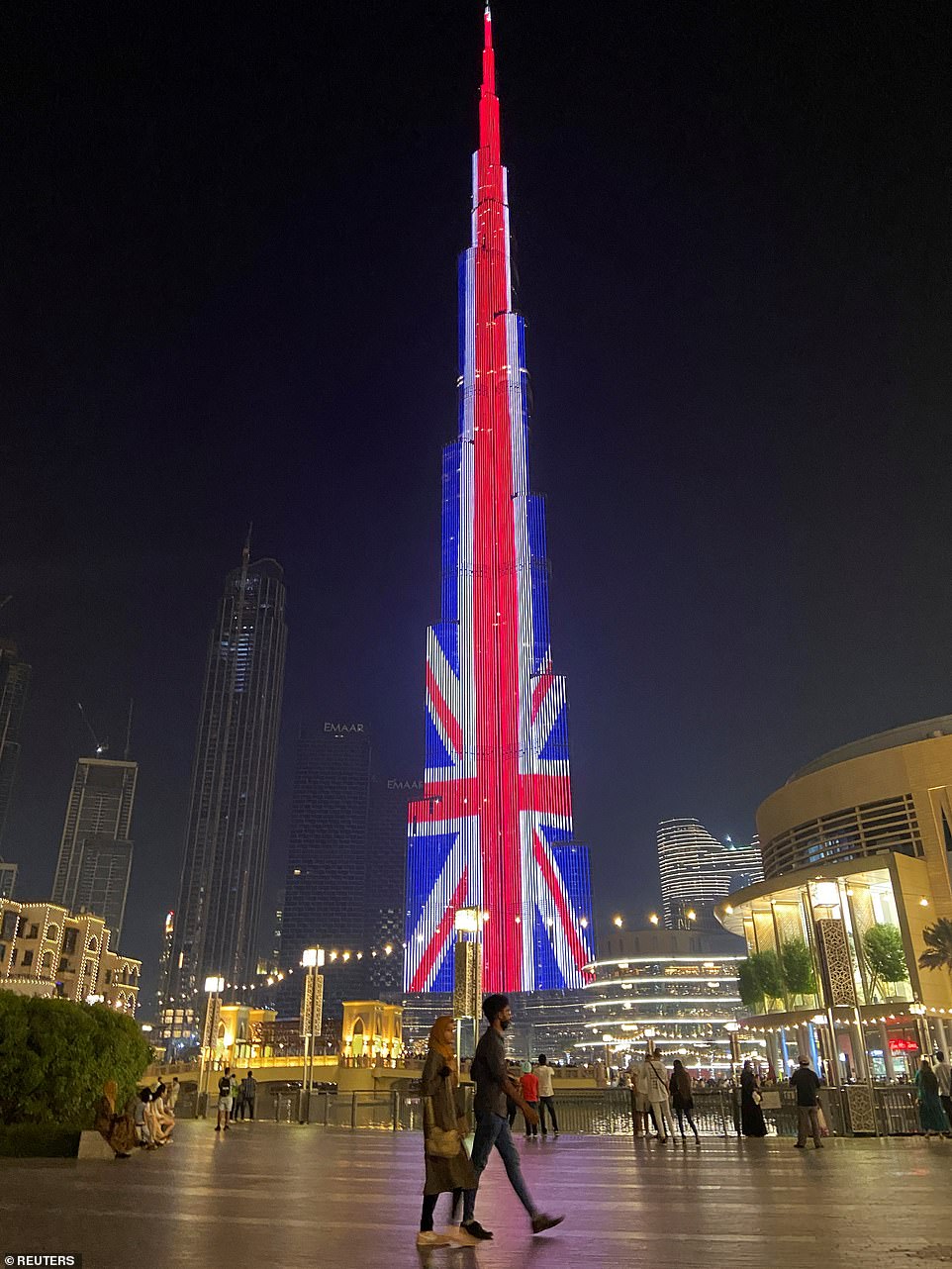 The world’s tallest building, the Burj Khalifa, in Dubai, was lit up with the Union Jack last night as the United Arab Emirates paid tribute the Queen following her death 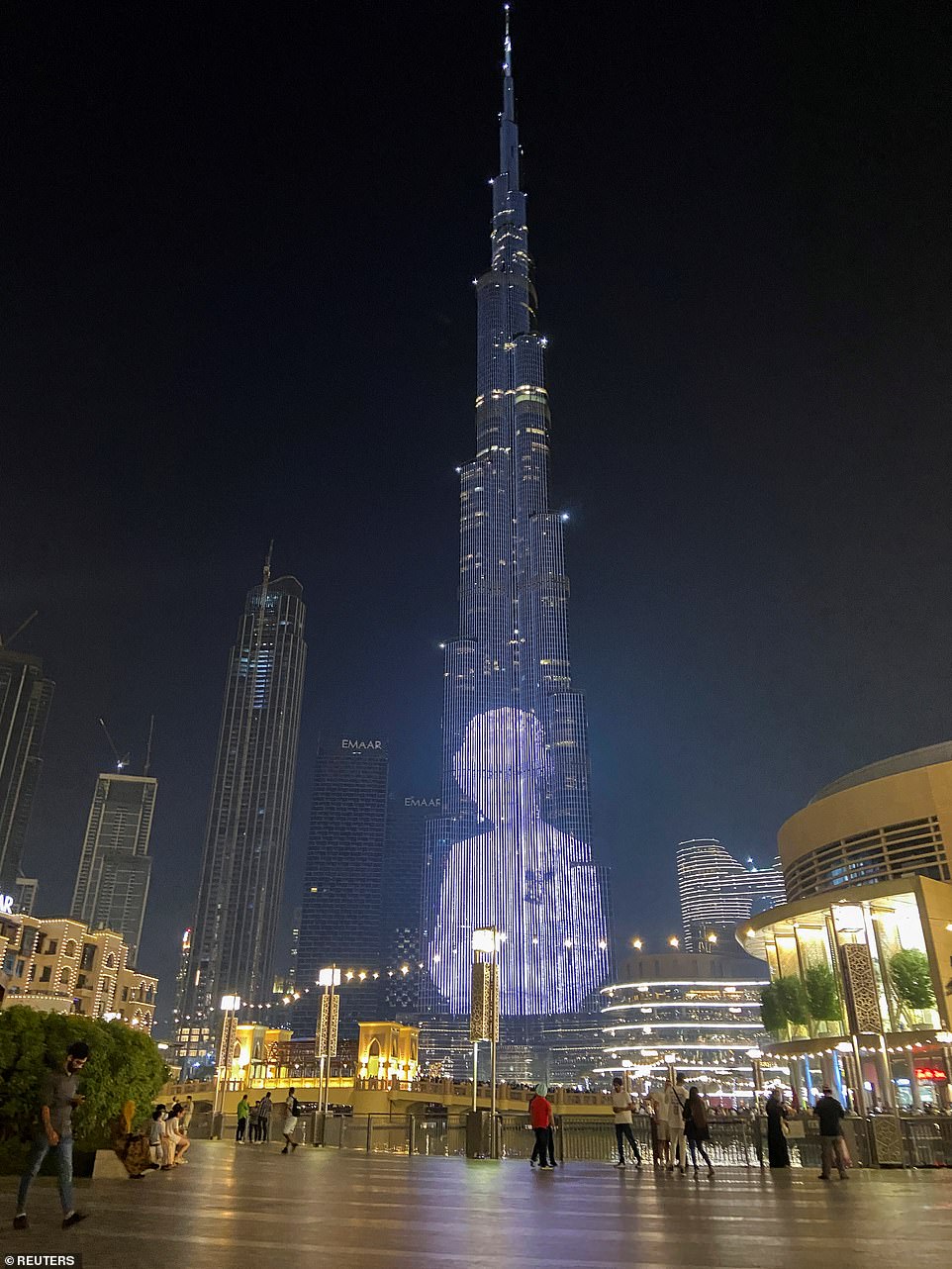 The 2,700ft tall building was also lit up with a giant portrait of Her Majesty as it commemorated the monarch, who died on Thursday 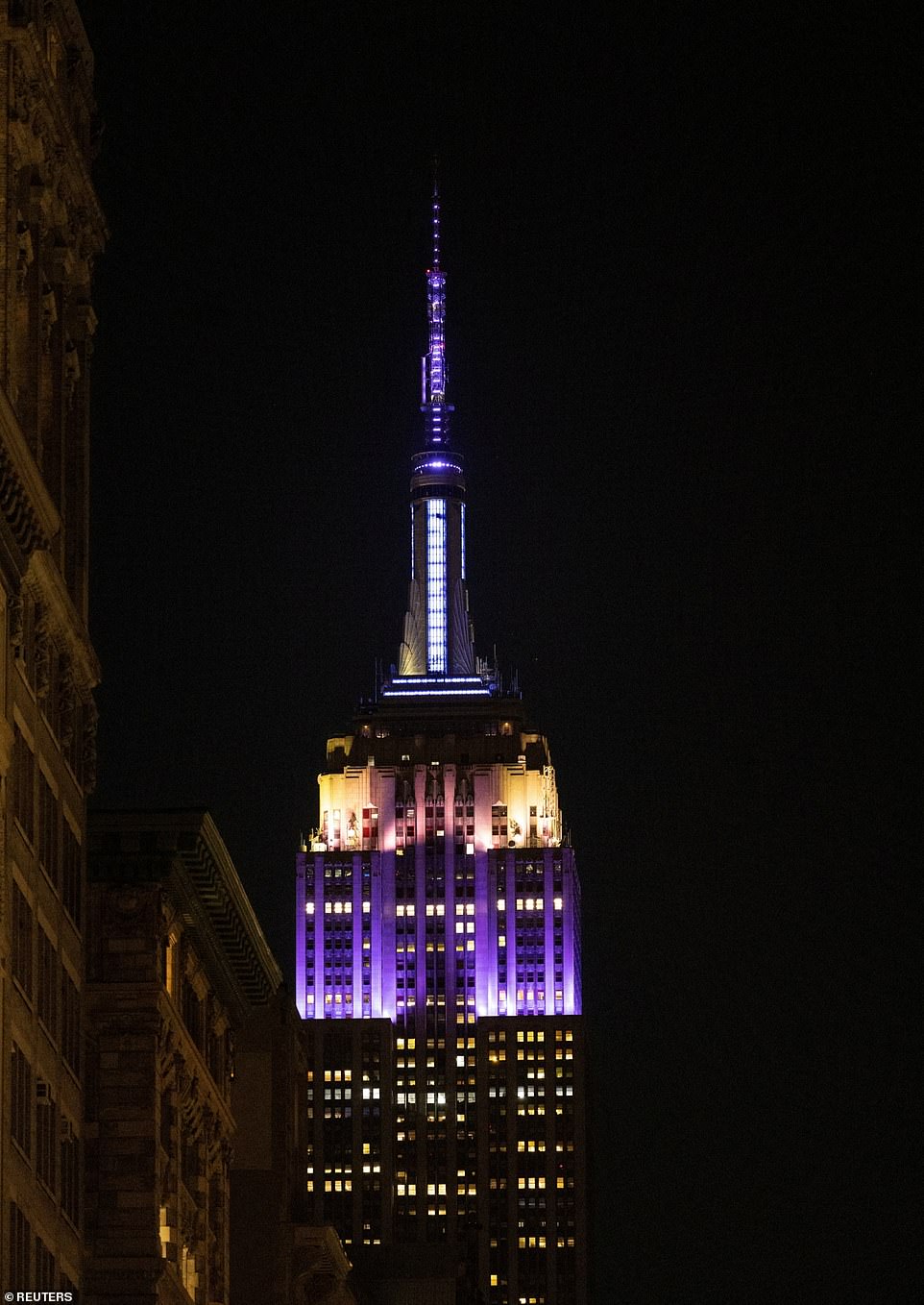 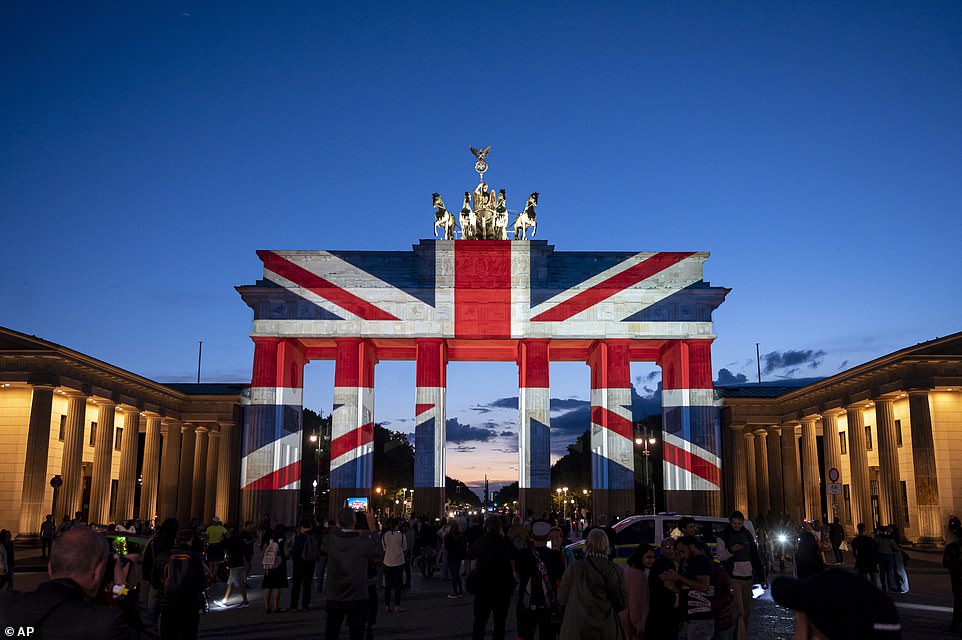 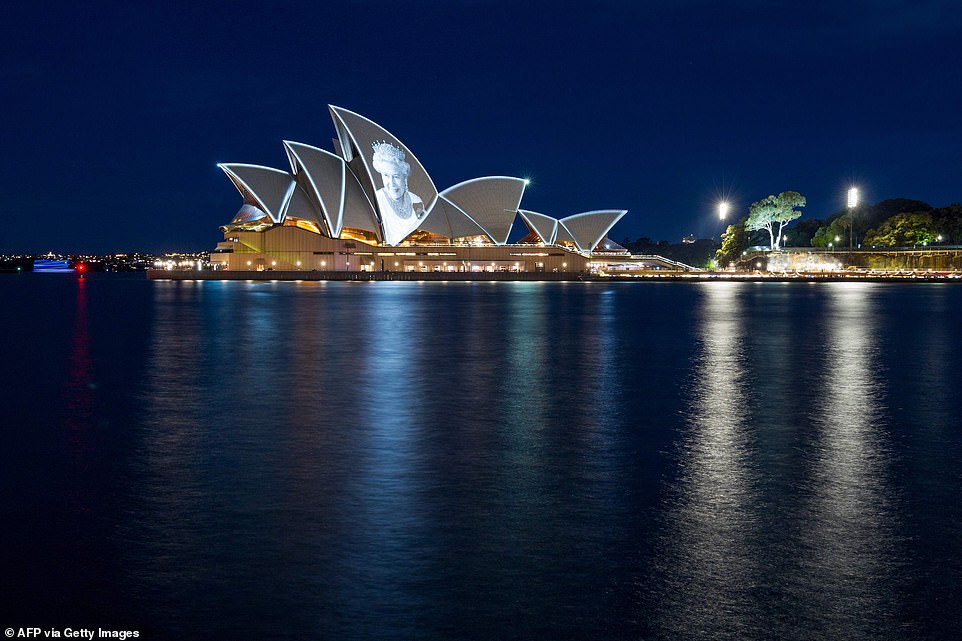 The Sydney Opera House in Australia was also lit up with an image of Her Majesty, who was also the country’s head of state for 70 years

Closer to home Legoland paid its own unique tribute to Her Majesty by adding flags at half mast and mourners laying flowers to its Windsor Castle and Buckingham Palace displays.

Smaller details such as a notice of the British monarch’s death on the gates of Buckingham Palace were also added.

The theme park closed for a day following the news of Her Majesty’s death aged 96 but has now reopened.

The park is based in Windsor, where the Queen also lived. In past years people living in the area grew used to seeing her in the Great Park there. 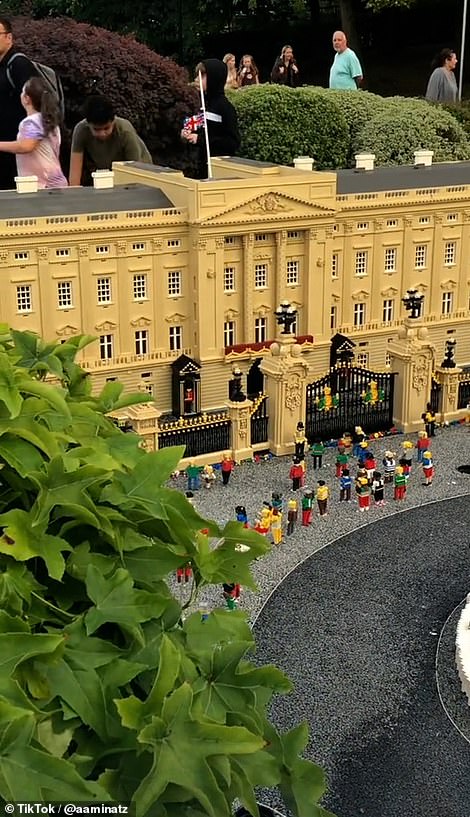 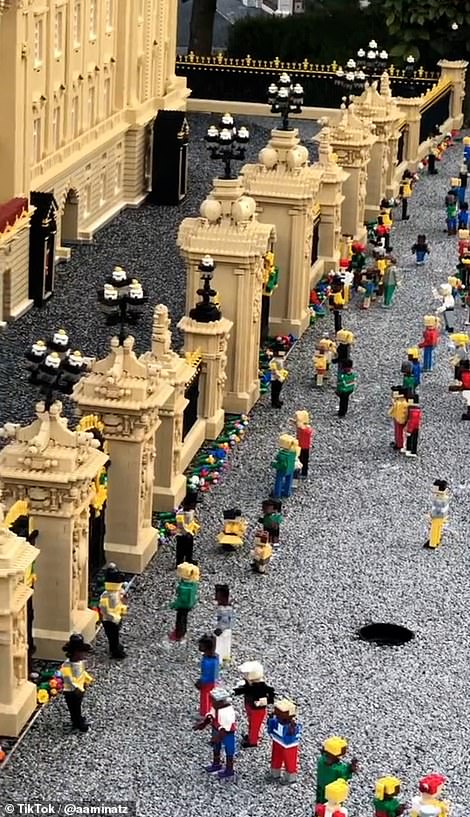 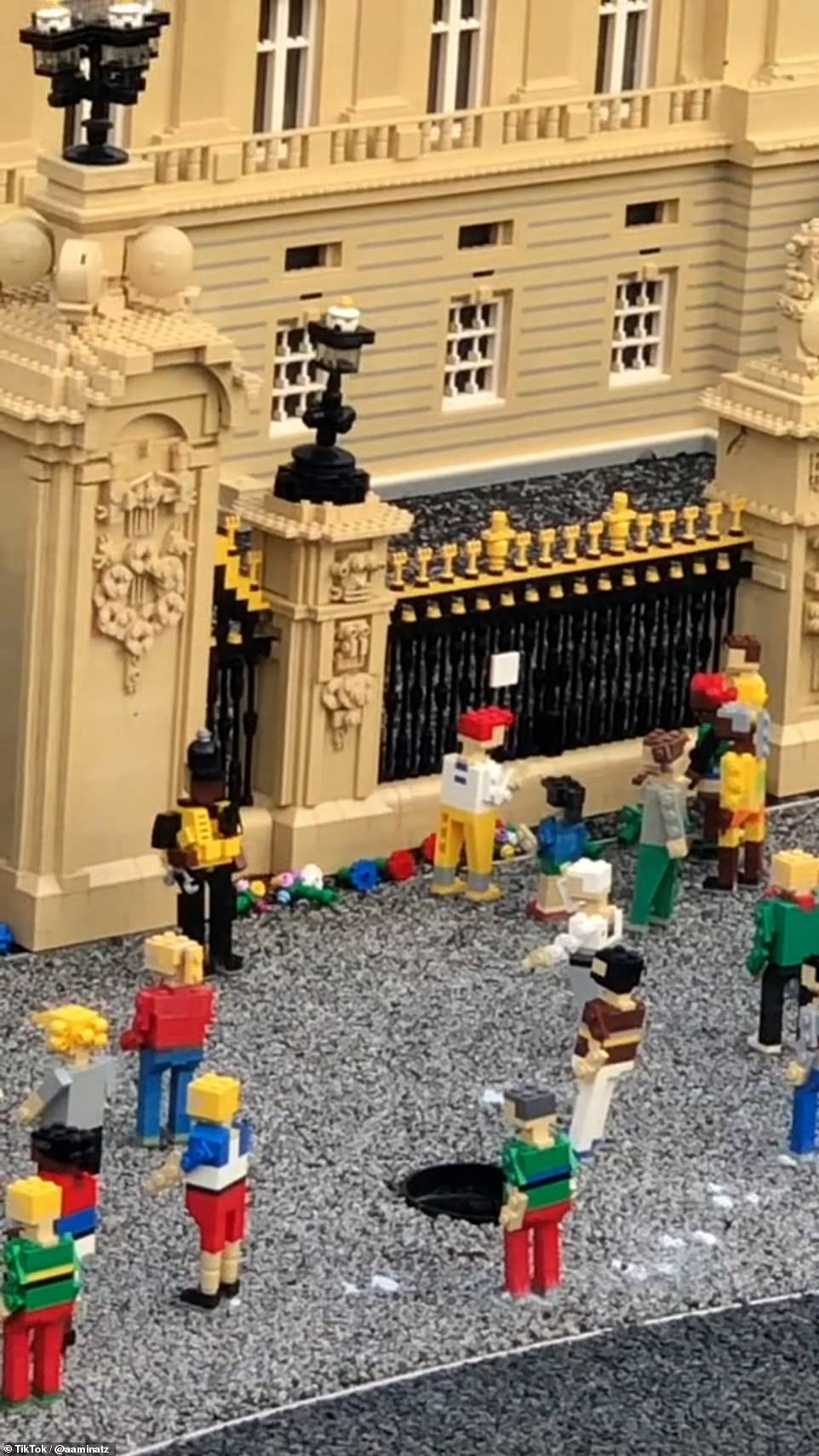 Her Majesty Queen Elizabeth II died at her summer home in Balmoral, Scotland, on Thursday at the age of 96, prompting an outpouring of grief in the UK and around the world.

Her eldest son, Charles, was proclaimed as king yesterday, while today her coffin was moved from Balmoral to the Palace of Holyroodhouse in Edinburgh.

Tens of thousands of people lined the streets of the Scottish capital as her cortege arrived, while family members such as Prince Andrew, Princess Anne and the Earl and Countess of Wessex were present as it drove into the city.

They gave her a guard of honour, along with the King’s Bodyguard for Scotland (Royal Company of Archers), as she was carried into the royal palace.

She will rest overnight in Edinburgh before she is carried to St Giles Cathedral in the city in the afternoon, during which she will be accompanied by the King and other family members.

Her body will then lie in rest in the cathedral for until Tuesday, when it will be flown to RAF Northolt by a military plane. She will be accompanied by Princess Anne on this journey.

On Wednesday afternoon Her Majesty’s body will travel in a public procession from Buckingham Palace to Westminster Hall, where the coffin will be placed on a raised platform and topped with the Imperial State Crown, orb and sceptre. 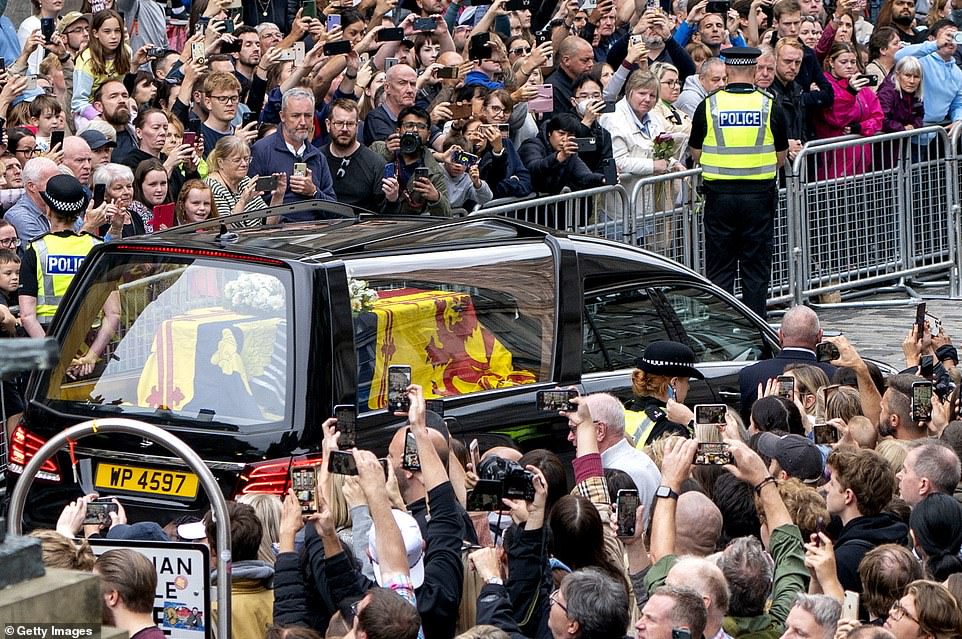 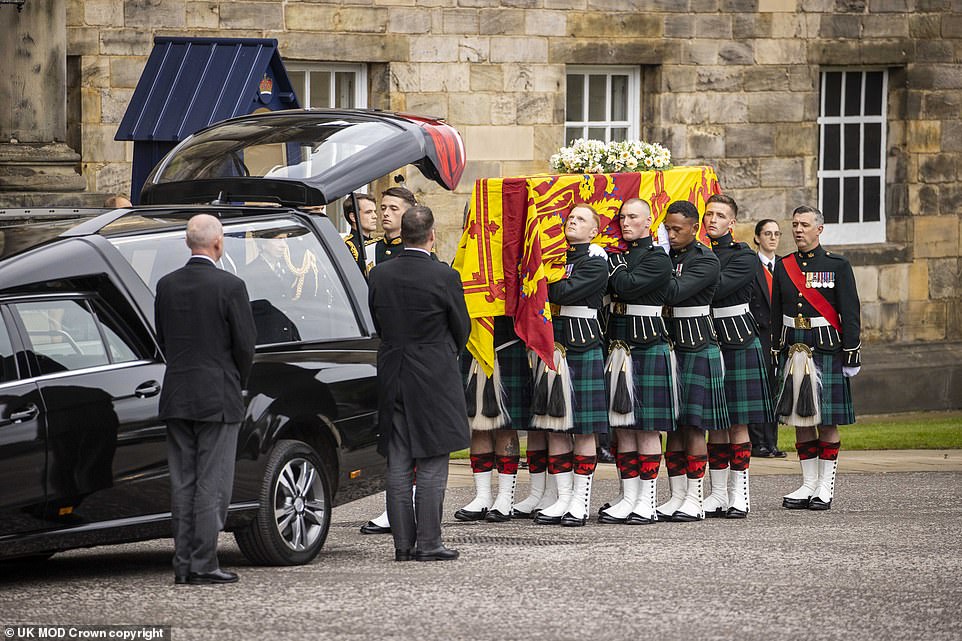 The Queen’s funeral will be held on Monday, September 19, after 10 days of national mourning. Pictured is her cortege arriving at Holyroodhouse in Edinburgh today

It will be guarded 24-hours-a-day by soldiers and for the next four days will lie in state until the morning of her funeral on Monday, September 19.

The coffin will then be taken by procession to Westminster Abbey for her funeral service which is expected to see heads of state from around the world attend.

After this service she will then be taken in a hearse to St George’s Chapel in Windsor Chapel, where a committal service will take place.