Any deal agreed in peace negotiations with Russia will be submitted to a referendum in Ukraine to let the people ‘weigh in’, President Volodymyr Zelensky has today said.

Speaking to Ukrainian media outlet Suspilne, the country’s leader said: ‘I explained it to all the negotiating groups: when you speak of all these changes (in a future accord) and they can be historic… we will come back to a referendum.’

‘The people will have to weigh in on certain kinds of compromise.’

President Zelensky added that a part of the talks will discuss what the compromises cover and spoke at length about whether Ukraine should join NATO.

He said Ukraine will not be admitted to NATO because its member states ‘are afraid of Russia’ as ‘we have all already understood’. 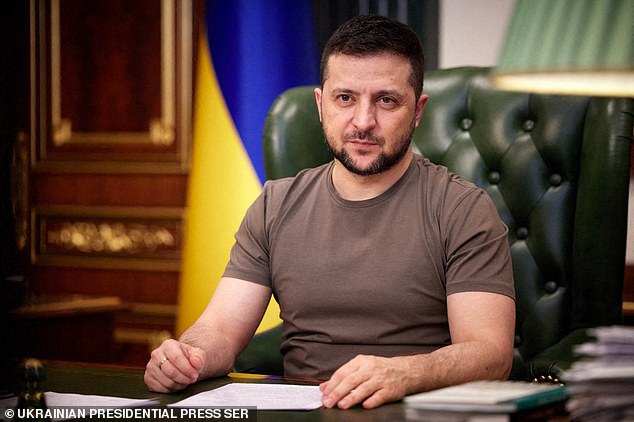 Any deal agreed in peace negotiations with Russia will be submitted to a referendum in Ukraine, President Volodymyr Zelensky has today said

But he added now Ukrainians need ‘other security guarantees’.

President Zelensky also said: ‘There are NATO countries that want to provide security guarantees…who are ready to do what the alliance would do if we were members,’ the Ukrainian leader said.

‘And I think this is a normal compromise.’

Moscow insists on a guarantee that Ukraine never be admitted to NATO, an organisation created to protect Europe from the threat of the Soviet Union at the start of the Cold War.

Since the collapse of the Soviet Union, NATO has expanded to include countries on Russia’s borders. 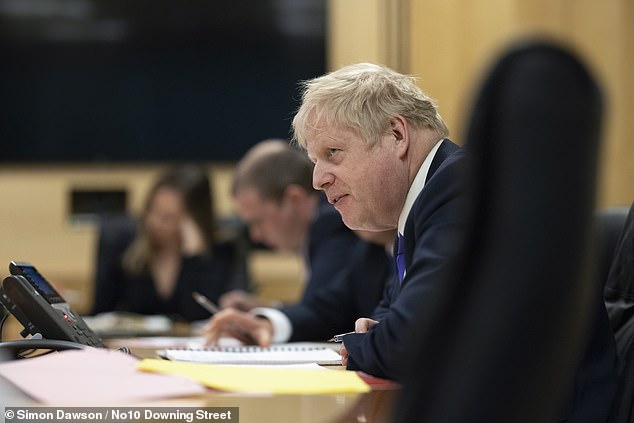 US President Joe Biden, who travels to Europe this week to attend a summit with NATO leaders, discussed the war with politicians including Boris Johnson today

This comes as a number of international leaders have held a series of talks, but no substantive solution to the conflict has emerged from that dialogue.

Yesterday Mr Zelensky spoke with Israeli legislators via video link, thanking Israel for its efforts to broker talks with Russia.

US President Joe Biden, who travels to Europe this week to attend a summit with NATO leaders, discussed the war with politicians including Boris Johnson, President Emmanuel Macron of France, Chancellor Olaf Scholz of Germany and Prime Minister Mario Draghi of Italy today.

Mr Biden and NATO have said repeatedly that while they will provide weapons and other defensive support to non-NATO member Ukraine, they are determined to avoid any escalation that risks a broader war with Russia.