The high-tech video app used by Boris Johnson to host a ‘virtual’ Cabinet meeting this week been banned by UK defence chiefs over hacking fears, it was revealed today.

The Prime Minister used the Zoom  video-conferencing system yesterday in Downing Street in order to observe rules on social distancing to curb the coronavirus outbreak.

It allows a large number of people to ‘dial-in’ to a conference call and use computer and phone cameras to be seen by other participants.

The weekly Cabinet meeting, which usually involves ministers tightly packed around a large table can include discussions on sensitive information like matters of national security.

But it emerged today that Ministry of Defence (MoD) staff were told this week the use of Zoom was being suspended with immediate effect while ‘security implications’ were investigated.

Users within the military hierarchy weres reminded of the need to be ‘cautious about cyber resilience’ in ‘these exceptional times’.

One source told PA Media: ‘It is astounding that thousands of MoD staff have been banned from using Zoom only to find a sensitive Government meeting like that of the Prime Minister’s Cabinet is being conducted over it.’ 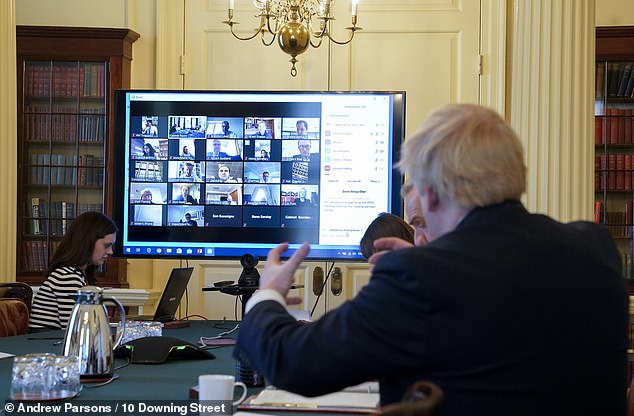 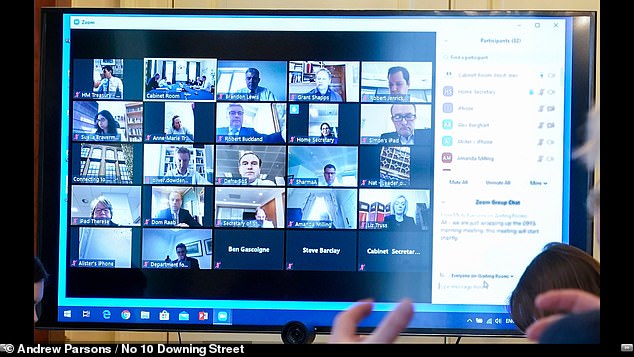 The Prime Minister and the Health Secretary Matt Hancock were the only two politicians in the room in No 10 yesterday morning, Downing Street confirmed.

It came after Monday’s decision to place the UK in lockdown and avoid gathering as much as possible.

The rest of his top team used the Zoom conferencing app to join the discussion. The only other people in the room were Chief Medical Officer Professor Chris Witty and Cabinet Secretary Sir Mark Sedwill.

The use of US-based Zoom has ‘exploded’ in popularity but concerns have been raised over its security, according to an industry expert.

It is thought swathes of businesses and organisations have flocked to use the technology in the last week as the UK went into lockdown, in a bid to continue meetings with employees who have been forced to work from home.

Growing numbers of people are also using it socially to catch up with friends virtually while stuck indoors.

It has prompted some online debate as to whether there are security and privacy concerns about using the platform. 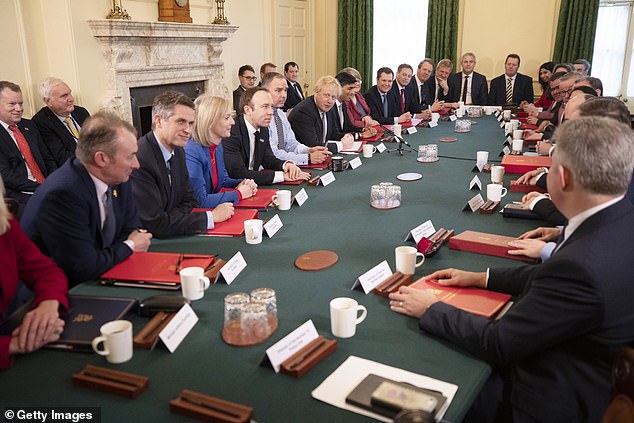 How Cabinet meetings normally look, with ministers crowded around a table in No 10 Downing Street

A message to MoD staff, seen by PA, said: ‘We are pausing the use of Zoom, an internet-based video conferencing service, with immediate effect whilst we investigate security implications that come with it.’

A decision will then be made about whether to continue using the programme, the email added.

Paul Bischoff, from Comparitech.com which researches and tests out security, privacy and networking technology, told PA that Zoom is ‘exploding in popularity’ and usage is becoming more ‘commonplace’.

While the programme is ‘fairly secure’, he warned the company was ‘slow’ to address a ‘webcam security flaw’ last year which ‘angered’ some users and security experts.

The problem allowed an attacker to hijack the user’s webcam through Safari on Apple Macs, he said. 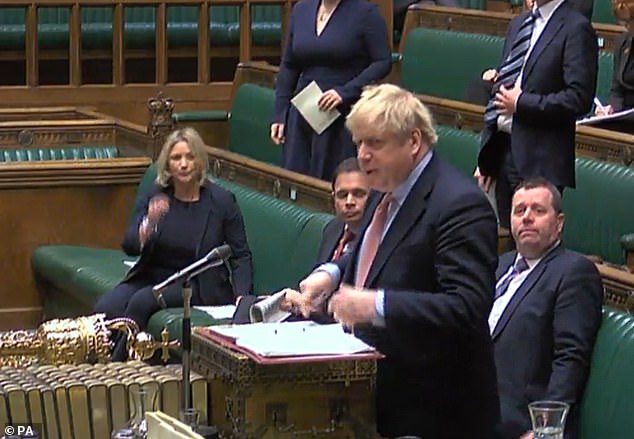 Around the same time, Zoom, which describes its service as reliable and easy to use, published an article with advice for users entitled ‘How to keep the party crashers from crashing your Zoom event’.

Mr Bischoff said: ‘The software has no known serious vulnerabilities at the moment, but that doesn’t mean a hacker won’t find a new vulnerability tomorrow.

‘The company also collects some personal information about users and shares it with a few third parties.’

He added it is important to verify links and senders before clicking on them because ‘criminals will probably create phishing pages designed to look like Zoom pages, but they really just steal your passwords and other information’.