Little Monsters everywhere celebrated the release of Lady Gaga’s sixth album, Chromatica, last week, but one little monster is the biggest cheerleader of them all: Gaga’s younger sister, Natali Germanotta.

She’s six years younger than Stefani, which means she was in high school when Gaga’s debut Just Dance was the biggest album of 2008. Since then, she’s appeared by Gaga’s side on film sets, at awards shows, and in the studio. As a fashion designer and stylist, she proves that Gaga isn’t the only creative visionary in the Germanotta family—she studied fashion design at Parsons and has experience designing costumes for off-Broadway shows.

Her favorite song on Chromatica is “Replay.”

When asked on Twitter which new Gaga song is her favorite, Natali shouted out “Replay,” the 12th track on the album. She has good taste, too: Billboard called “Replay” the best song on the album. “The ’70s disco groove, mixed with the deep house elements that BloodPop expertly weaved throughout the fabric of the album, makes for some of the most danceable music on the album,” writer Stephen Daw said, while ranking Chromatica’s songs.

Replay!!! Already tweeted it before all of this amazing chaos 😍 https://t.co/lPvi0jwvlC

Natali attended the Academy Awards in 2019.

She sat front row with Lady Gaga when she won the Oscar for her work on “Shallow,” Oprah reported. To be fair, it was hard to pay attention to anyone else besides Gaga and Bradley Cooper that night. Natali was also Gaga’s plus one at the CFDA Awards when she won a Fashion Icon award.

She enjoys keeping a low profile.

On Twitter, she has just over 2,600 followers, compared with Gaga’s 81.6 million. (Which is probably a good thing, honestly.) In fact, some people think her account is fake, since she’s not verified. But she’s totally okay with that. “I can be myself and I don’t have the world watching me,” she tweeted recently.

I love when people think this is a fake account, like thank you. I can be myself and I don’t have the world watching me.

She’s not afraid to block people, either.

Blocking people is my passion these days!

Natali glows in no-makeup photos too.

Great skin seems to run in the family. Natali was bare-faced and beautiful with her big sis backstage at the Brandon Maxwell show during New York Fashion Week. 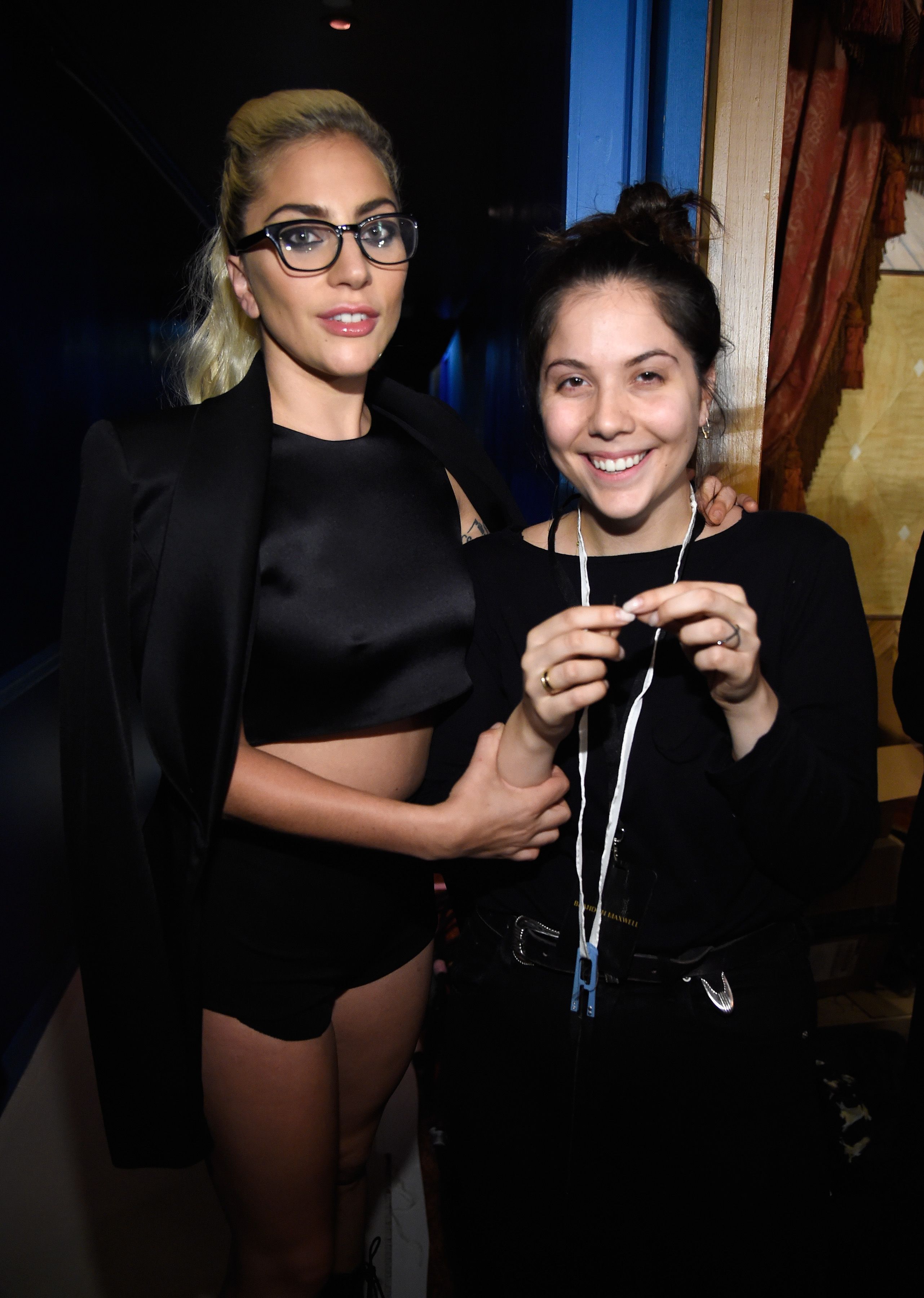 Natali majored in fashion design at Parsons The New School for Design in New York City.

Natali was career-minded when she opted for the fashion program. She told Teen Vogue, “for me, college is less about getting drunk and more about learning what you need for your career.”

She designed costumes for an off-Broadway show when she was 19 years old.

Per Vogue UK, Natali designed costumes for the show Simon Says when she was a sophomore at Parsons.

Natali has been in a music video with Beyonce.

In 2010, Lady Gaga included Natali in her music video for “Telephone.” Her sister appeared as a prison inmate. And, yes, Beyonce also had a part.

She was also in the “Joanne” video.

This time, she played herself.

Natali worked on A Star Is Born.

She was behind the scenes, but her work appeared throughout the film. She was Lady Gaga’s fashion stylist, per IMDB.

She shared a sweet tribute to Lady Gaga’s horse, Arabella, when she passed away earlier this year. Natali has a more compact pet as well, a lizard, which she included in a shoot with Teen Vogue.

No, Gaga didn’t attend Parsons. Both sisters went to the private all-girls school Convent of the Sacred Heart in the Upper West Side neighborhood of Manhattan, per Teen Vogue.

The day after the video for “Alejandro” premiered, during the Fame Monster era 10 years ago, Gaga attended Natali’s graduation from Sacred Heart wearing a lacy jumpsuit and a black veil. Though her fans were extremely into the look, Natali tweeted “how can I forget…” when reminded of the moment recently.

When Gaga sang suspended over the stage in the middle of NRG Stadium, Natali was on hand to give her sis support. She gave her a big hug backstage as well. 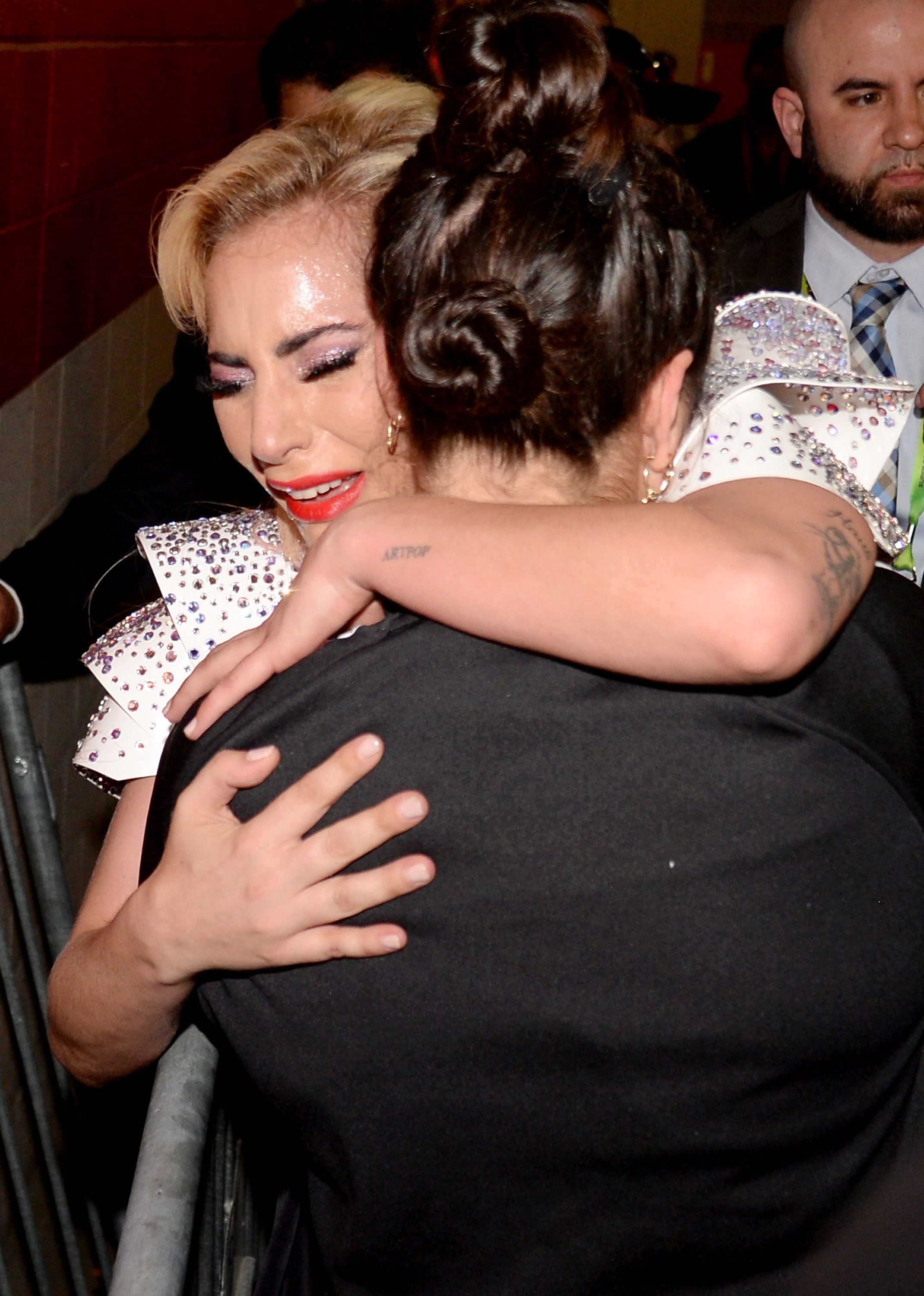 Natali designed her own graduation gown.

Natali has been designing for years. Her graduation look featured a cap on the sleeve, Teen Vogue reported.

Natali and Gaga teamed up to design a doll.

The sisters collaborated on a Monster High doll for Mattel for tweens. They created a zombie version of Gaga, and it’s just as scary as you’d expect.

Natali has her own nickname for Lady Gaga.

It’s time to get funky.

With millions of Americans quarantined in their homes during the coronavirus pandemic, there’s no better time to explore some off-the-beaten-path music. YouTube and Spotify are treasure troves for music seemingly forgotten to time.

Here are five fun, quirky and wonderfully strange tracks to explore during the lockdown.

This delightfully bizarre track is about two astronauts encountering an alien — and it’s a love song. La Bionda’s techno-pop bliss — laced with one hell of a killer hook — is everything we need right now.

The surreal animated music video certainly adds to the experience of “I Wanna Be Your Lover,” which showcases some trippy art and a laser gun battle between our heroes and a lion space-demon.

The duo behind the track, brothers Carmelo and Michelangelo La Bionda, are considered touchstones of the Italo disco genre.

They’ve released eight albums, most recently 2013’s “Come Back to My Life.”

It’s clear that America wasn’t the only country having a blast with pop music in the ’80s. Italy’s second romp featured on this list is Fun Fun’s “Color My Love.”

The music video shows the members of the group trouncing around in a bouncy house wearing white jumpsuits and throwing beach balls. What’s not to love? Good luck getting this European earworm out of your head.

“Color My Love” was a minor hit in the States, reaching No. 9 on the US Dance charts.

Today, why not make this your song of the summer?

Though the lyrics are in Japanese, the synths and melodies in Akiko Yano’s 1980 track are universal.

Yano — a jazz-influenced pianist frequently compared with British art-rocker Kate Bush — delivers the goods on “Hitotsudake,” a gentle ballad with a tempo that builds over the course of the track.

Yano’s career spans over four decades and covers a plethora of genres including disco, folk, jazz, rock and pop.

Time to get moody — Soviet style. The kicking bassline in “At Dawn” keeps things interesting, along with the lead singer’s vocal style, reminiscent of the Cure’s Robert Smith.

Props to the keyboardist’s fabulous sense of style. No one else can rock a pastel Hawaiian shirt and futuristic glasses like that man.

According to the music blog the Spinoff, Russian rock music slowly began to trickle into the culture in the early 1980s as the Soviet Union began easing restrictions during the Cold War. Still, the music and lyrics had to be approved by the government before its release.

Hailing from Los Angeles, Sparks lives up to their name. This track — which sounds something like Queen going through a spooky new wave phase — is both a rocking and unsettling time, led by singer Russell Mael’s unconventional, staccato delivery.

Though the entire song is a bizarre, theatrical treat, it peaks at its soaring guitar solo.

“This Town Ain’t Big Enough for Both of Us” is a strange trip through and through in the best way possible. The audience shown in the video looks understandably perplexed by the song, adding to the track’s mystique.

Sparks still perform today and continues to forge a creative path in rock music. Their most recent album came in May, titled “A Steady Drip, Drip, Drip.”